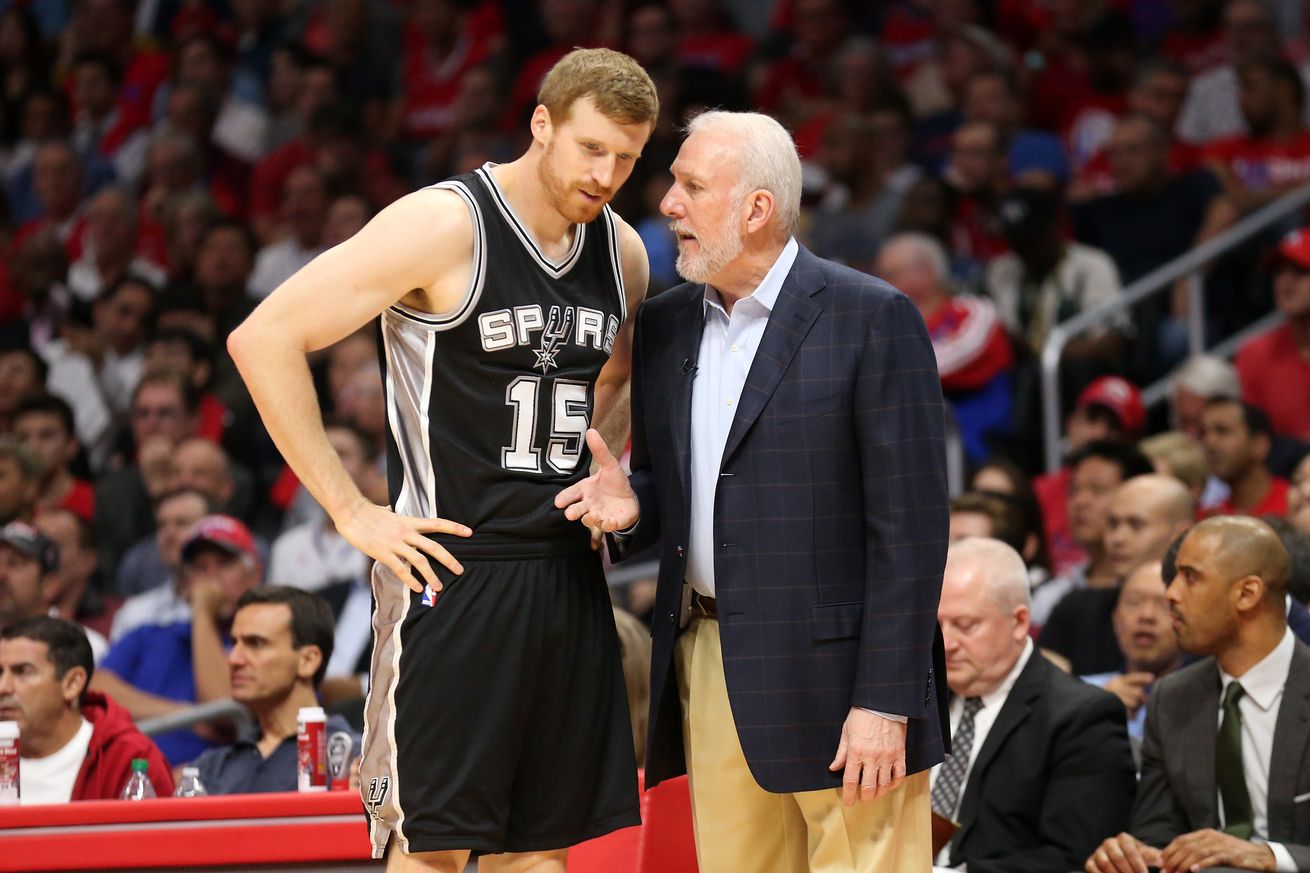 The Red Rocket did not take kindly to the shade Bob threw at his former teammates.

Maybe you’ve heard of it by now, but about a week ago ex-Spur Robert Horry threw some serious shade at two of his former teammates with some pretty outlandish claims, including that Hakeem Olajuwan was “20 times better” than Tim Duncan, a far superior free-throw shooter (actual stats say otherwise), and that Duncan’s famed work ethic paled in comparison to The Dream’s. Horry also blamed Manu Ginobili for the Spurs having not won more than two championships while he was in town.

Suffice it to say, Matt Bonner, who spent 10 seasons playing alongside Duncan and Ginobili, was not impressed with his former teammate of two years. Asked by USA Today for a response, Bonner gave the following story about the New Hampshirite’s first summer workout in the brutal Texas heat to demonstrate just how strong Big Fun’s work ethic really was:

I get there and I go Monday morning, we’re going to do our workouts. These were like the hardest workouts I’d ever done. We were flipping tires in the driveway of the practice facility, lifting weights, doing wind sprints and then playing 5-on-5 pickup, and after all that I’m ready to drop dead. It’s like three hours of hard work in the middle of the summer, six weeks before camp, they’re like, we’re going to go out back and run the hill.

So I go outside and at this point, it’s noon. It’s probably 100 degrees out, humid, I’m exhausted. I go out back and they have this huge man-made hill in the back of the practice facility and I’m like, “Oh my gosh.”

I’m running up this hill. At some point during the hill workout, I was getting light-headed, and I remember swaying a little bit. All of a sudden, BAM! Someone grabs my shirt, starts pulling me up the hill. You know who that was? Tim Duncan. Right there with us every step of the way, doing the whole workout.

I don’t know what Rob would base that on, and I love Rob, he was a great mentor for me. But in my experience, Timmy was as disciplined and hard-working as they come.

Oh, and just for good measure, Bonner added one more zinger just to show how off Horry’s math is:

So there you have it. Who’s word would you take: that of Duncan’s third longest-tenured teammate or one of a former player who left disgruntled and still hasn’t gotten over it nine years later?