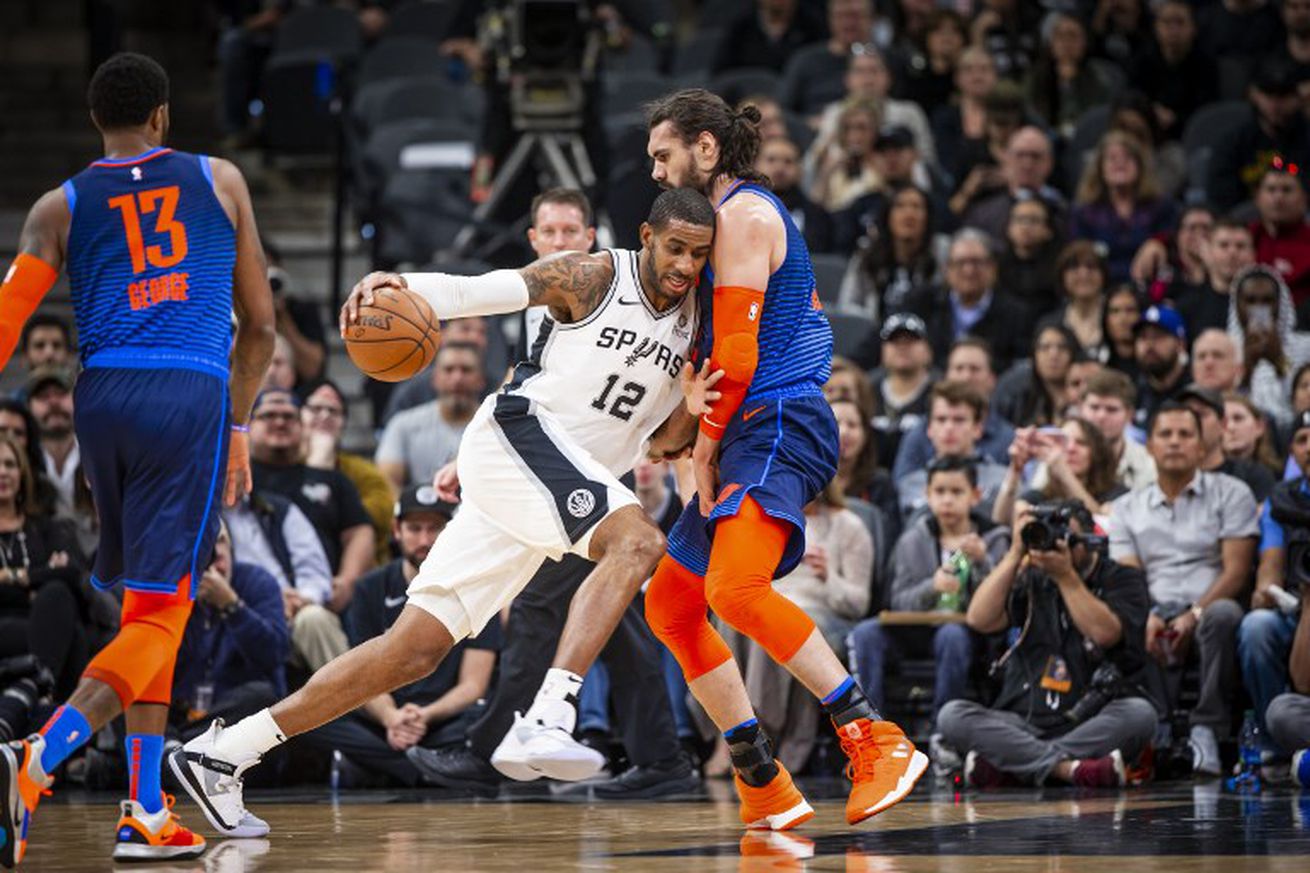 LMA is still just as effective as ever.

LaMarcus Aldridge did not have the best start to the 2018-19 season. After playing the role of Spurs savior in last season’s Nephew-less effort to make the playoffs, he came out of the gates slow this time around. There are multitude of reasons to point to regarding his slow start — eight new teammates, an abundance of injuries (especially at guard) forcing awkward line-ups, a taxing November schedule, etc — but regardless Aldridge started the season averaging a relatively pedestrian 18.3 points on 45.3% shooting throughout the Spurs’ 11-14 start.

Finally, thanks to factors like a six-game home-stand that allowed for plenty of practice and Derrick White returning from injury, the Spurs have improved drastically since then. Even so, an overlooked aspect of the team’s rise has been the improvement of Aldridge. In the last 19 games, in which the Spurs have gone 14-5, he has averaged 23.6 points on 58.3% shooting, bringing his seasonal averages up to 20.6 points on 51% shooting, which is much more in line with what we expect from the All-Star big man.

He has figured out how to handle double-teams, work with his fellow mid-range shooters to find open space, and all culminated in a career night against the Thunder, where he scored 56 points on 20-33 attempts, all within the flow of the offense, and the old fashioned way: without taking a three-pointer.

As Paolo Uggetti of The Ringer put it in his piece on how Aldridge is defying NBA trends and getting things done his own way:

There is nothing striking about Aldridge’s retro game. It is slow, prodding, and heavy on midrange shots. But as he showed in a thrilling, 154-147 double-overtime win against the Thunder, it’s also effective. The Spurs big man finished with a career-best 56 points on 20-of-33 shooting from the field. Like he has all season, Aldridge didn’t sniff the 3-point line, spending his time mostly in and around the paint—where he also grabbed nine boards and four blocks. He was relentless, and OKC played like a team without a clue of how to stop the slow burn.

And my favorite line of all:

Aldridge is also taking more shots closer to the rim and more shots in the deep midrange than he did last season, while dropping the number of 3s he attempts. Lamarcusball is Moreyball’s evil twin.

Being a twin myself, that line made me laugh. Be sure to click on the link above to check the entire thing out!