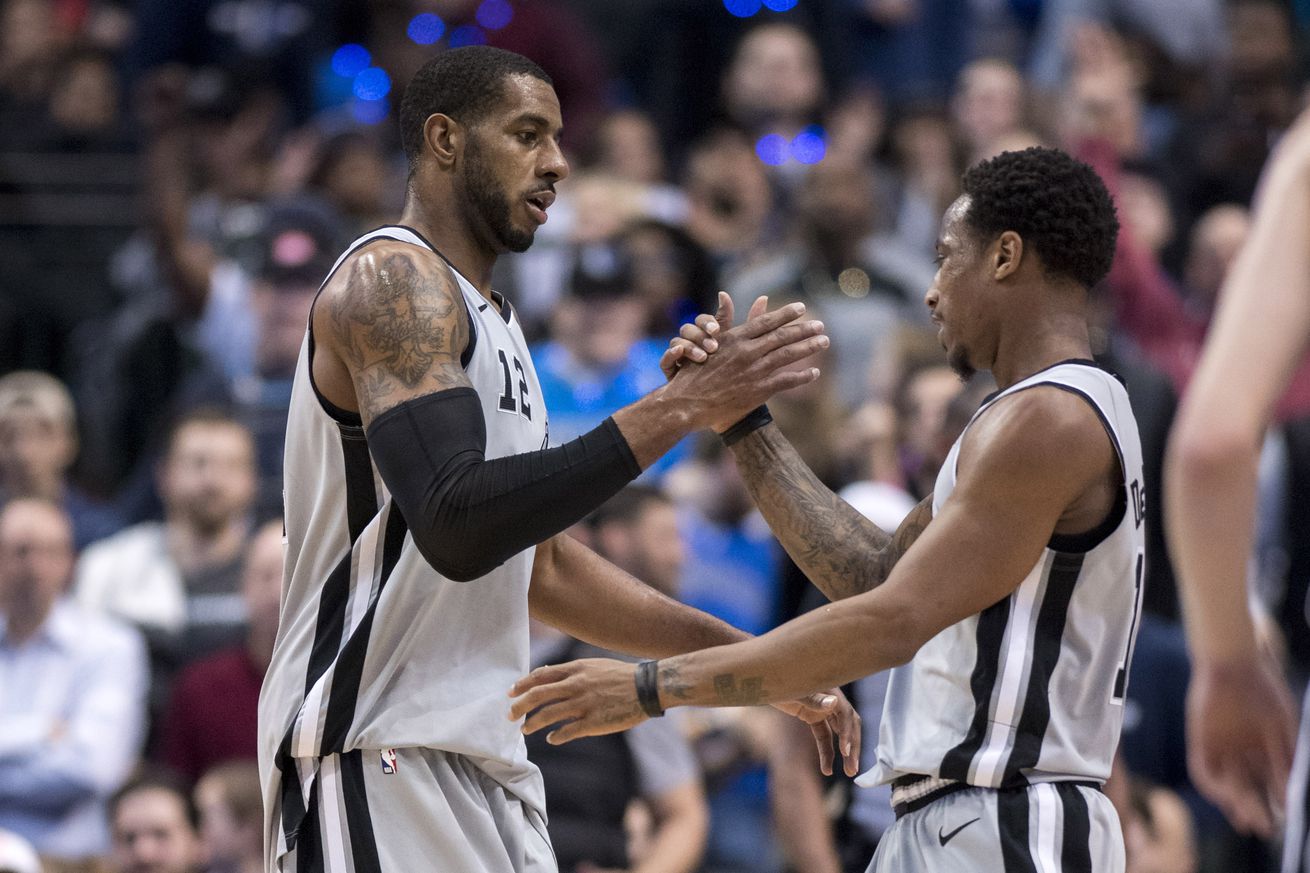 The Spurs just got even more short-handed in Golden State.

The Spurs already entered the Rodeo Road Trip short-handed, with starting guard Derrick White staying in San Antonio after being diagnosed with plantar fasciitis in his right foot and not expected to return before the All-Star break. Now, it is being reported that LaMarcus Aldridge and DeMar DeRozan will sit out Wednesday’s tilt with the defending-champion Golden State Warriors for “load management” (a.k.a. rest).

This isn’t too surprising considering the Spurs have a SEGABABA the next night against the Portland Trail Blazers, and DeRozan and Aldridge have been playing a ton of minutes this season. While the Warriors game has probably been considered a scheduled loss all season, with the odds of pulling out a win getting even slimmer without White, the Portland game could have a more significant impact on the standings.

The Blazers are still catch-able at this point with just a 1.5 game lead over the Spurs (albeit with three fewer losses), and if the Spurs had to pick a game to put all their cards in it would have to be that one since they stand a better chance at a win, plus a loss would give the Blazers a 2-1 series edge with one match-up still remaining in San Antonio.