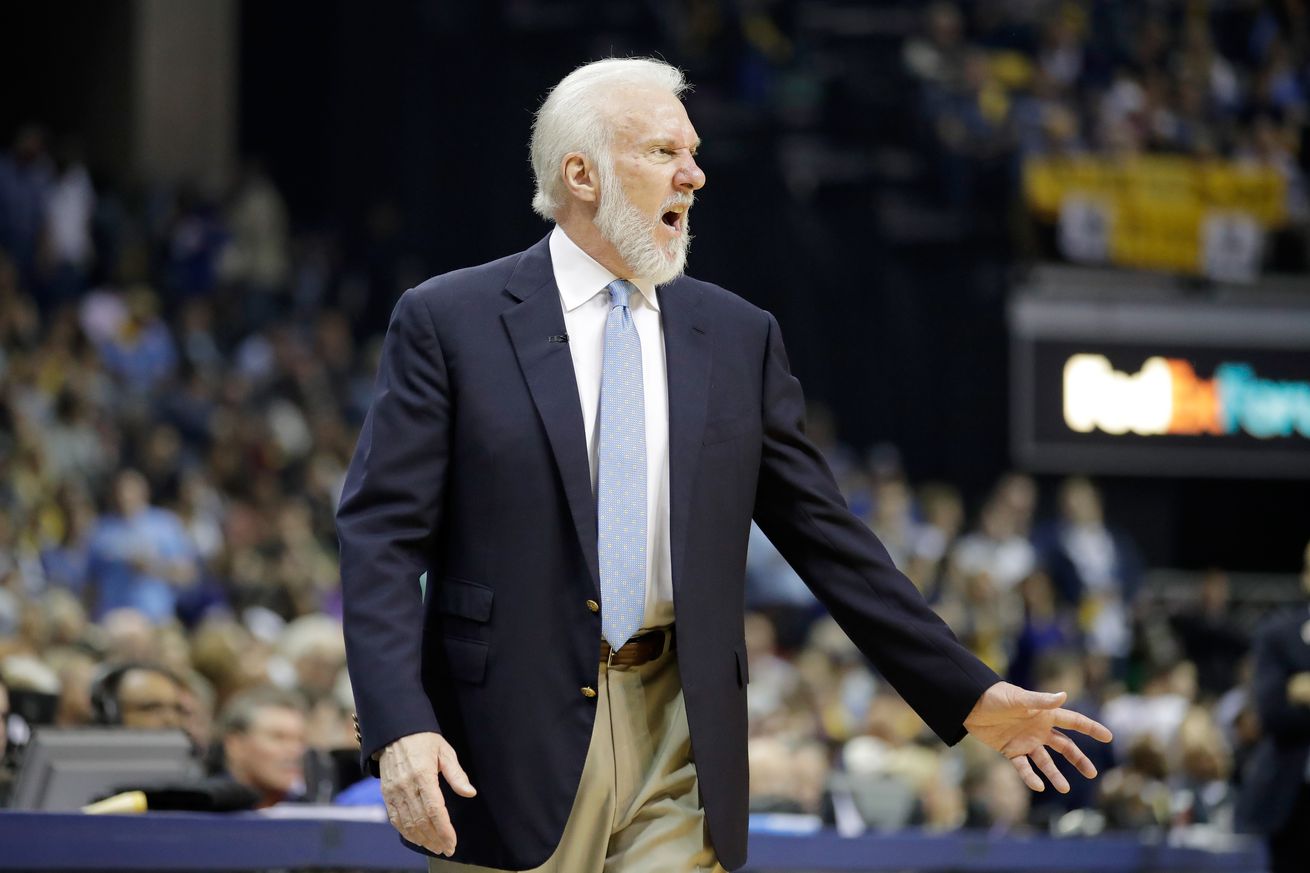 It was a great win for the home team, with Memphis overcoming 22 turnovers and a Kawhi Leonard end-of-regulation torrent to even the series at two games apiece.

The Grizzlies have been very impressive over the last 10 or so quarters. On paper they’re overmatched but they’ve played the last two games with incredible energy and desire. They’ve controlled the feel of the games, slowing things down and making the games ugly and ultra-physical. And it’s worked out for them. The consensus pick before the series was San Antonio in five, with many (including me) predicting a sweep.

And here we are with a best-of-three series on our hands with SA still holding home-court advantage.

The Spurs hold the talent advantage but the difference isn’t nearly as large as it appeared during the first couple of games of the series.

Mike Conley was absolutely outstanding for Memphis, scoring a playoff career-high of 35 as he led the Grizzlies’ offensive attack. The Grizz were plus-nine in his 42 minutes on the floor and a minus-seven when he saw the bench. He added eight assists and grabbed nine boards for his team and he was composed and clutch down the stretch. After the game Memphis coach David Fizdale called him a “superstar”. He certainly was that on Saturday night.

Conley got help from Zach Randolph (12 points), Marc Gasol (16 points, including a difficult, game-winning mid-range jumper), 40-year old Vince Carter (13 points), and JaMychal Green (14 points). Andrew Harrison had a few standout plays off of the bench for the Grizz, blocking a Patty Mills layup off a turnover that would have put the Spurs up four with a minute-and-a-half left to play in overtime.

Harrison hit a pair of clutch free-throws after that to put Memphis up three with 22 seconds left.

For the Spurs, Kawhi didn’t have much help. He scored 40% of SA’s points, including their last 16 of regulation. While that is phenomenal, it’s not exactly ideal. Kawhi was also a game-high plus-18.

And outside of a throwback Tony Parker performance, 22-4-5, there was no help for Whi in this one. And that’s what will almost certainly be what ends the Spurs’ season. The lack of help for Leonard. Kawhi and Tony scored 60% of SA’s points.

LaMarcus was 6-for-11, efficient but ultimately underused, and grabbed two boards.

Danny Green missed all of his threes.

Kyle Anderson somehow played six minutes and was a minus-15.

David Lee had a rough night, though to be fair, Dewayne Dedmon was out with an illness. He’s not a 33-minute guy in the playoffs.

The game started off well for San Antonio, with the Spurs taking a 10-point lead with two minutes left in the opening quarter before Memphis finished the quarter on a 9-2 run putting the game at 26-23.

Memphis continued their push, quickly tying the game before taking a nine-point lead of their own. Memphis succeeded in covering the court in mud and the Spurs couldn’t get anything going offensively in the second quarter, just looking and feeling off. The ball movement wasn’t good and five minutes into the second the Grizz had put together a 24-4 stretch going back to the first quarter.

The only positive was Tony Parker. After posting zero points and zero assists in game three, Parker kept the Spurs in the game in the second quarter, scoring SA’s first 12 points of the period before Pau Gasol got two on a tip-in to cut the Memphis lead to three. Pau then got another putback off a Manu Ginobili miss and it looked like San Antonio was about to turn the game, but Memphis got a pair of threes from Gasol and Vince Carter. By the half the Spurs were down four, 55-51 after Marc Gasol hit a tough jumper at the buzzer, and it wasn’t his last.

A tight third quarter, with three ties, put the Grizz up three going into the fourth.

Memphis started the fourth on a 7-0 run and looked like they were going to put the game away but San Antonio stayed close enough to give Kawhi Leonard a chance to win the game.

And Kawhi gave it all he had. With the Spurs down eight with just under four to play Leonard stole the ball and canned a three the other way. That was the beginning of a Kawhi 8-0 run that tied the game in about a minute. If that wasn’t enough, Whi then hit a three to put the Spurs up three with 2:29 left. He’d hit another three and a fadeaway two as part of his 16-straight for the Spurs. The fadeaway put the Spurs up two with 12 seconds left.

Kawhi scored 16 straight to end regulation tonight – the most consecutive points in a playoff game by a Spur in last 20 years. pic.twitter.com/l91kqsWXTo

But it was Conley and the Grizzlies’ night and Memphis’ point guard answered with a bucket to tie it. Kawhi had a chance after that but he missed badly on the would-be-game-winner, understandable after the effort he put in to get the Spurs back in it.

Overtime was back and forth and with less than a second left Marc Gasol hit an off-balance jumper over great defense from LaMarcus to give Memphis a huge win.

The series shifts back to San Antonio on Tuesday night (time TBD) and we’re assured that the series will go back to Memphis for a sixth game on Thursday.