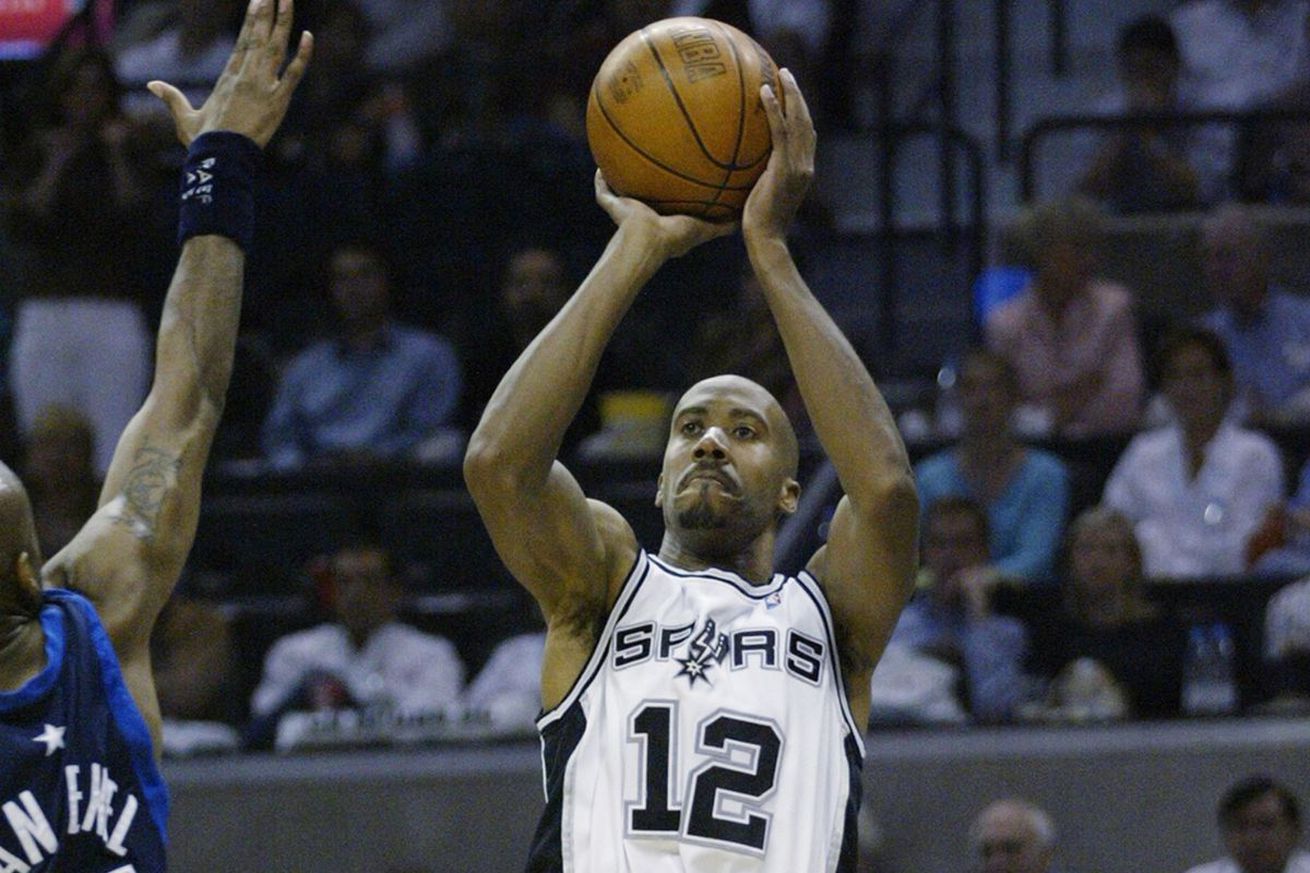 Bruce Bowen did one thing on offense, and he did it very well.

We are back with Spursiest moves and skills of all time. Simply put, these are the grittiest, most overlooked, and most singularly unflashy moves/skills in the San Antonio Canon. If you haven’t already, go back and check out our previous entries, listed at the bottom of this article.

Today we honor a Spur who was the quintessential role player. He was very good on one side of the court (had he played in this decade he surely would have won a particular award that somehow managed to elude him), but defense isn’t what made him Spursy. Rather, it was the one thing he did well on offense before it was popular, making him an inadvertent ambassador for today’s game.

As hard as it can sometimes be to remember a time when the three-pointer didn’t rule the NBA, it actually wasn’t all that long ago that iso-ball was in vogue and the mostly bygone monsters of the mid-range reigned supreme. In that version of the NBA, dominated by a fragilely-negotiated dynasty on the west coast, a certain species of player had managed to go largely unnoticed by a league not yet fully invested in the world of sports analytics. Today we refer to them as 3-and-D specialists, and they’re generally well paid in spite of their limitations, in large part thanks to the San Antonio Spurs’ championship-laden demonstration of their usefulness.

By no account was Bowen the first three point specialist in league (or even San Antonio) history, and he certainly wasn’t the last, but his willingness upon arriving in 2002 to devote himself to the strictures of Gregg Popovich’s game-plan and to maximize the effectiveness of his one significant offensive weapon stands out as one of the first steps in a direction that the modern NBA has since tripled down on.

Gregg Popovich may insist on his hatred of the three-pointer as much as he likes, but the usage of players like Bowen, Danny Green, and Kawhi Leonard (who as some may recall, was supposed to max-out at Bowen 2.0), as well as the tactics of the 2012-2014 Spurs teams stand in direct opposition to the grousing of a coach who doth protest too much, methinks.

It’s to PATFO’s credit that the rest of the league caught on to the effectiveness of their strategies, and to Bowen’s that he almost single-handedly carved out a market for players with limited handle and a non-existent interior game. To wit, with the trade of Leonard and Green to Toronto this summer, this is the first time that the Spurs have fielded a team without a single rotation player shooting .360 or better from three while being projected for at least 3 defensive win shares in the last fifteen years.

In summary: the evidence stands to suggest that to defend well and to shoot in a selective-yet-efficient manner from three is perhaps one of the most well-defined, Spursy traits of the last decade-and-a-half. And for Bruce Bowen, a player who shot .416 from the corner for his career (which is better than both Green and Matt Bonner) while averaging 3.36 defensive win shares per season in a Spurs uniform against a career FG% of .409, it’s further confirmation of his not-insignificant place in both San Antonio and NBA history.