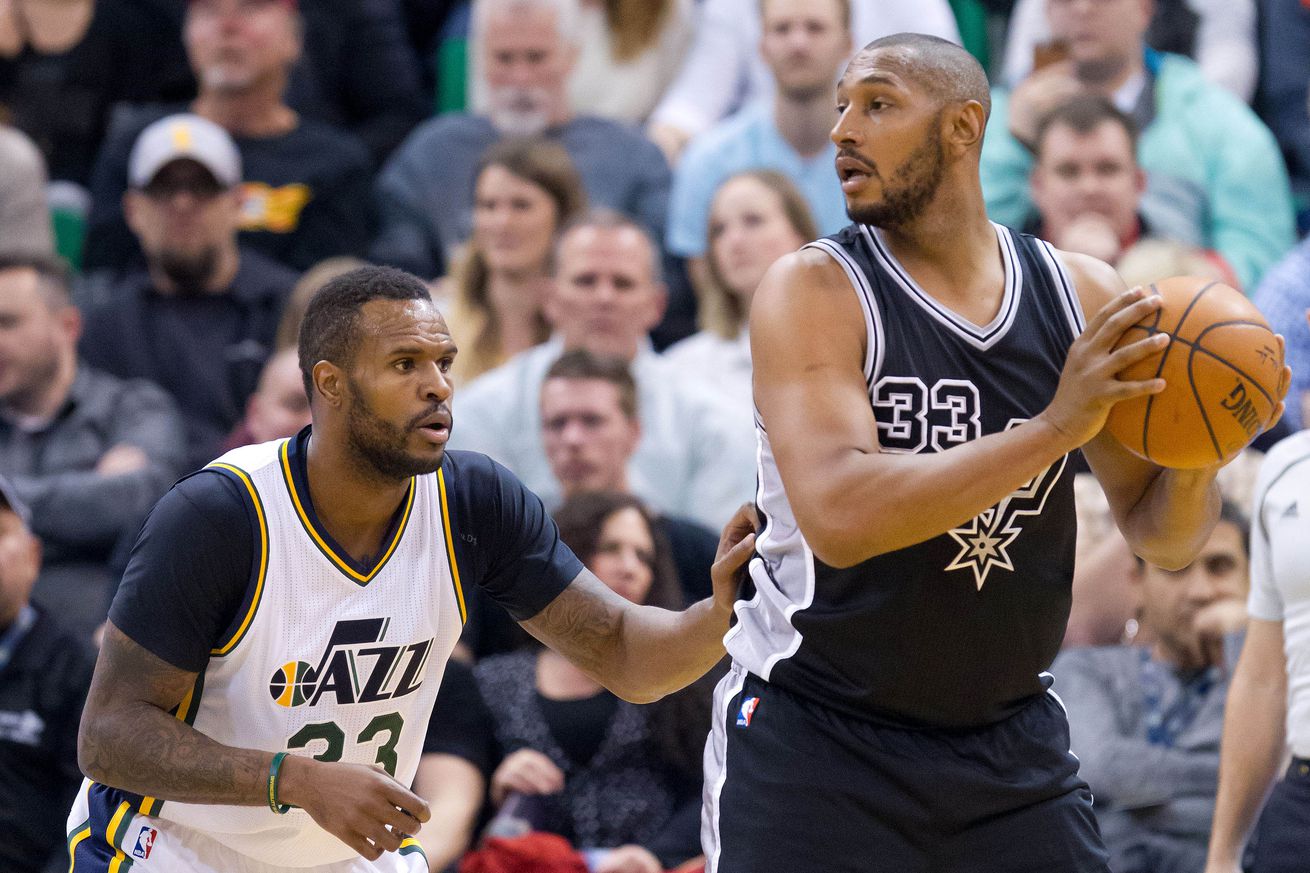 Was anyone more Spursy than The Most Interesting Man in the World?

It’s time to take a look at perhaps one of the Spursiest Spurs of all time. Dubbed The Most Interesting Man in the NBA (or possibly world) by many outlets, this relaxed yet talented personality arrived in San Antonio when no one else wanted him anymore — how Spursy is that? — and helped jump start “The Beautiful Game” thanks to the unique post game that not only rendered him a crafty scoring threat, but also allowed him to leverage his other skills into a position as one of the best passing big men in Spurs history, as well as a walking mismatch that even LeBron James and the Heatles had no answer for.

Of all the entries in this series, this is perhaps the sexiest. This is also not a skill that was developed primarily while playing for the Spurs. Boris Diaw possessed a shifty post game long before entering the NBA, and during his time in Phoenix (much to the chagrin of Spurs fans) he began to gradually hone it into a formidable weapon, but it wasn’t until his arrival in San Antonio that Boris elevated an already considerable skill to the level of basketball art.

Always shockingly agile for his size, the combination of his late career girth and acclimation to a Spurs system better suited to fully exploit his unique array of skills than perhaps even that of offensive guru Mike D’Antoni transformed his post game into the ultimate team-friendly weapon. With the help of his now-considerable Gallic posterior (and in the absence of a clear lane), Boris would methodically back down his defender a la Shaquille O’Neal until he found himself in position to unleash a variety of remarkably effective spins, fakes, and shimmies that would have made Hakeem “The Dream” Olajuwon proud.

But it’s not that part of his post work that made it such a ‘Spursy’ skill. What made Diaw’s post game so remarkably unique was the way that he used its effectual gravity to set up his teammates. Whereas Shaq primarily used this as a dreadnought scoring maneuver, Diaw used it to draw interior and perimeter defenders alike out of position in an effort to free up shooters. And no Spurs big man— not even Tim Duncan — has ever been more suited to take advantage of those strategic lapses and miscalculations like Diaw.

Occasionally pressed into service on other teams as a point guard due to his passing prowess, he would send dime after crafty dime through outstretched arms, between smothering double teams, and even behind his back on occasion, proving his predilection to be even deadlier in the paint than it was from the top of the key. The more successful his exploits were down low, the more the rest of San Antonio’s offense hummed with lethal intent as Diaw hit the inevitably open shooters.

Many a big man in the history of the NBA has developed an array of virtually unstoppable post moves, but almost none of them have done so with the intent to pass first, and that’s exactly what makes this move one of the most ‘Spursiest’ of all.