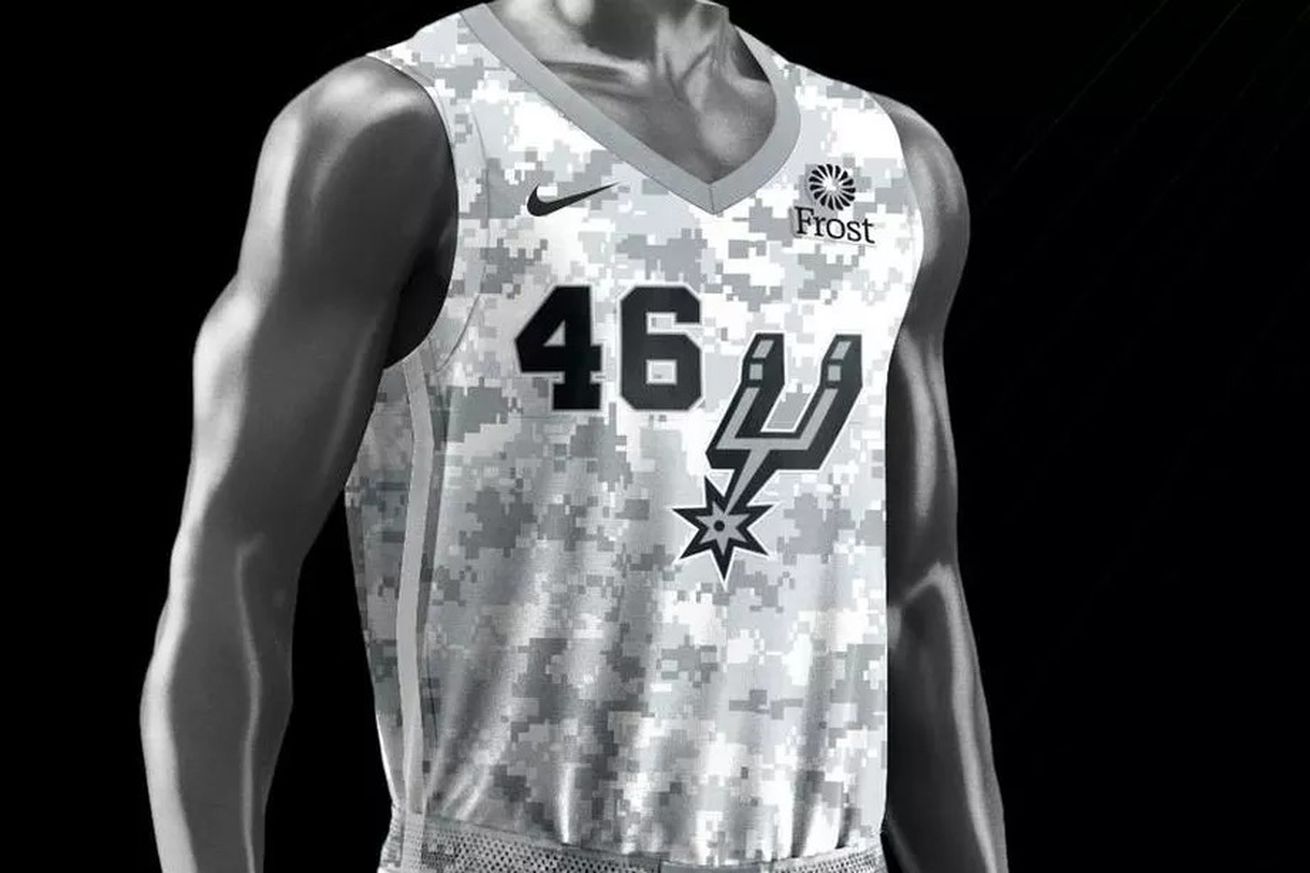 A special uniform for last season’s playoff teams has been revealed.

Remember not too long ago when a ghostly-white camouflage Spurs uniform was leaked, and we wondered if they were their “City Edition” uniforms designed for Military Appreciation Night? It turned out that was not the case, as the City Editions ended being closer to last year’s black camo uniforms.

However, the white camos have made a return, this time in an official capacity. Nike has released their “Earned Edition” uniforms, which go to the 16 teams who made the 2018 Playoffs.

Solidifying a spot in the NBA Playoffs now comes with a new perk: The 16 deserving teams from the 2017-18 season will add new Nike NBA Earned Edition uniforms into their rotations as they compete for the NBA championship. The new looks, which are variations of each team’s Statement or City Edition uniforms, aim to supply fans with a tangible claim to both their team’s heritage and current success streak.

Some teams will debut them on Christmas, but considering the Spurs were snubbed from the schedule on that day (surely much to their satisfaction), they will wear them for the first time soon after.

The Earned Edition uniforms will be available for purchase beginning on December 19 at Nike.com or store.NBA.com.