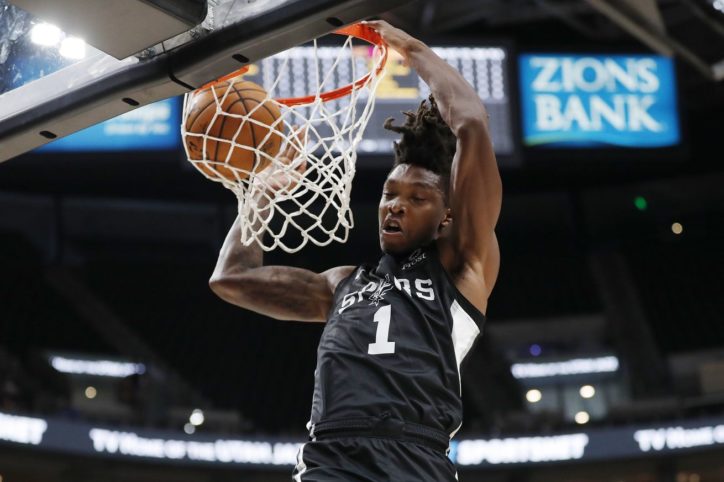 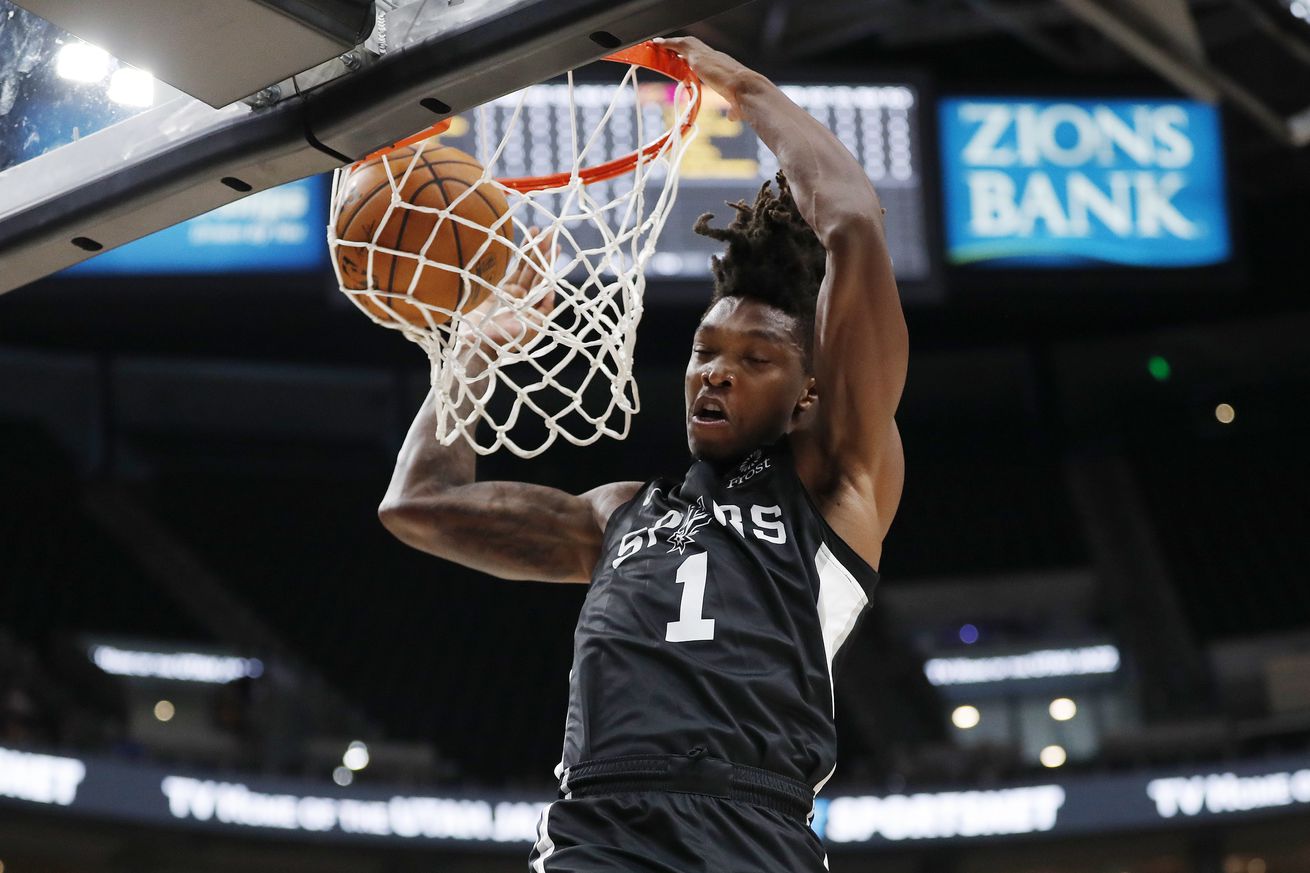 How did our guys perform in their Salt Lake City debut?

The San Antonio Spurs opened up Salt Lake City Summer League play with a 97-89 victory over the Cleveland Cavaliers.

It wasn’t always pretty, but Summer League games are rarely a perfect picture of precise execution. After all, when rosters consist of undrafted NBA hopefuls, lifelong G-Leaguers, and first-year players, who can blame them?

Some guys stood out while others failed to meet immediate expectations. How did San Antonio’s young guns fare in their first Summer League outing of 2019?

Lonnie Walker IV was the team’s clear-cut leader and go-to scorer. The University of Miami alum looked more comfortable than he did a year ago, and he put the team on his back down the stretch.

What stood out the most to me was his improved mid-range pull-up game and his ability to track down boards. Although he’s made considerable strides since his first go-round, Walker continued to play out of control at times, and that led to three careless turnovers and few boneheaded fouls.

All in all, Walker was the best player on the court and by far the most explosive athlete in the arena. His 20 points led all scorers and his seven rebounds tied for the team lead with rookie Luka Samanic.

The second-year shooting guard had a solid performance on both ends, but I have a sneaking suspicion we haven’t seen the best from Lonnie Walker IV. Look for him to build some momentum as his confidence grows.

The former Oregon State Beaver was silently efficient in his 2019 Summer League debut. Eubanks ended the night with 13 points, albeit on just four shot attempts and eight trips to the free throw line.

Drew overpowered his man and displayed great awareness to roll to the basket for easy finishes. He even stretched the floor with a mid-range jumper that hit nothing but the bottom of the net.

Some Spurs fans were worried when San Antonio seemingly ignored their need for big men on day one of free agency, but Eubanks made a promising case to assume backup duties tonight.

He played for the Silver and Black on a two-way contract last season and will once again be back in 2019-2020 on the same deal. Although there’s no guarantee he’ll make the opening day lineup, expect him to build his resume with more effective Summer League appearances.

Please temper expectations if you hoped for Samanic to light up defenders from the first whistle. It’s not that he was bad, in fact, he was pretty darn good.

Samanic scored 11 points, gathered 7 boards and sent away two shots all while showing off his surprisingly refined handle and striking composure. Sure, I’m singing his praises, but it’s not as though he did no wrong.

Luka Šamanić is a true triple threat at 6’11”
Pump fake, drive to his off hand, finish through contactpic.twitter.com/E5wEI5mJ32

Despite giving us a glimpse into a very bright future, stronger players easily altered his shot and bigger forwards tossed him around like a rag doll on their way to an easy two points down low.

Stamina, strength and decision making will all be areas to improve upon going forward. With that in mind, he should continue to show flashes of his immense upside for the remainder of the summer.

Tune in for a few minutes next game. I promise you won’t regret it.

Keldon Johnson played 19 minutes in his first taste of Summer League action. Unfortunately, whether it was his four total points or two official shot attempts, it felt like he was hardly on the floor.

The 29th pick of the 2019 Draft looked overwhelmed out of the gate, but he somewhat made up for it with active hands on the defensive end. Johnson became noticeably more comfortable as the game progressed, he just never found an opportunity to make his mark.

Two-for-five at the charity stripe is not good. However, the fact he was able to effortlessly draw fouls is an encouraging sign. Don’t get too worked up over his underwhelming debut, this won’t be the last time we see him suit up this summer.

First Round #NBADraft pick Keldon Johnson gets the and-1 to fall for his first bucket with the @spurs! #NBASummer

The Spurs believed Keldon was the best player at his position on draft night, and it’s hard to imagine they won’t give him a longer leash. Spare me your “Keldon Johnson’s a bust” takes, they won’t look too good once he adjusts his play.

I can say with 100 percent honesty that Quinndary Weatherspoon was the most impressive Spurs rookie I watched tonight. He played junkyard defense and scored in a variety of ways.

Weatherspoon attacked the basket, finished at the rim, and even knocked in a buzzer-beating triple off the backboard. His 13 points tied for second on the team with Drew Eubanks, and his 2 assists were both great finds.

If I had a couple of criticisms, it would be that he got a little too reach-in happy and a little too ambitious with his passes. I can’t dog on a player for trying their best to lock down the opposition, but I can promise those 4 turnovers wouldn’t sit well with Pop in San Antonio.

Speaking of San Antonio, don’t be surprised if this kid breaks the Spurs rotation at some point next season. It would probably take an injury or trade to make room for Weatherspoon, but he’s already better than advertised. He’s on a two-way contract, so the opportunity will be there.