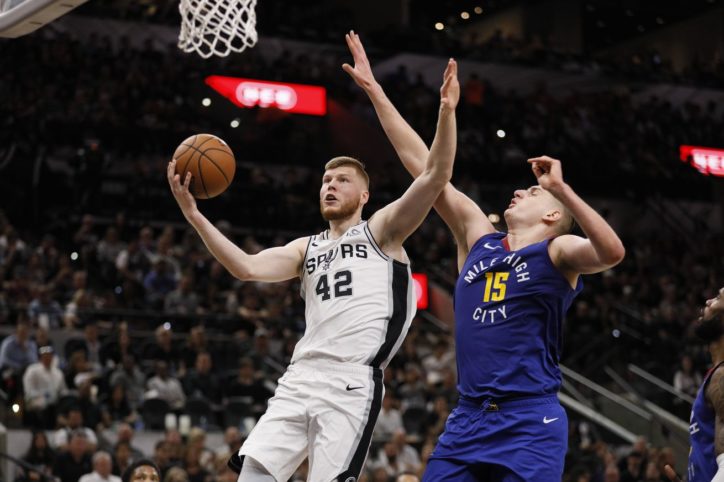 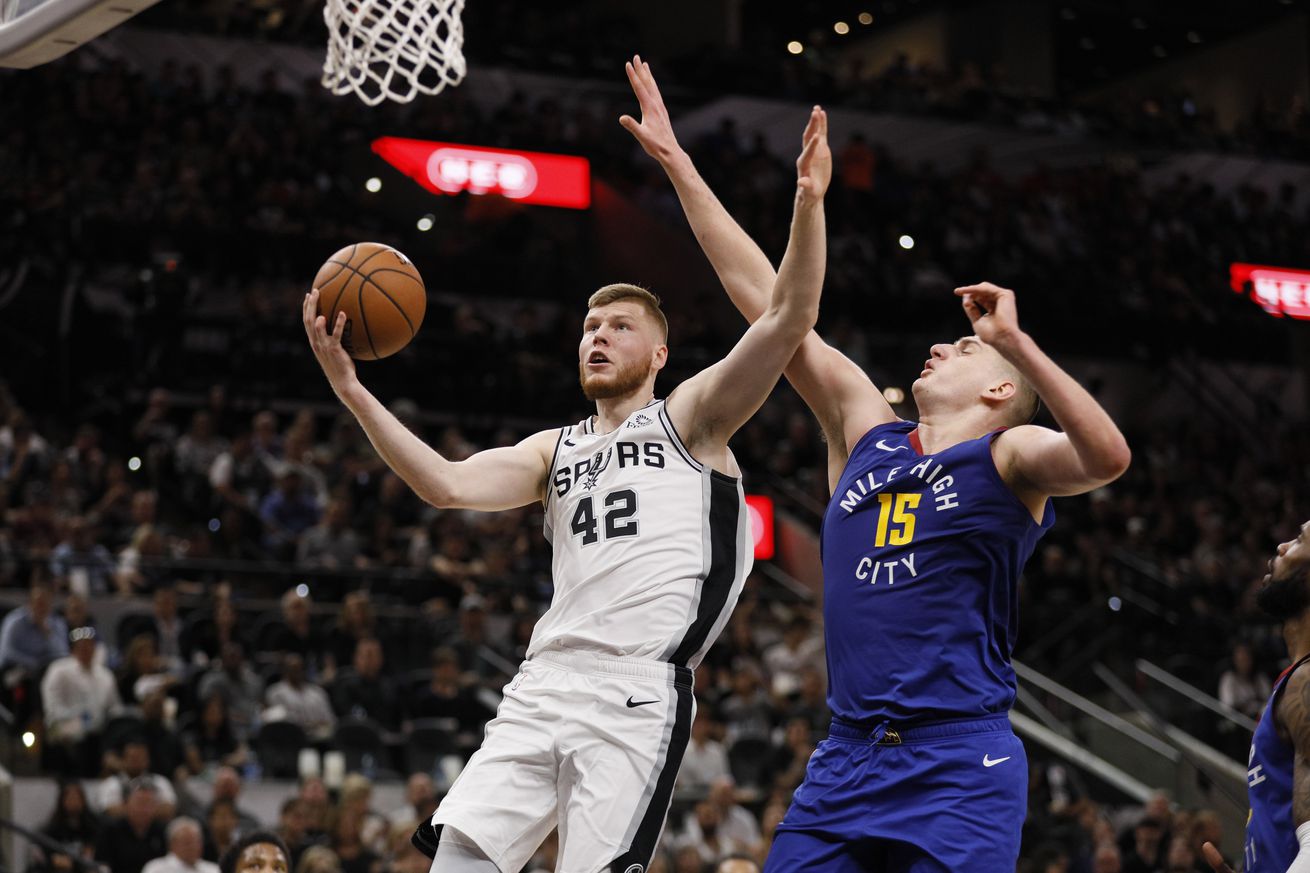 The Nuggets defense is doing a decent job, but there’s more threes to be had if the Spurs seek them.

The Spurs appear to have all but abandoned the three pointer. No team has taken fewer threes than they have so far this postseason. That they are last isn’t much of a surprise; they were last in the league in three point attempts in the regular season, too. But not by this much.

Through 82 games, the Spurs’ took threes on 26.6% of their shots, less than a percent behind several other teams. Through 4 games of their first round playoff series against the Nuggets, threes have only accounted for 18.4% of their shots.

There are several reasons for that, starting with the Spurs’ own offensive dynamics. As Kevin O’Connor wrote for The Ringer, the Spurs’ offense changed dramatically between the starters and the bench. With the starters on the court, a little over 20% of their shots were threes. In any other combination, the Spurs took threes on 31% of their attempts. That’s still not a lot, but it’s at least a reasonable amount.

The players with the biggest impact on the Spurs’ three point attempt rates are exactly who you’d guess they are. They shot threes about 10% less often when DeMar DeRozan or LaMarcus Aldridge were playing and about 10% more often when Marco Belinelli, Patty Mills, or Davis Bertans were on the court.

As the Spurs have allocated more minutes to their starters, particularly DeMar and LaMarcus, there’s been less time for the Spurs’ three point machines to get loose. In the regular season, the Spurs averaged about 10 minutes per game with neither on the court. In the playoffs, that number has dropped to about 5.

At the same time, Davis, Marco and Patty are playing 4-6 minutes less per game. With that reallocation of minutes, the Spurs’ offense was always going to work a little more in the midrange and a little less from deep.

But Denver has done an excellent job of nudging them farther in that direction. The Nuggets have designed and executed a simple but effective game plan that seeks to force the Spurs’ best shooters into dribble penetration. Look how high Nikola Jokic is on this dribble hand off between Jakob Poeltl and Davis.

Davis manages to drive for a layup, but that’s the trade off the Nuggets are willing to make. Jokic and the Nuggets’ other bigs are committed to deterring three point shots on this action.

When Derrick White takes the hand off, Jokic is retreating to the foul line ready to track Derrick into the paint. But when it’s Bryn Forbes, he’s sneaking out and around the screen to get a hand on the ball. The difference is just a step or two, but that’s enough to disrupt the attack.

The Spurs can make this a little more difficult on the Nuggets, though. Bryn’s hop actually takes him towards Jokic, something he can easily fix. And LaMarcus could roll hard to the rim, forcing the Nuggets to either switch or potentially putting Torrey Craig in a 2 on 1 on the back line.

The Nuggets have also been very aggressive in trailing shooters over screens at times, a tactic that makes it easier for their bigs to drop to prevent penetration, something Patty took advantage of in a few instances in Game 4.

Patty’s ability to exploit that tactic led to multiple defensive breakdowns in the 4th quarter, with Patty and Jakob working the pick and roll for several layups.

Like Patty, the rest of the Spurs need to find ways to punish the Nuggets for working so aggressively to deter threes. A couple of three shot fouls and some drives to the basket will definitely loosen up a defense.

They also need to do a better job of looking for open three point shooters. As good as the Nuggets’ defense has been, the Spurs have made it easy on them at times, failing to hit the open man on the few occasions where a defensive breakdown left a shooter open.

The first play ends up with a heck of a highlight as LaMarcus slams home the one-handed putback, but Davis is wide open on the right wing as Marco pulls up from the left baseline with 9 on the shot clock.

Davis passes up on the corner three to start the second play, but then spaces back out to the arc. Even though LaMarcus is at the free throw line and Jokic, who’s ostensibly guarding Davis, is all the way down on the left block, LaMarcus takes the difficult and contested turnaround jumper.

For a team that struggles to generate threes, these missed opportunities have an even greater cost. The Spurs need these looks. The points are obviously valuable, but the space those made threes provide for dribble penetration is critical to keeping the offense moving.

If the Spurs can’t find a way to take — and make — at least a few more threes each game, they’ll have little chance of keeping up and almost no chance of moving on.