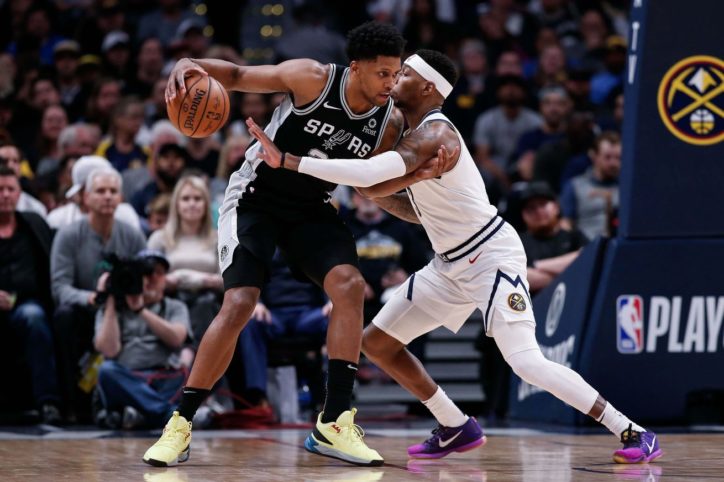 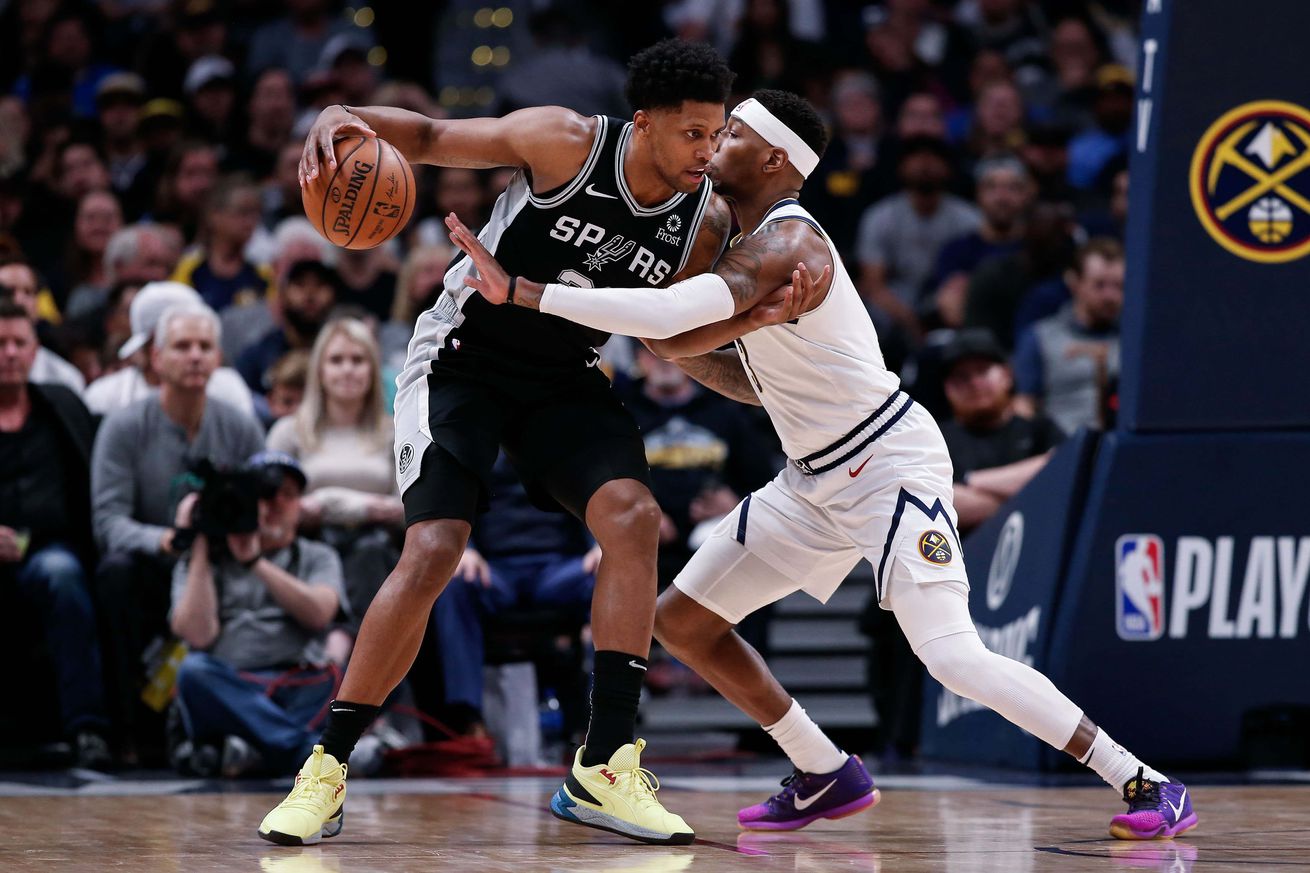 Gay needs to be productive for the bench to stop struggling.

Rudy Gay completely rejuvenated his career in San Antonio. He not only made a full recovery from an Achilles tear but also shed the label of empty calorie throwback scorer by embracing a combo forward role and upping his three-point attempts. Whether as a starter or off the bench, he’s been a key contributor for the Spurs.

Unfortunately, that has changed in the postseason. Rudy gave the team a boost on Game 1 but has largely disappeared since then, leaving the second unit devoid of a much needed scoring punch. The Spurs’ need their best bench scorer and creator to snap out of his funk if they hope to win the series.

The struggle has been real. Gay is shooting 30 percent in the playoffs and just 12 percent in the past three games. He’s made three of seven three-pointers but two of those makes came in Game 1. Since then his scoring has been low and inefficient. Making matters worse, he’s also been coughing the ball up so much that he has more turnovers than assists in the series. The majority of his buckets — 60 percent to be precise — have been assisted in the playoffs. Gay’s value comes as a scorer and shot creator, and he’s been struggling in those areas. That’s not all, unfortunately. While he’s been a prolific rebounder, the Spurs get destroyed on the boards when he’s on the court. It’s really not surprising that he has the worst net rating out of all rotation players by a significant margin.

His poor individual performance has only exacerbated the issues the bench as a whole has been having. The Nuggets have made it a priority to contain what Michael Malone has called “the international lineup,” which consists of Patty Mills, Marco Belinelli and Davis Bertans. Denver has done exceedingly well at it so far, essentially neutralizing San Antonio’s bench shooters. Since those guys can’t create on their own, by not helping off them and chasing them off the arc, the Nuggets have taken away one of the Spurs’ most important weapons. In this context, Gay’s ability to create his own shot and force mismatches that might require aggressive help defense is even more important. He’s not been able to deliver so far.

The biggest issue on offense is that Gay hasn’t been able to overpower his defenders. Torrey Craig has been physical with him while Mason Plumlee has spaced Gay out and dared him to shoot over him, something he has not been willing to do. Those two have been reasonably effective on him, yet the one opponent who is giving Gay the most trouble is the one Denver has used the most to defend him: Paul Millsap. Millsap is strong enough to handle Gay in the post and quick enough to stay with him on drives. As a result, Rudy has not been getting to the rim, instead taking tough mid-range shots and floaters that he’s not been able to connect on consistently. With Millsap as his defender, Gay has scored 14 points on 14 shots with three assists and five turnovers. Since Game 1, he’s scored four points on 10 shots with two assists to three turnovers.

Can Gay turn things around? It’s possible, but not a given. He struggled greatly against the Nuggets in the regular season, posting averages of nine points on 31 percent shooting (seven percent from beyond the arc). It might simply be a bad match-up for him.

Still, the Spurs will have to try to get him going, since the bench needs his scoring. Using him as a screener more could help. Pop understandably wants to attack Jokic whenever he’s on the court, which means the centers set picks and Rudy spends a lot of time standing around in the weak side. Millsap is happy to leave him open to tag the roll man, so he’s really not of much use there. Having Gay as a pick and pop threat might get him more involved. He was really bad as a roll man in the regular season but he might get open looks after screening for White on the side, considering how the Nuggets guard the pick and roll.

If he hits a few shots those screens could also potentially force switches in which a smaller player has to guard Rudy, which is exactly the type of situation in which his bully ball style could be effective. Even if the Nuggets refuse to switch, Gay could face a scrambling defender if he attacks immediately after the screen, which might allow him to draw more fouls.

Other than that, it doesn’t look like there are simple adjustments to make. Pop could try starting him over Jakob Poeltl, but that would mean even more minutes matched up with Millsap and it would force Aldridge to guard Jokic. Starting him over Forbes would leave the Nuggets with nowhere to hide Murray, but the trade off would be a substantial loss of outside shooting. Playing Rudy at center when Jokic is resting could give him the room he needs to operate, but the Spurs barely experimented with such lineups in the regular season, so it’s unlikely Pop gets that improvisational in such a critical moment.

The answer, as simplistic as it seems, is for him to simply play better. There’s room for improvement everywhere. He won’t be able to completely shut down Millsap, but might be able to make him work more for buckets and boards. On the other end, he just needs to be more aggressive. No hesitation, and no drives with no plan that end in a last second pass. If his defender gives him room, he needs to pull up. The Spurs need someone off the bench to score, and the others are shooters that need to be set up. Gay has to be the one to lead the way.

Gay came to San Antonio to finally enjoy the playoff success that eluded him earlier in his career. He changed his game, becoming the quintessential modern combo forward. It was all so that he could deliver in moments like these. Hopefully he’ll seize the opportunity to be a difference-maker in the postseason, because the Spurs need him badly right now.