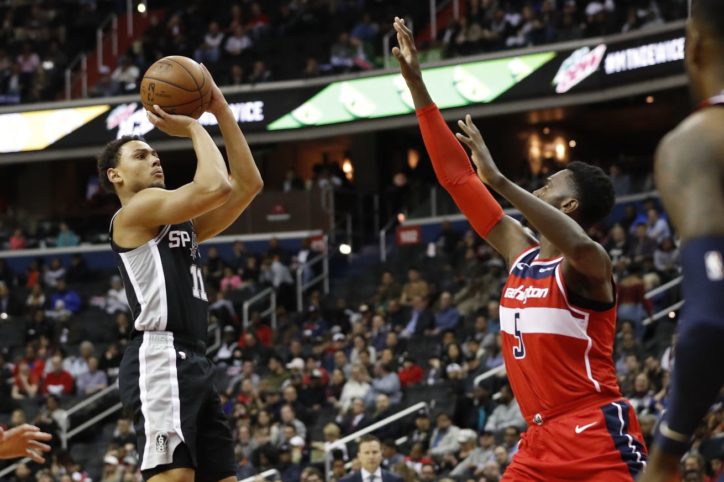 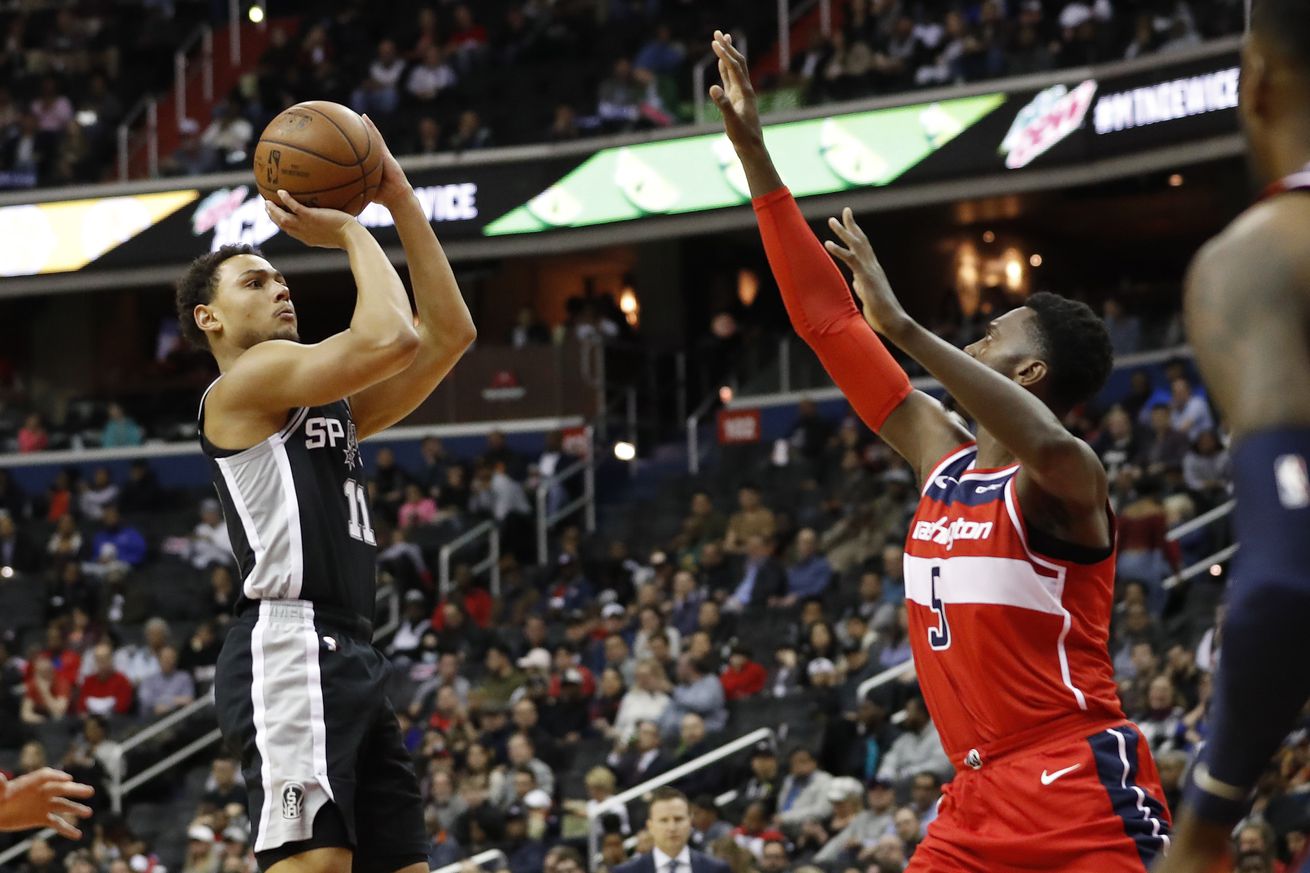 Forbes has been a revelation whom no one saw coming.

The Spurs bounced back from a rough loss in Denver by playing one of their best offensive games yet to put away the Wizards on Friday night. Even more so than the Spurs, the Wizards’ 29th ranked defense has been the cure for what ails opposing offenses this season. Right on cue, the Spurs put up their 3rd most efficient offensive game of the year, scoring 137.2 points per 100 possessions per Cleaning the Glass, right behind their last game against the Wizards, in fact.

When the Spurs’ offense is humming like that, it’s usually because DeMar DeRozan and LaMarcus Aldridge are drawing help, and their shooters are knocking down shots. While that was the case in this game, to an extant, the offense seemed to come from everywhere. The Spurs’ secondary ball handlers, in particular, did an excellent job of keeping the game moving, getting into actions, and making good decisions with the ball.

Patty Mills has long been a pro in that role, but Bryn Forbes’ emergence as a viable threat all over the floor has been a large part of the team’s success this year. The two combined to score 34 points on 11/21 from the floor with 7 assists and no turnovers. While Washington’s defense deserves a fair amount of credit for that performance, the Spurs’ will likely have to rely on similar performances in a playoff series, as their opponent keys in on the Spurs’ stars, forcing their role players to step up.

Bryn, in particular, continued to show off the diversity of his game, including the new found knack for creative passing to his bigs that made its way into Zach Lowe’s 10 things this week.

There’s nothing overly complex here, but Bryn reads the big, sees where the help is coming from, creates a passing lane, and even attempts to look off the help, turning his head to Derrick White in the left corner as he passes to LaMarcus.

Early in the 2nd, Bryn got the ball in a similar situation, although this time with nobody in the strong side corner.

With the Wizards pushing Bryn towards the sideline, Jakob Poeltl slips out of the screen and finds a spot at the corner of the lane where he’s available. As Bryn takes both defenders baseline, Jakob begins to slide with him, and as soon as there’s a window, Bryn drops a perfect bounce pass between them. For his part, Jakob should probably take a power dribble and dunk this, but that’s not his style, and the soft floater drops through.

Bryn also continued to show how deadly he is with the ball in his hands anywhere near the three point line.

He works the defense, probing and resetting, until he catches Jeff Green sagging too far off Dante Cunningham. Bryn takes the dribble hand off then immediately reverses back over another screen from Dante into an open look from the top of the key.

Bryn’s shooting 38.5% on pull up threes this season on 4 attempts per game. Only 6 other players have been that accurate on more than 100 attempts this season. Big man defenders who sag off their mark can get torched by players like Bryn. He can, quite literally, shoot a team out of their preferred defensive coverage. But that’s the part of Bryn’s game that was most expected.

He’s scoring more points, pulling down more rebounds and averaging more assists than last season, no matter whether you use per game, per 36 minutes, or per 100 possessions, all while handling a greater load on offense and starting 79 of the team’s 80 games. That’s something very few, if anyone, would have predicted last summer.

He may well end up under the microscope this postseason, though. As teams scheme for DeMar and LaMarcus, players like Bryn and Davis Bertans are going to end up with the ball in their hands late in the shot clock, and need to create something of value. Bryn’s shown that ability, but doing so in the harsh light of a playoff series is another thing entirely.

As Zach Lowe says in his piece, Bryn’s not a long-term starter in this league, but his development has been an important part of the Spurs’ success this year. For now, he is a starter, and whether he can continue to perform like this in the playoffs will go a long way towards determining just how long this team can stay alive.