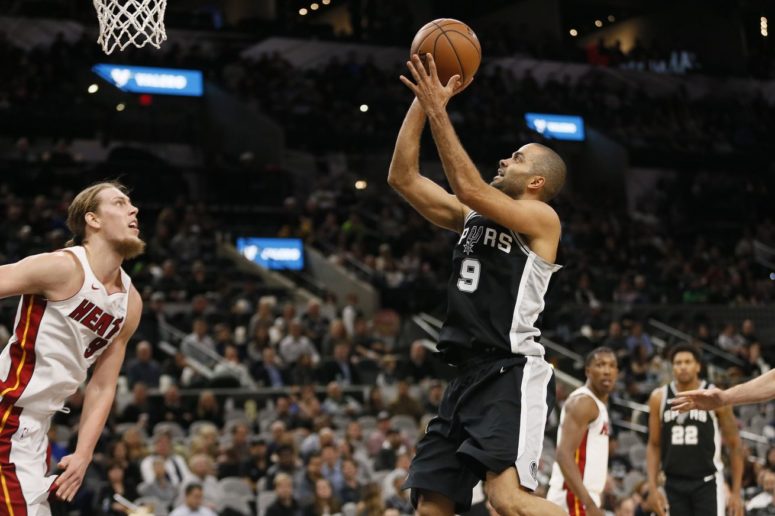 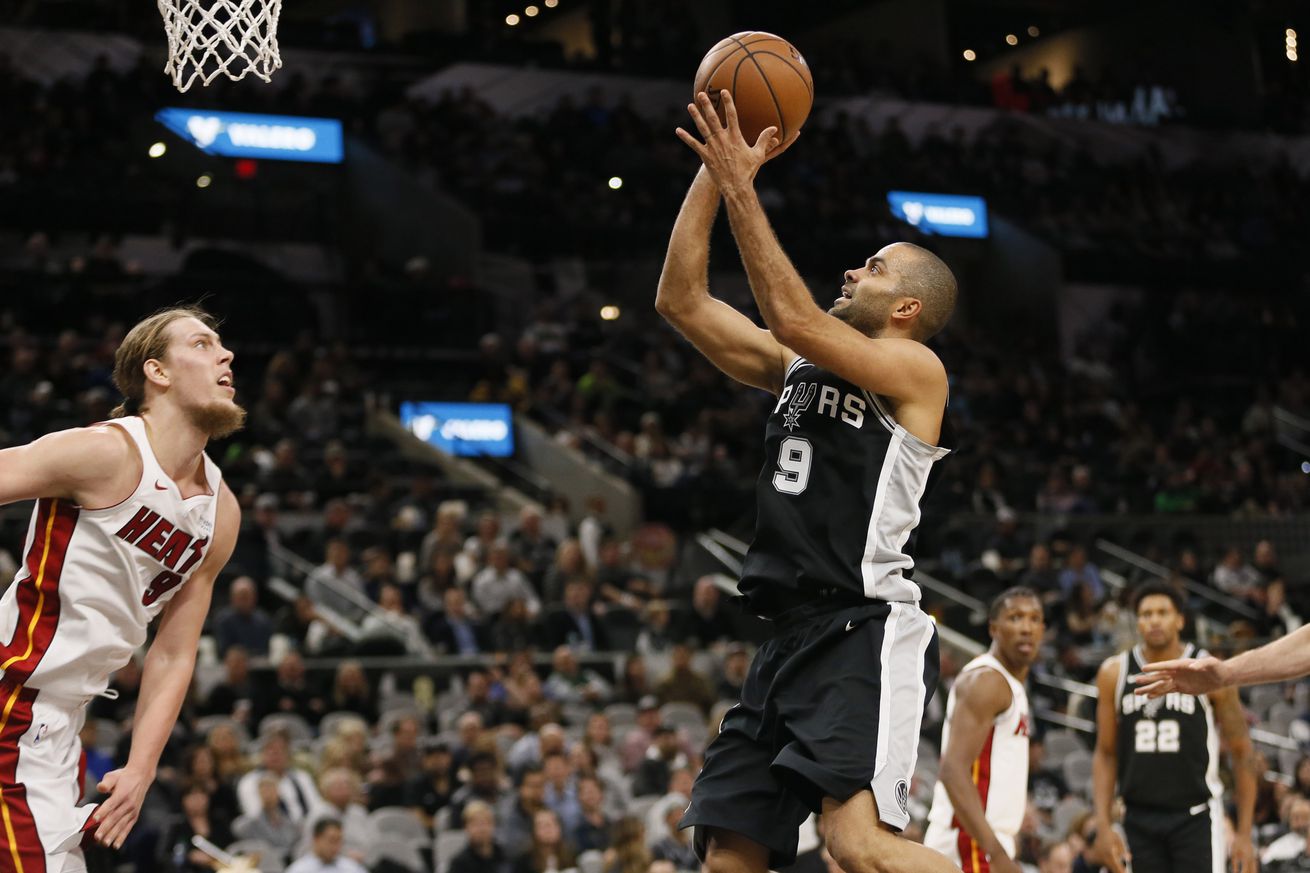 A barrage of threes and tight defense helped the Spurs escape the Heat.

After years of dueling in some of the most memorable games in the history of the sport, the San Antonio Spurs and Miami Heat took the floor Wednesday night in a matchup that has become a shell of what it once was. But that didn’t stop the visitors from Miami from making themselves comfortable.

The Heat came firing out of the gates to start the game, shooting a sizzling 58% from the field in the opening half. After the plethora of threes, the Spurs woke up and started to counter the Miami haymakers with some offense of their own. Before long, the Silver and Black had found themselves in a shootout with an old foe.

Fortunately the good guys kept their composure and showed off their resiliency, as they responded to every run the opposition threw at them. The offensive clinic was a treat to watch as fans, but you can be assured that there will be a red-faced Gregg Popovich in the film room tomorrow morning. Here are the takeaways from game number 25.