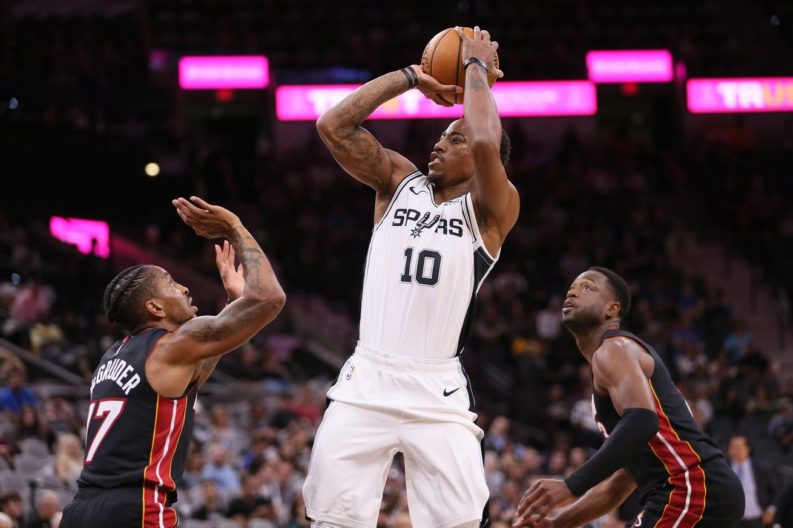 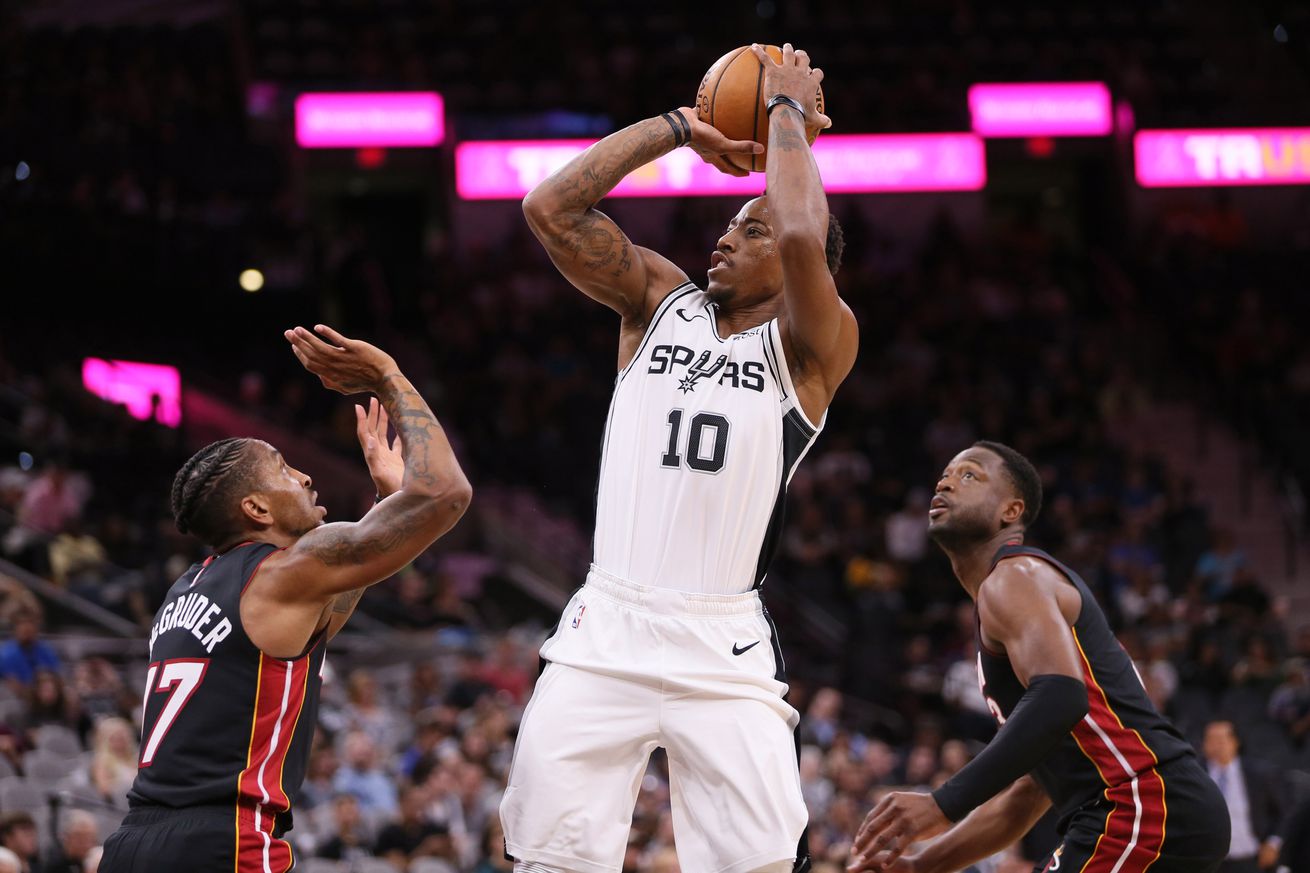 A number of good things emerged from the kind of uneven performance you’d expect in the first preseason game.

The (pre)season is finally here! In the Spurs first game of the year, they held on for a 106-100 victory at home. The team got off to a rough start and fell behind early. They trailed early and the offense looked a bit stifled. A solid bench unit brought them back, and the Heat led by 1 at the half. Pop found success after adjusting the lineup to start the 3rd quarter, something we’ll come back to later. The Spurs took a lead they never relinquished less than a minute into the 2nd half, even building a double-digit cushion at times. The Heat were frisky, but Spurs’ end-of-the-bench mob was just able to hold them off thanks to some timely contributions from Jaron Blossomgame, Okaro White, and Nick Johnson.

It was a fun game, as most wins are, and for a preseason game there was a lot to like for the Spurs. Even in limited minutes, it’s clear this team has more talent on the floor than it did last year, and it’s not particularly close. Whether the team can put that talent together in a way that wins basketball games may still be in question, but they definitely have the raw materials to do so.

Obligatory preseason disclaimer: It’s just one game and it’s just the preseason. The games are completely different when they count. Take everything with a grain of salt, small sample size, etcetera.