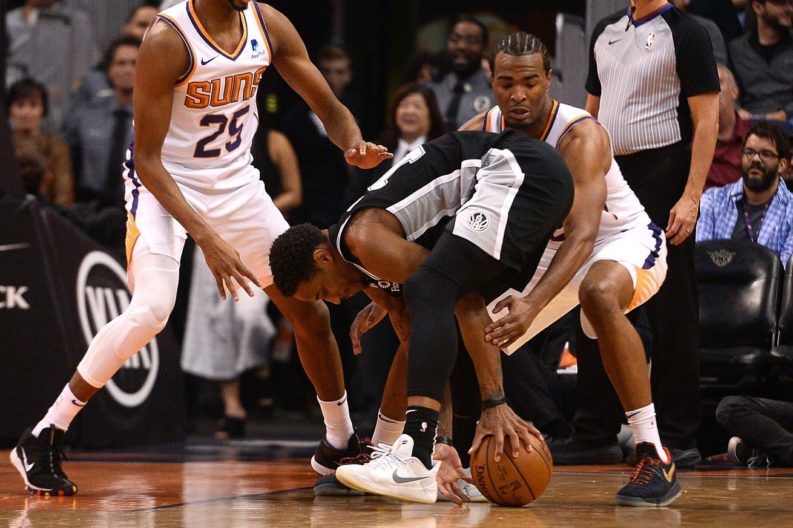 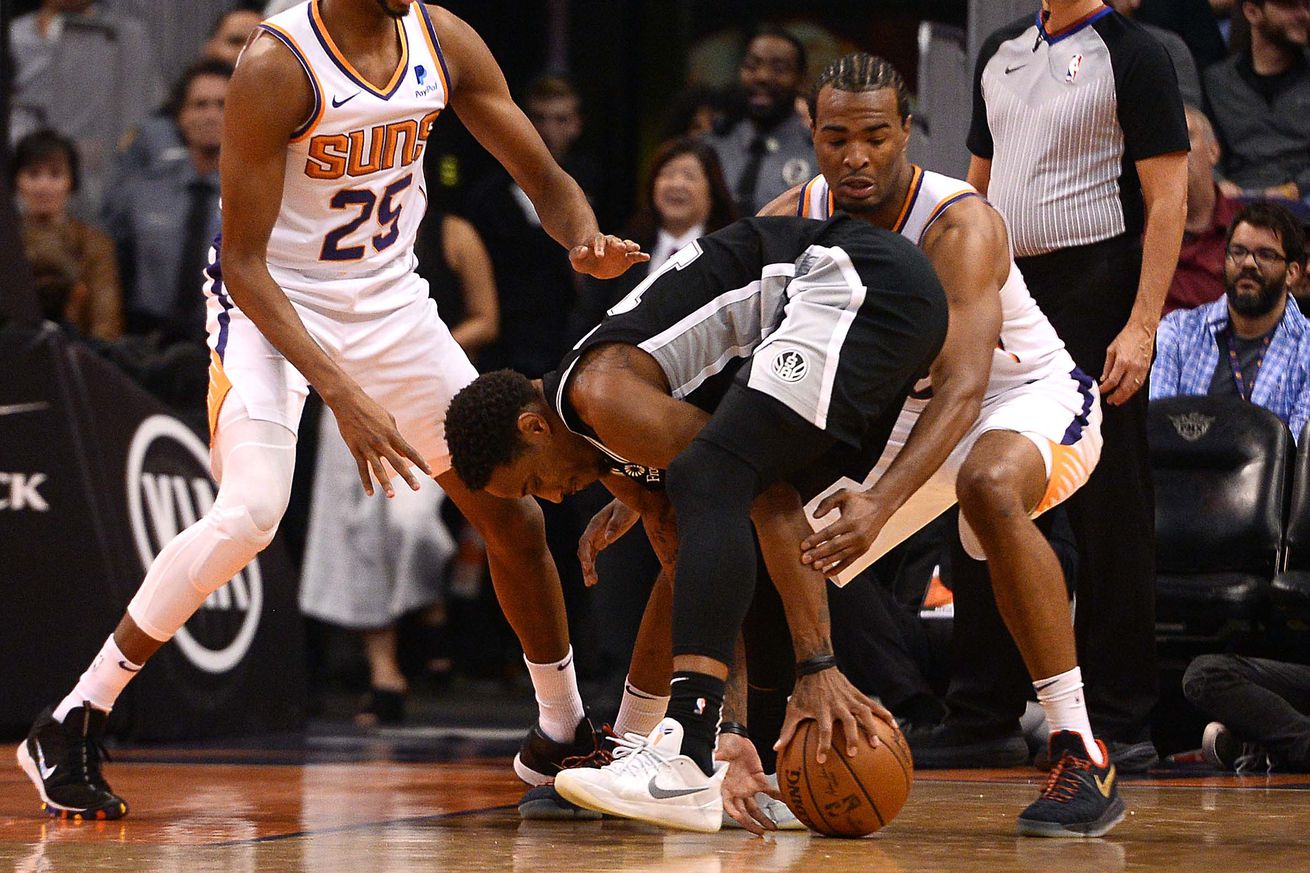 Another lackluster performance on the road leaves the Spurs looking for answers.

It was probably wrong to get too excited when the Spurs started out the season hot and it’s probably just as wrong to get too down on them after a stretch in which they’ve lost three of four. Both scenarios ignore the broader context of the season writ large and we would do well to blah blah blah…ok, this was a terrible game.

The Phoenix Suns are the worst team in the league and the Spurs shouldn’t be losing to them. End of story. There’s probably something to be said for the immense talent in this league that on any given night anyone can beat anyone, but that doesn’t soften the blow of this loss or erase some of the ugly trends. This swoon the Spurs are currently navigating has shown some worrying cracks in the foundation of the current iteration of this team. Like the idea that San Antonio can score points as well as anyone in the league, which simply hasn’t been the case during these games; and when the Spurs can’t score, they aren’t very good.

Even though the defense has been better of late, it’s not what you’d call a strength, and it’s definitely not good enough to carry the team through a cold shooting performance — which is just what happened against the Suns Wednesday night. The Spurs shot 42% from the field and only had one player score more than 20 points. 96 total points is not going to get the job done against anyone in this league anymore, even the dregs of it.

This was a disappointing performance all around. The Spurs have an extremely tough stretch of the schedule looming in front of them and maybe looking ahead to those opponents is partially to blame for what happened. I can certainly sympathize with that, but right now the Spurs aren’t good enough to take any games for granted. If they want to make the playoffs this year (and we have to assume that’s the goal, because Popovich) then they need to grab every win they can and hold on to it for dear life.

The season may be young, but the games aren’t getting any easier.