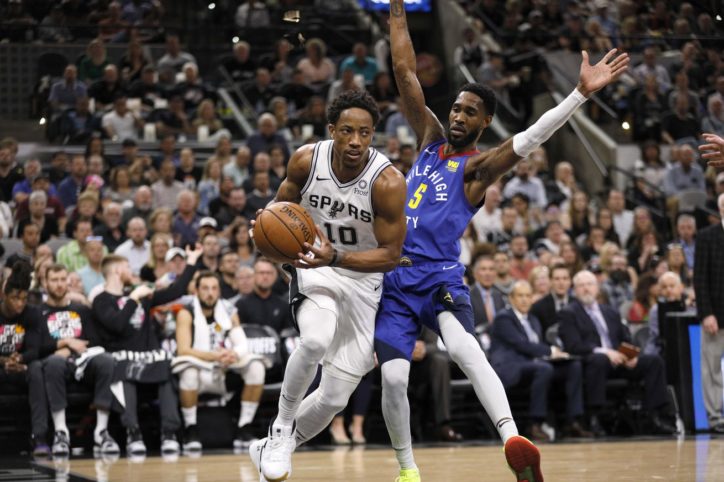 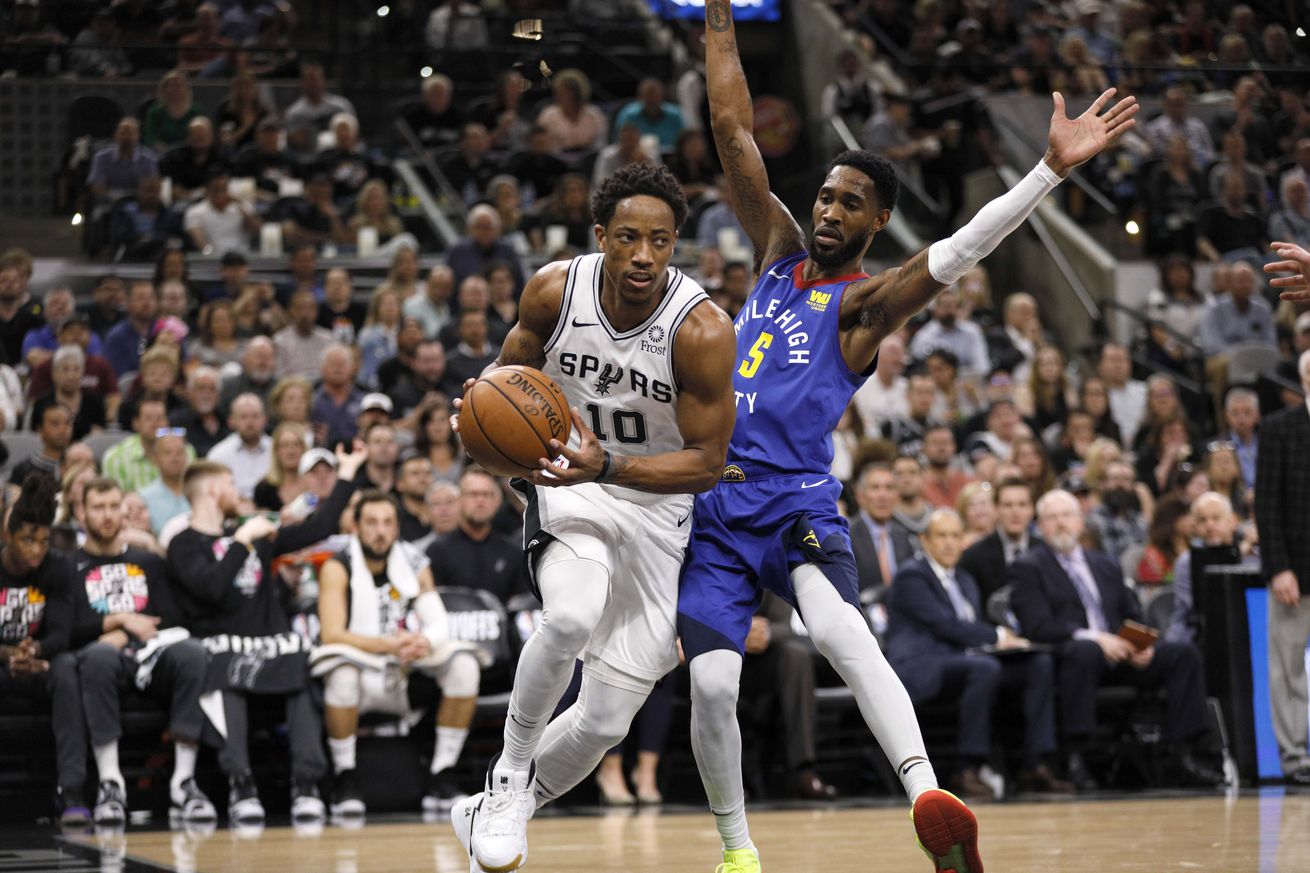 At the end of the day, this is really all we wanted to see, right?

We wanted to see the Spurs acknowledge that their backs were against the wall and act accordingly. Lose the game, if you must, but don’t go out there and let them have it. In spite of all the new faces, this is still the Spurs after all. The Fiesta colors are still popping. The Baseline Bum’s are still getting rowdy. There’s five banners hanging in the rafters for a reason. We’ve got mojo, we’ve got history, we’ve got mystique, AND It was Tim Duncan’s freakin’ birthday. The prospect of waltzing into the AT&T center on Thursday and closing out a series should be beyond the realm of possibility, regardless of who’s donning the Silver & Black. Game 7 will likely be decided on talent, but Game 6 was always going to come down to heart.

The Spurs fought hard in this game. Putting aside any frustrations we might have that, for some cruel and inexplicable reason, we can’t seem to coax this particular performance out of them every single night, this was about as well as the Spurs can play and it’s reassuring to know they didn’t forget how to do it. Our two stars were in their element, running the show and putting up huge numbers. Our role players came through, filling the gaps and hitting their marks. Every person who stepped on the court was hustling and flying around and getting every little edge they possibly could all night. The result speaks for itself.

Even when the score got close at times, largely on the back of an otherworldly showing from Nikola Jokic, this game never felt close. Not really. The Spurs were in control from the jump and finished the game comfortably up double digits. I absolutely hang out on the more nervous end of the Spurs fan spectrum and even I slowed down my anxious pacing somewhere around the middle of the 3rd quarter when it became readily apparent that DeMar DeRozan was incapable of missing shots anymore. They were dominant and it was nice, if only for a moment, to luxuriate in how good this team can be at least one more time.

The fatal flaw of the 2018-19 Spurs team has been, and might always be, consistency. I know it, you know it, and I’m sure the guys in the locker room know it too. They are Dr. Jekyll and Mr. Hyde. A few days ago, on this very same court against this very same team, they put up one of the most abysmal shooting performances I’ve ever seen. Four about three straight quarters they were allergic to the concept of a ball falling through the hoop. It was madness. Then on Thursday night they came out and shot a ruthless 57% from the field. Their efficiency in the mid-range knew no bounds and they went ahead and knocked 10 threes down for good measure.

It’s probably too late to fix whatever it is that makes the Bad Spurs show up from time to time. That’s going to be an off-season problem. Instead, we’re going to have to just keep riding this wave right up until we fall all the way off it. Either the shots are going to fall or they won’t. That’s life.

I want them to keep playing and keep fighting. I want them to go Denver and finish these guys off. I really want to see us go toe to toe with the Blazers and I can’t wait to get a crack at the Clippers in the Conference finals. I’m as amped up about the Spurs chances as I’ve ever been and I realize that’s as thrilling as it is ludicrous. Look, I have no idea what’s going to happen in Game 7, but I know that when I think back on this year’s Spurs I will always remember this Game 6. They had every opportunity to roll over and let this series go gently into that good night and instead they came out in front of our fans and put on a show worthy of the name across on their chest.

The Good Spurs didn’t show up for this game, the Real Spurs did.

Near the end of the 2nd quarter, with the game tied at 54, Patty Mills grabbed a rebound and raced down the court. As the Nuggets scrambled back to try and prevent an easy transition bucket, Marco sidled up the court with that look in his eye. You know the one. It’s a mischievous gleam that has been largely missing in this series but made a glorious return on this particular play. Patty crossed into the middle of the court and dropped the ball back to Marco out on the wing. Poor Gary Harris, unaware that he was already deep in Marco’s web, instinctively jumped out to try and contest the shot. Marco was already full into his dance though. He caught the pass with a full head of steam, launching himself forward and pirouetting around and through Harris’s outstretched hand having sent the ball flying off on it’s own special journey. He finished the play on his butt, with his back facing the basket and his face beaming up at his flabbergasted defender who was still coming to grips with having given the master the three free shots he so desperately craved. This was more like it from Marco. Obviously we want Marco draining threes, it’s literally why we hired him, and he did that in this game. But plays like this are the edge that he brings to the table. This is the secret weapon.

And Maybe he sings off key,
But that’s alright with me,
because what he does, he does so well,
makes me wanna yell.
Let’s hear it for the boy.

What we learned from the Spurs Game 6 win over the Nuggets
Source: Pounding The Rock