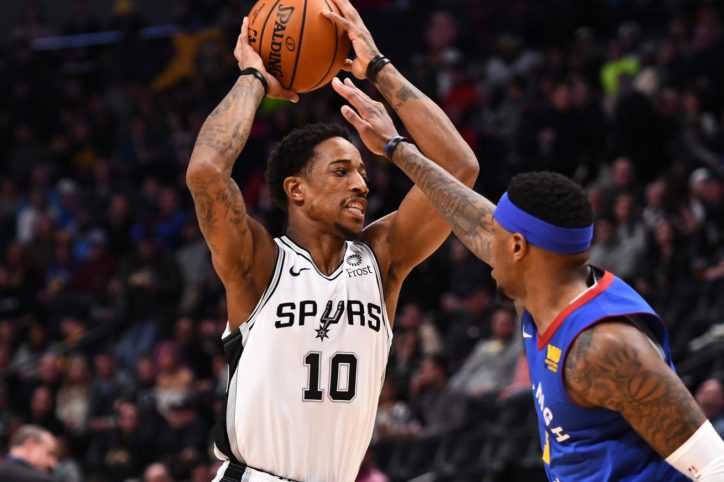 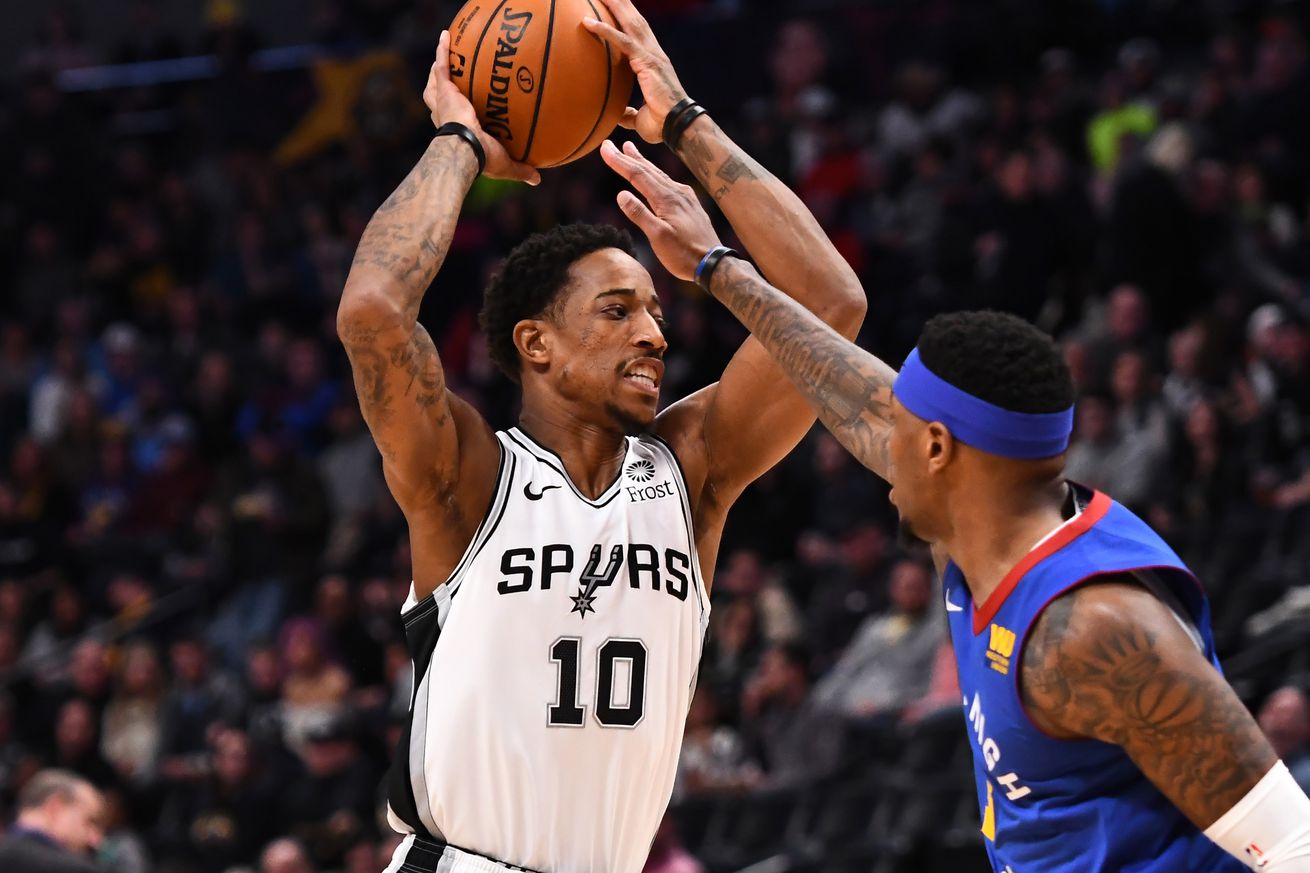 This game was frustrating for a myriad of reasons.

There was the lazy first half, there was all the missed free throws, there was all the silly fouls. The entire thing was a calamitous ‘two steps forward, one step back’ affair that resembled two young college teams scrapping it out instead of, you know, a bunch of trained professionals. The Spurs played sloppy, mistake-prone basketball for about 34 of the 48 minutes they were out there tonight and yet, in spite of all this, they had a beautiful opportunity to send this thing to overtime on their final possession of the game (technically it was their 2nd to last possession, but I’m willing to forget about Bryn Forbes getting stuffed with .7 seconds left if you are).

Let’s talk about that play. Down three points after the Nuggets hit both their free throws— can you even imagine?— the Spurs headed back to the huddle to draw up a play. Pop, who has been in the league 400 years and seen everything at this point, was his usual grumpy self but the assistants, lead by Becky Hammon, were animated. They looked excited about what they were going to draw up. Hammon sits down in the huddle and everyone gathers around while Pop looks over her shoulder. This is, genuinely, a very cool moment to watch unfold. It’s one of those rare times where you can almost squint and see what life would look like in a post-Popovich world and think to yourself, “hey, it might not be all bad.”

7.2 seconds left. The Spurs are down three, but Nikola Jokic has just fouled out and the Nuggets look a little gassed. If they manage to tie it up here, then an overtime win is a real possibility. We trot out Forbes, DeMar DeRozan, Rudy Gay, LaMarcus Aldridge, and Derrick White which, if I’m being honest, was a little puzzling because I would maybe only trust one-and-a-half of those guys to hit a clutch three. Forbes brings the ball out of bounds as Sean Elliot prophetically announces, “Watch Bryn Forbes as well, the in-bounder is always the most dangerous guy out there.”

Forbes in-bounds to White, then sprints across the court as DeMar comes over to receive the ball. He immediately attacks baseline towards the basket. You’re probably thinking “wait, we need a three?” and you would be correct in this logic. One could argue that DeMar converting three-point play at the basket is maybe one of our best options actually, but I digress. This drive to the basket does the job it was intended to and draws the attention of Denver’s defenders, particularly Juancho Hernangomez, who gets hit by a very nice little back screen from LaMarcus. Forbes, our aforementioned ‘most dangerous guy out there’, is now sprinting towards the corner wide open. DeMar, easily the Spurs best distributor, has two defenders collapsing on him and an open sight line to Bryn in the corner. This play is beautiful.

Every fiber of my being is 100% confident the Bryn would’ve drained that three. We’ll never know, of course, because the universe is a cruel place full of darkness, bad luck, and Mason Plumlee’s big, dumb foot.

The Spurs could’ve won this game. They probably should’ve won this game. Instead, they fell behind early and had to scratch and claw their way back into contention towards the end. They shot themselves in the foot repeatedly and still, still, they had should’ve pulled it off. But this is what happens when you don’t play up to your capabilities for four full quarters. Instead of being decided by things like precision, skill or hard work, things come down to whether or not, in the heat of the moment, DeMar can slot the ball onto any spot of the court that doesn’t happened to be occupied by the foot of a Plumlee brother.