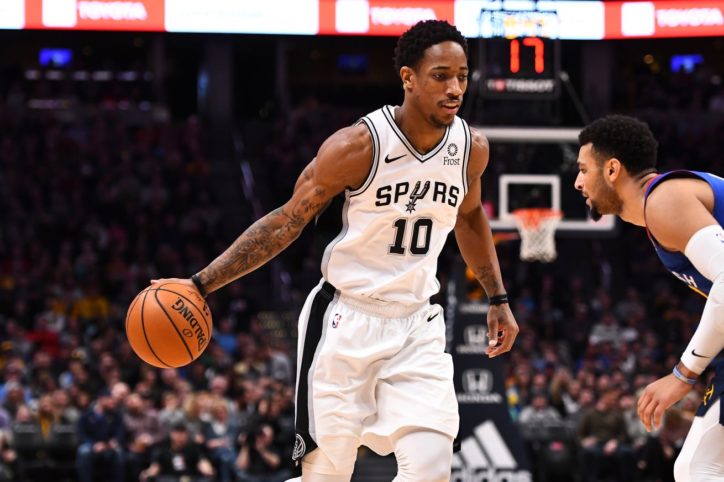 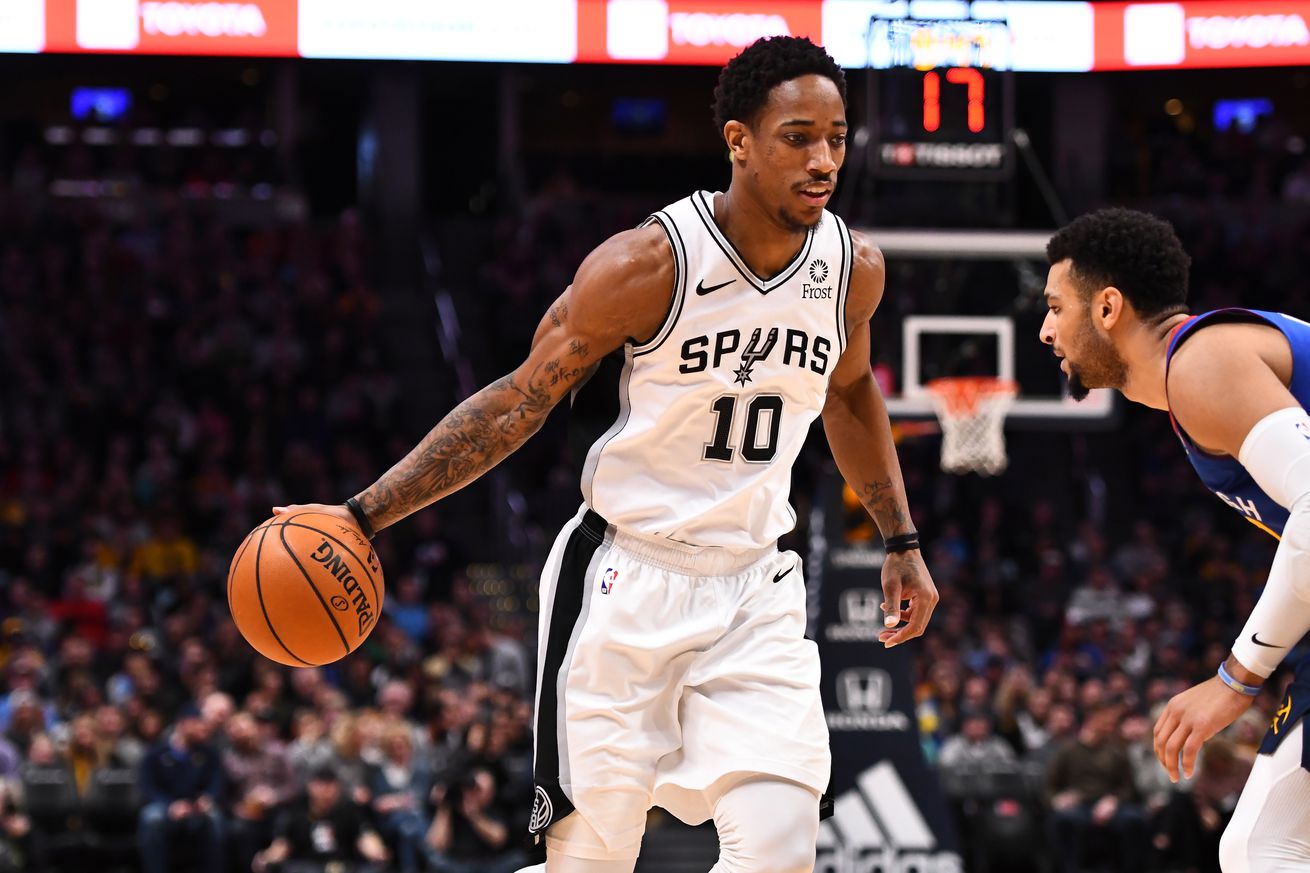 Maybe not during the flow of a game, but in crunch time — teams know what to expect.

Despite another poor shooting night from everywhere but at the rim (including the free throw line) the Spurs found themselves in a three point game with just 7 seconds to go in Denver on Friday night. With a chance to extend a very winnable game to overtime, the Spurs turned to one of their favorite plays. It’s such a classic that Denver likely knew it was coming.

And yet, Bryn Forbes is still wide open in the corner. The play is so well designed that even teams that are prepared for it can fall victim to the trap. In this case, it came down to a one-on-one competition between two players. The question, essentially, was whether DeMar DeRozan could sneak the ball by Mason Plumlee out to Bryn in the corner. If he can, Bryn gets that wide open look, and the Spurs have a great chance of forcing overtime and pulling out a win after fighting back from an 18-point deficit.

For a moment, it appeared inevitable. Watch as Bryn comes off the flare screen from Lamarcus Aldridge at the elbow extended.

Plumlee does a great job of playing the situation. There’s no need to cut off penetration or try to prevent DeMar from getting to the rim, a part of this play the Nuggets are able to ignore because they’re up by three with just a few seconds left. Still, that’s often hard to do in the moment and Plumlee deserves credit for blocking the passing lane to the corner by dropping to the baseline with his arms wide. Here’s the moment before DeMar let the ball go.

It’s easy to see why DeMar goes for the bounce pass down the baseline, but Plumlee’s feet were just a little too quick. Denver’s defense hasn’t collapsed, though, so there weren’t any other good options. Derrick White looks open at the top of the key, but Monte Morris is between DeMar and and Derrick, making the pass both difficult and dangerous. With so little time on the clock, it’s hard to tell whether Derrick would’ve been able to make the catch and get a shot off against Morris’ contest.

More interesting, I think, would be adding a little something to this play. Rather than hang out around the elbow, Rudy Gay should fade out to the three-point line closer to the corner. Trey Liles may have sensed the movement and defended the play differently, but he appears to be pretty locked in on the Hammer action.

In either case, the Spurs initiated so late that it’s clear they were only interested in one option and intended to leave no time on the clock for the Nuggets to respond should the shot go in. Given the team’s long history of success with this particular play, that’s understandable, but that they’ve used it so often also makes it easy to understand how the Nuggets were able to stop it.