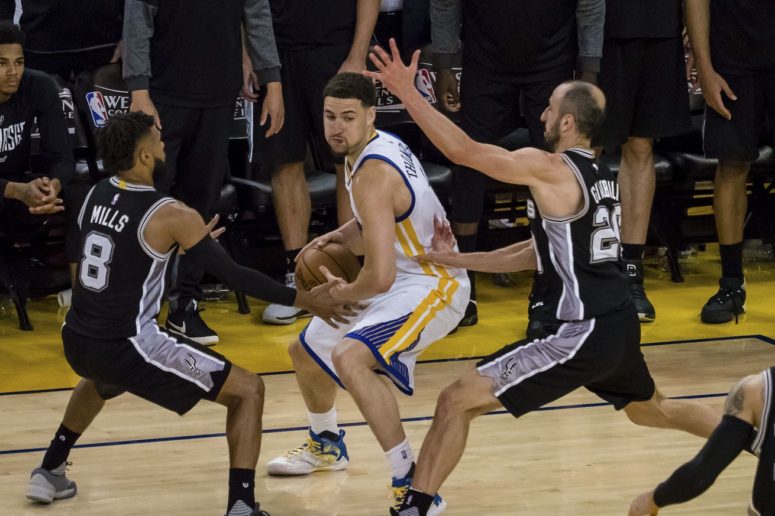 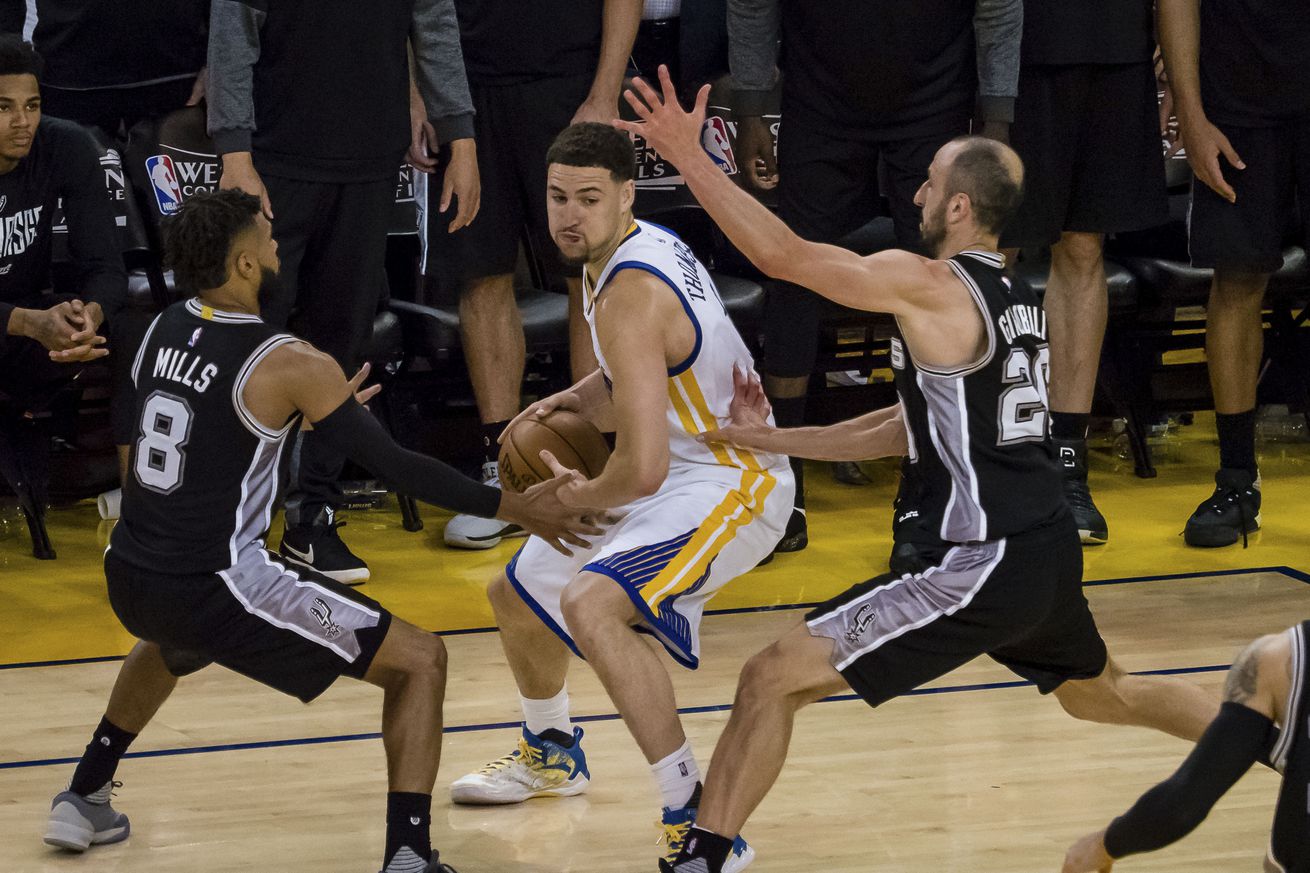 In Game 1, the Warriors scored far too many easy points.

Let’s get this out of the way at the top. It is exceedingly likely that the Spurs would have beaten the Warriors in Game 1 had Kawhi Leonard stayed healthy. But, that kind of hypothetical scenario goes against the spirit of this column, which is meant to use numbers to understand what actually happened in the game and why.

So, it turns out losing your MVP-caliber best player while competing against the best team in the league is a valid reason to lose. But, basketball is a game of runs (unless you’re the Game 6 Houston Rockets), so chances are that the Warriors would’ve made that game more competitive regardless. All of this is to say, obviously the Spurs’ odds of upsetting Golden State hinge on Leonard’s health going forward, and this particular game was irrevocably altered by his absence. But, we can also go deeper, so here goes.

The score when Leonard landed on Zaza Pachulia’s foot with 7:54 left in the third quarter was 78-55 in favor of San Antonio. At that time, the Spurs were mostly rolling (though Stephen Curry had begun to catch fire). They were outscoring the Warriors 36-16 in points in the paint and 24-14 in points off turnovers. Perhaps most notably, the Warriors were outscoring the Spurs just 12-10 in fast break points. The Warriors led the NBA in fast break points during the regular season with 22.6 per game, so to have such a small disparity would have been a win for San Antonio. But, by the end of the game, that fast break points margin ballooned to 32-12 in favor of Golden State.

Prior to Kawhi’s injury, the Spurs had nine turnovers; after the injury, the team had eight, so the issue wasn’t with just the volume of turnovers. The difference was the Warriors turned those turnovers into points at an obscenely high rate. Here, Steph Curry’s switch catches Manu Ginobili off-guard, causing the turnover and resulting Kevin Durant dunk.

Per InPredictable, the Warriors scored 1.62 points per possession following a Spurs turnover in Game 1. Granted, the Warriors were number one during the regular season at scoring off turnovers in terms of both efficiency and points per game, but the Spurs were the third-best at defending after a turnover, allowing just 1.13 points per possession during the regular season. Not only do the Spurs need to clean up their turnovers in Game 2, they also need to make sure that when they cough it up, it doesn’t turn into automatic points.

The other area where San Antonio needs to improve defensively is finishing possessions on the glass. During the regular season, the Warriors ranked just 18th in offensive rebounding percentage at 22.8%. Meanwhile, the Spurs were one of the best teams in the league at preventing opponents from snagging offensive boards. But in Game 1, Golden State managed to corral 42.5% of its misses, including these two huge ones in crunch time:

Despite the loss, the Spurs still managed to do a lot of positive things on the defensive end. During the season, the Warriors ranked number one in catch-and-shoot points per game (33.8) and effective field goal percentage, thanks to their shooting 40.7% on 22 catch-and-shoot threes per game. San Antonio allowed the Warriors to go just 6/18 on catch-and-shoot triples in Game 1. That eliminated a major source of Golden State’s points created off assists (another category in which they led the league this season). The Warriors averaged 72.1 assist points created during the season, but were held to just 53 on Sunday afternoon. Also, 43.6% of Golden State’s made field goals were unassisted in Game 1 versus their regular season average of 29.5%, the lowest mark in the league this season. Golden State has the players to be efficient in isolation, but it runs counter to their identity. So, anytime the Spurs can coax the Warriors into running isolations, and limiting the ball movement that’s a little victory.

The Spurs also only allowed Golden State to take eight “wide open” three-point attempts (of which they made four). That’s four fewer wide open three point tries than their regular season average. Especially at the beginning of the game, it seemed like Golden State was just settling for contested threes, but you have to credit the Spurs defense for taking away other options.

Even Pop’s one-big lineups have the length to make life difficult at the rim for Golden State, but there’s no easy answer when it comes to defending these Warriors. During the regular season, not only were they the most efficient-scoring team in the restricted area as previously mentioned, they were also the most efficient from mid-range, and they remain one of the most dangerous three-point shooting teams in the league. But, this Spurs’ defense is long, smart and well-coached. They need to get back to not fouling (Golden State shot nearly seven more free throws than their regular season average), limiting fast break points, and rebounding the ball. If they do that (and Leonard returns to full health), then they’ll have a chance in Game 2 (or Game 3) of making life difficult on the West’s best.