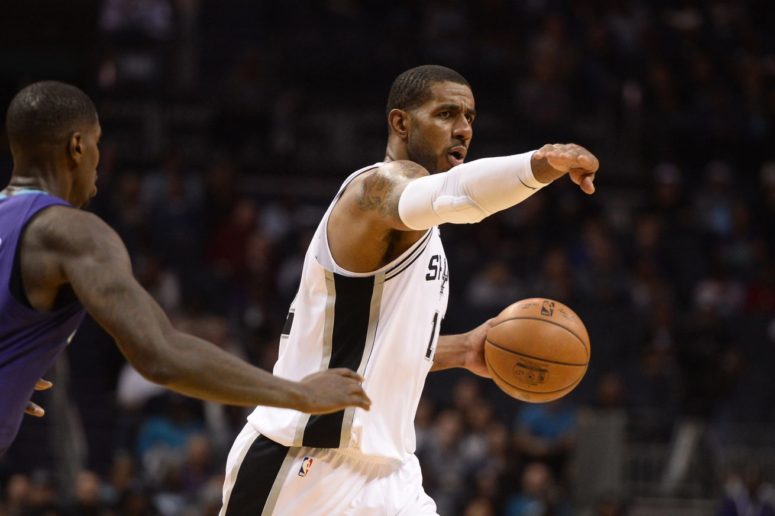 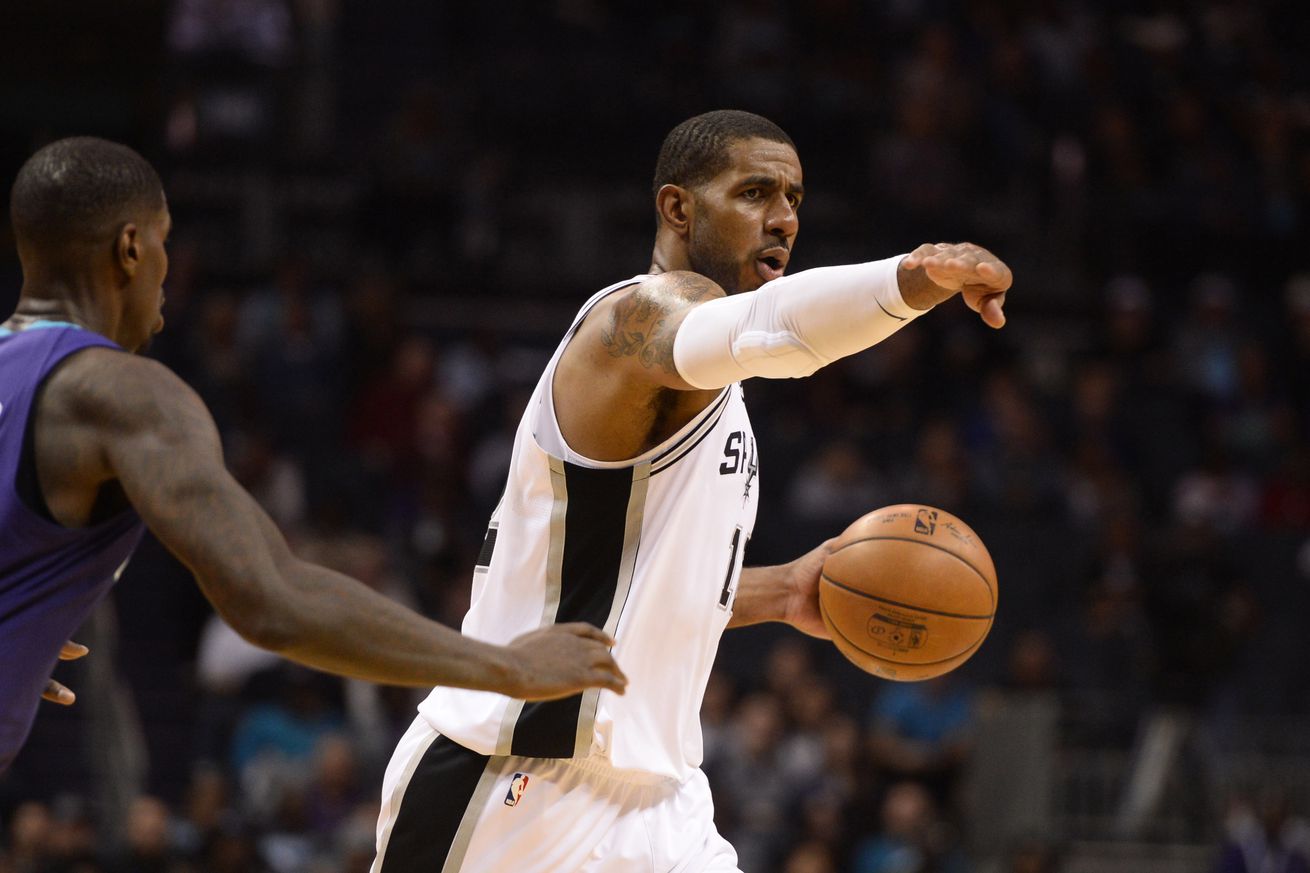 LaMarcus has been great, the bench has been weird, and other Spurs things to keep an eye on going forward.

We are half a game away from officially being a quarter of the way through the 2017-18 season, so this feels like as a good a time to take a look at the current state of the Spurs. Kawhi Leonard has yet to make an appearance, and Tony Parker has only played 14 minutes, but the Spurs are holding their own with a 13-7 record while sitting at 3rd in the West.

While there are definitely a few games in there the Spurs wish they could have back (losses to Indiana and Milwaukee immediately come to mind), most would call that exceeding expectations given the circumstances. (After all, the Spurs only have one more loss than the Golden State Warriors!) There are several things, good and bad, to take away from the Spurs’ performance so far, so here are some observations from the first quarter of the season.

A rejuvenated LMA has been huge

What a difference a healthy body and mind makes. After featuring in enough trade rumors to start his own gossip magazine, LaMarcus Aldridge had a heart-to-heart with Gregg Popovich about his role on the team, Pop promised to help him feel more comfortable in the system, and it has done wonders. Without Aldridge, and possibly without him at least returning to All-Star form, the Spurs would not be in a good place right now.

Plus/minus (how many points a player’s team outscores the opponent by when he is on the court) may not be the best stat for an individual game since extenuating circumstances can skew an individual’s numbers, but over an extended period of time it tells a story, and in Aldridge’s case it shows just how heavily the Spurs have been leaning on him.

In their 13 combined wins, Aldridge has a total plus/minus of plus-159. In other words, the Spurs are outscoring their opponents by over 12 ppg when he is on the floor in wins. In their 7 losses, he has a plus/mius of minus-76, or almost -11 ppg. Again, some of that is out of his control, and based on his game log he’s hardly had any “bad” individual games, but it still shows the impact he has on the outcome.

While it will be interesting to see if Aldridge can keep his scoring average up once Leonard returns, if he can remain just as efficient and effective with fewer touches while keeping up the excellent defense, the Spurs have the potential to be an even more serious contender than last season.

The bench has been befuddling

One of the Spurs’ biggest strengths over the years has been their depth and bench advantage. There have even been seasons when the Spurs bench has been the group that was expected to win the games, as the starters simply held down the fort while waiting for the bench to lay waste to the opponent’s reserves and either gain or extend a lead.

This year has been different. While the reserves are still outscoring their counterparts by 5.4 ppg, it hasn’t been quite as indicative as to whether it results in a win compared to years past. The Spurs are currently 8-5 when their bench outscores the opponent’s, but also 5-2 when they are outscored. The last five games in particular have put an odd twist on this stat, where the Spurs are 4-1, but the bench is 1-4 with their lone “win” coming in a blowout loss to the Pelicans, and in that game most of the bench’s contributions came in a garbage time fourth quarter where they merely made the final score less mortifying.

Still, one thing that has been mostly consistent with the bench is as Rudy Gay goes, so go the Spurs. It’s not to the same extent as Aldridge, but overall he has averaged 13.3 ppg in wins and 9.6 ppg in losses. Gay could stand to be more consistent, but considering he is coming off a devastating injury and adjusting to life off the bench after being a career starter, patience is key. Still, he’s definitely building a strong resume for 6th Man of the Year if he can steadily improve.

The bench might sort itself out as Patty Mills and soon Kyle Anderson return to their reserve roles, but for now it isn’t playing its usual role in blowing games open for the Spurs. That’s definitely something to keep an eye on going forward.

As always, the 3rd quarter and TO’s are key

Again, this will likely change when their perennial DPOY/best offensive player (a.k.a. MVP, alias The Klaw) returns, but in the meantime the Spurs have little room for error in terms of taking care of the ball and giving away free points to the other team.

Those are just a few things I’ve taken away from the first quarter of the season. There are plenty of other things to talk about, like the emergence of players like Kyle Anderson and Bryn Forbes, Pau Gasol living up to his massive contract (so far), and much more, so feel free to discuss anything else you may have noticed in the comments below.

As always, May The System be with you.

Stats are courtesy of basketball-reference.com and NBA.com.