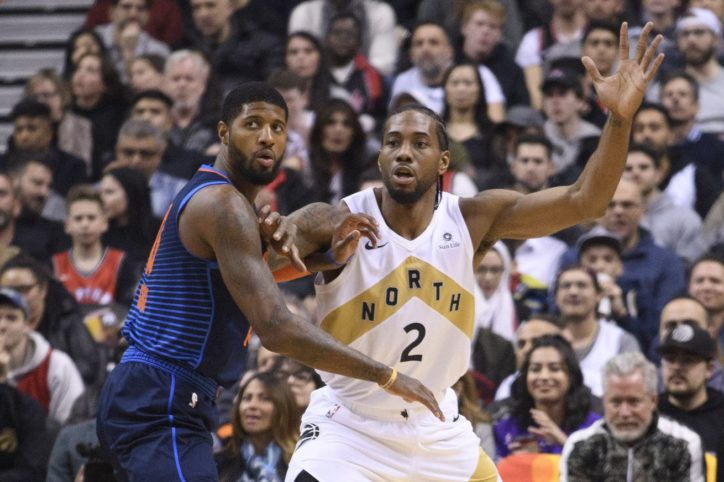 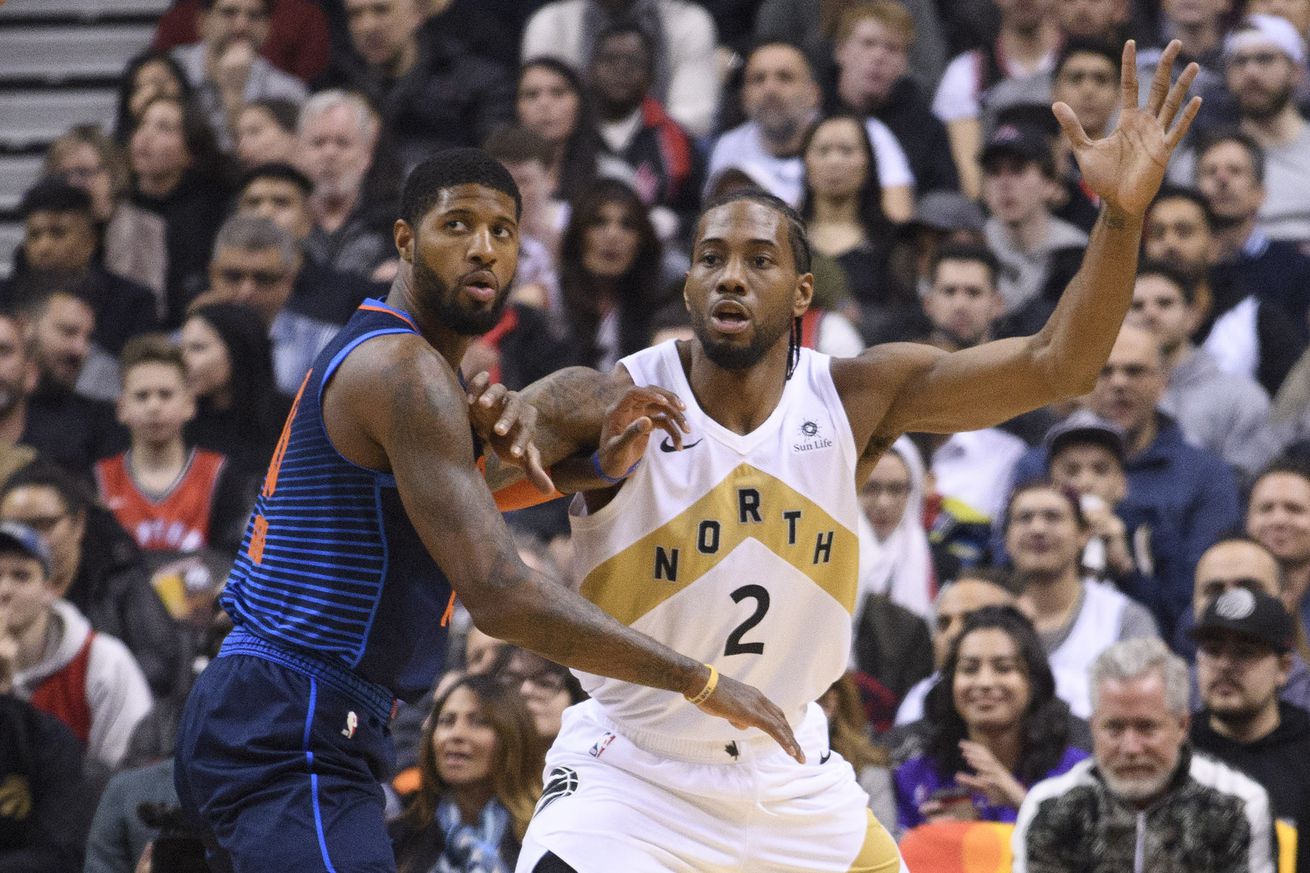 The Kawhi Leonard saga is mercifully over.

We finally know where Kawhi Leonard will be playing next season. The former Spurs standout has agreed to sign with the Los Angeles Clippers after they landed Paul George on a trade to be his co-star.

It’s really hard to overstate how momentous last night was for the league. Friday’s transactions have decimated a contender, created a new one and stopped the formation of a superteam. They have also affected the Spurs, both directly and indirectly.

This offseason has seen two new powers rise in the Western Confernece. The Clippers and Lakers, once close to the Spurs in the West’s pecking order, have now surpassed even the Warriors (when healthy) in star power and have to be considered the class of the West despite shaky depth. Below those three California teams, the Jazz and Nuggets lurk as threats thanks to their dominant centers and evolving young perimeter scorers. The Rockets and Trail Blazers won’t likely challenge the contenders significantly, but should win plenty of games thanks to their star duos and potent offenses. The West is stacked, which means franchises like the Spurs will either need to make win-now moves to climb up the standings and secure one of the last playoff spots that will be available or consider rebuilding.

Leonard picking the Clippers and George joining him could also have an impact on what the Spurs could get back for DeMar DeRozan if they decide to fully embrace their youth movement. The two superstar forwards were the reason why it seemed like making moves for disgruntled players was a good idea, even if the team trading for them was not on their preferred destination list. Now they are both gone, landing exactly where they wanted to in the first place. I’m sure the Raptors are happy with their title and the Thunder are content with the return they got for George, but it’s now clear that convincing stars to stay long term somewhere they didn’t originally want to go is extremely hard to do. Front offices will likely be wary of making moves for legitimate superstars without assurances that they can keep them, much less a second tier star like DeRozan.

Despite the clear negative impact it had on San Antonio’s chances to compete in the West, Leonard’s decision to join the Clippers does seem to have a few positive side effects for the Spurs. Leonard has now twice left a winning team with a quality front office for the opportunity to return to California, which seems to confirm the notion that he always meant to land there one way or the other, and there was nothing Gregg Popovich or anyone else in the organization could have done differently to keep him happy. There’s no reason to keep searching for complex explanations as to why he asked out or some revelatory piece of information that was missing all this time. The Spurs should always look for ways to improve how they deal with their stars, but if one of their players decides he want to be closer to home there’s nothing they will be able to do. You can’t change geography.

As far as landing spots for Kawhi, the Clippers are as good as it gets, among realistic options. There’s no big rivalry or contentious history with them beyond a Game 7 loss in 2015, so it shouldn’t be too painful to watch Leonard suit up for them. It would have been much worse to see him land with the Lakers after they refused to meet San Antonio’s demand on a trade last offseason. Had he stayed in Toronto, the West would have been less daunting, but the trade that sent him there would have been even more unfairly maligned that it has been so far. San Antonio lost that trade, but that’s just what happens when you are forced to move a superstar on a rental, which is what Leonard ended up being. If Masai Ujiri was not willing to move Paskal Siakam for George, Russell Westbrook and the opportunity to keep Kawhi, after all, he definitely would not have traded him to get Kawhi in Toronto for a year.

After everything that happened, Leonard is now a Clipper. He wanted to play in Los Angeles, and he got his wish. Spurs fans will continue to resent the way he went about procuring his exit and will have more opportunities to make him know that when he visits the AT&T Center twice next season. But his latest decision has at least provided some much needed certainties.

PATFO now knows that the conference, which seemed wide open when Kevin Durant announced his signing with the Nets, has at least two superpowers that will fight for dominance, and that there was little they could have done to keep Leonard in San Antonio long term. It’s now on them to use that information in a way that helps them finally usher in the next era of Spurs basketball.

The Kawhi Leonard Saga has finally reached its conclusion. Nothing will erase the unfortunate way in which The Klaw engineered his exit, but it’s time to move on now. Godspeed, Kawhi. And may you lose to the Spurs in the playoffs for years to come.

What Kawhi Leonard and Paul George to the Clippers means for the Spurs
Source: Pounding The Rock