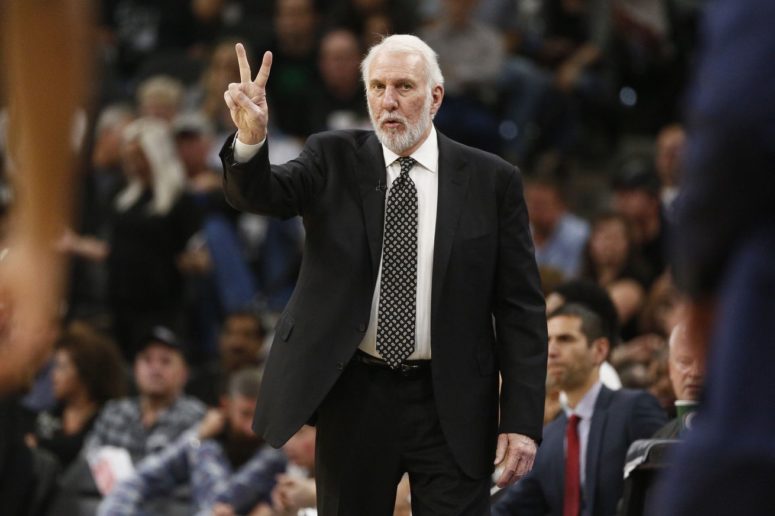 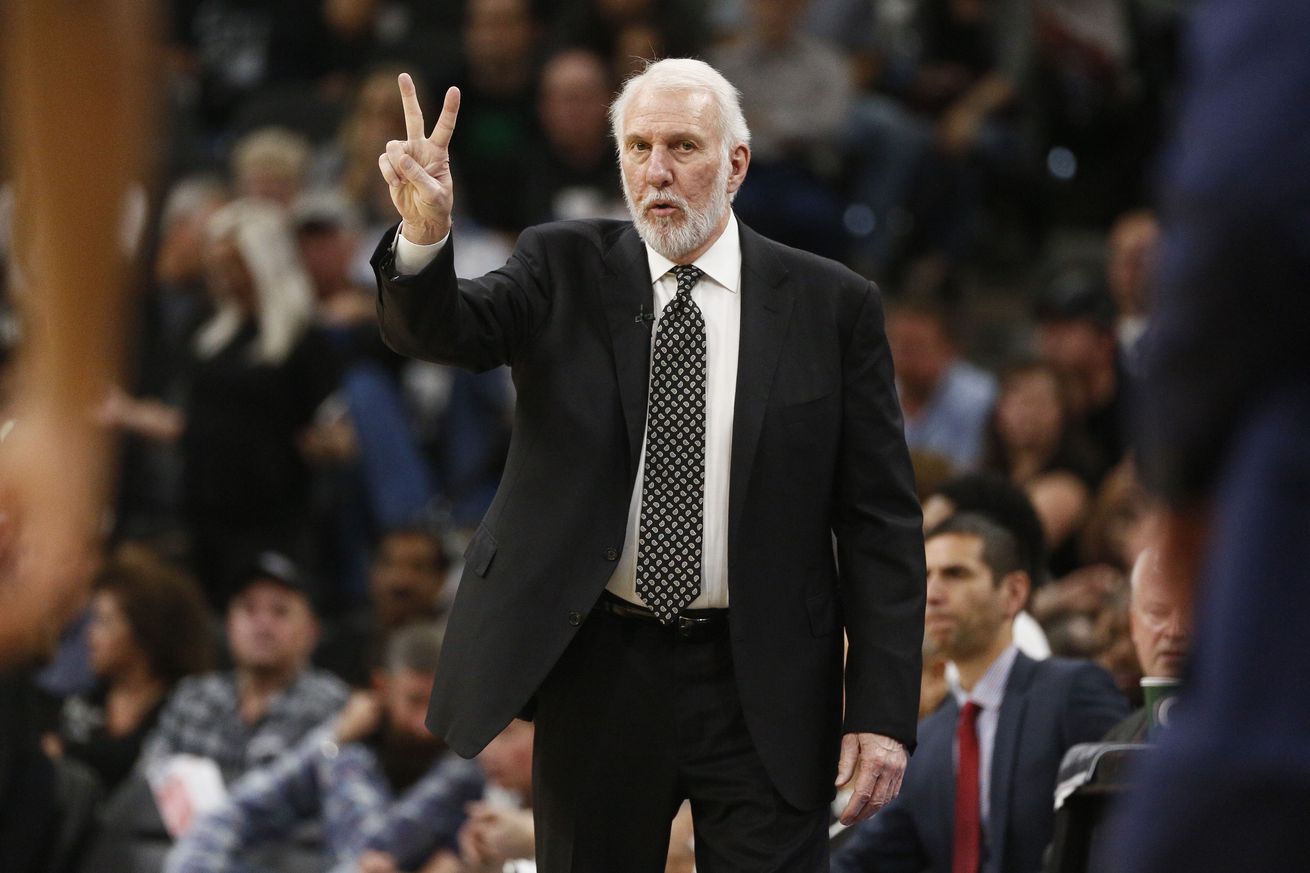 The 4-0 Spurs are shooting fewer threes than everyone else, which is just fine for the league’s foremost adversary of the long ball.

Gregg Popovich’s feelings on the three ball have been well-known for years. Despite featuring it prominently for the Spurs’ 2014 championship run, the coach has never personally embraced the shot — a “circus sort of thing,” as he’s called it. “Why don’t we have a 5 point shot? A 7 point shot?”

Whether you consider it a fairly-rewarded feat of marksmanship, the three-pointer isn’t going away anytime soon. The Houston Rockets broke records last season, attempting 40.3 of them per game, and they’re averaging 41.6 this year, pacing a league that’s desperately trying to keep up. In 2016-17, six teams took at least 30 threes; early into this year, that number’s up to 11. On both sides of the ball, the shot continues to shape the way teams play. The more floor-spacers that are on the floor, the more opponents need to match up with smaller, quicker defenders that can rotate, switch on screens, and close out on shooters.

The exception to the rule, in this case (as in so many cases) is the San Antonio Spurs, who rank comfortably last in the league in three-point attempts with 17.5 per game — not even close to the two teams tied for second-to-last at 22, the Kings and Knicks. You can attribute some of that to the absence of Kawhi Leonard, who took five of them per game last year and whose offense creates better opportunities for others. But, even in 2016-17, the Spurs didn’t launch a high volume of deep balls, lurking near the bottom of the league in three-point rate. This season may be a continuation of that trend as they find their own way of adapting to the small-ball era.

While the arc becomes the frontline for 29 teams, Pop is taking advantage of the diminished focus inside. Part of that is by turning the painted area into his own rendition of Attack on Titan, unleashing giant men on slightly less-giant men who are less specialized at protecting the rim and defending on the block.

An ironic benefit of the Spurs playing five guys who can space the floor is that they can pull their opponents’ best shot-blocker away from the rim, with either Pau Gasol, Aldridge, or Joffrey Lauvergne, allowing their size advantage at other positions to go to work.

Earlier this week I looked at the importance of the post-up in the San Antonio offense (where, it should be noted, Aldridge not only leads all players in post touches, but is also in the 96th percentile in terms of efficiency), but the results of the Spurs’ bully ball have been promising in other ways. They’re currently tied for the most shots in the paint and generating the most free-throw attempts in the paint (at one of the league’s lowest paces) and have the NBA’s second-highest rebound rate. They’re also giving up very few transition opportunities as they control the pace of games.

It’s not just bigs getting the green light to attack. New two-way dynamo Danny Green has been extremely aggressive in going off the dribble and attacking the rim, something the Spurs have needed with Leonard gone. Rudy Gay can get his in a number of ways, taking bigger defenders off the dribble or willing his way around smaller ones. Dejounte Murray isn’t even considering shooting threes right now, using pick and rolls to get deeper into the defense and, whenever possible, shooting right at the basket. And amid all this, the Spurs have abandoned the long two, which was a fixture of their offense last season. Attempts from 20-24 feet have gone down from 17.8 per game to 11.

Of course, all of this works until it doesn’t. The Spurs will need to continue to rebound well, and they’ll need to keep getting quality looks inside. They’ve been fortunate in a few of their matchups thus far, with injuries to Jonas Valanciunas and Hassan Whiteside skewing things in favor of San Antonio’s bigs. Some opponents will be better-suited to stuffing up the lane, while others will inevitably adjust. Luckily, this is a versatile roster suited to adapt to whatever defenses throw their way, even if it means leaning more on long-distance shooting.

But maybe the Spurs can make this work. Maybe they’ll put together another iconoclastic season that finds success in going ever-so-finely against the grain.

And maybe three-pointers are actually dumb.