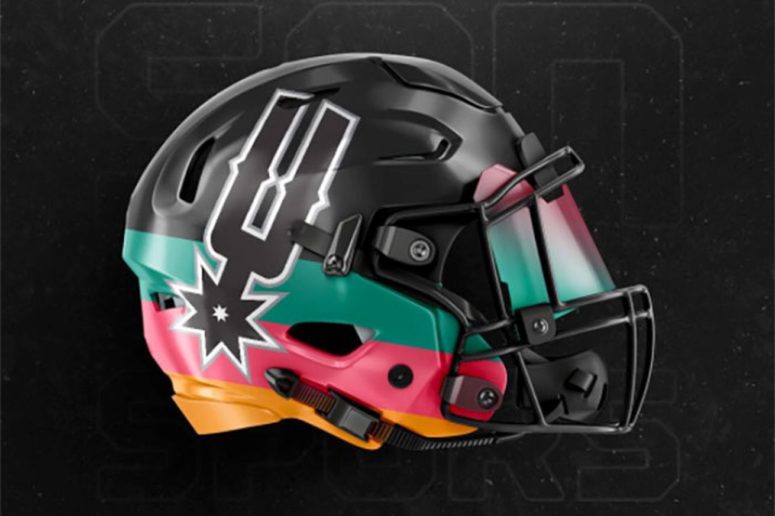 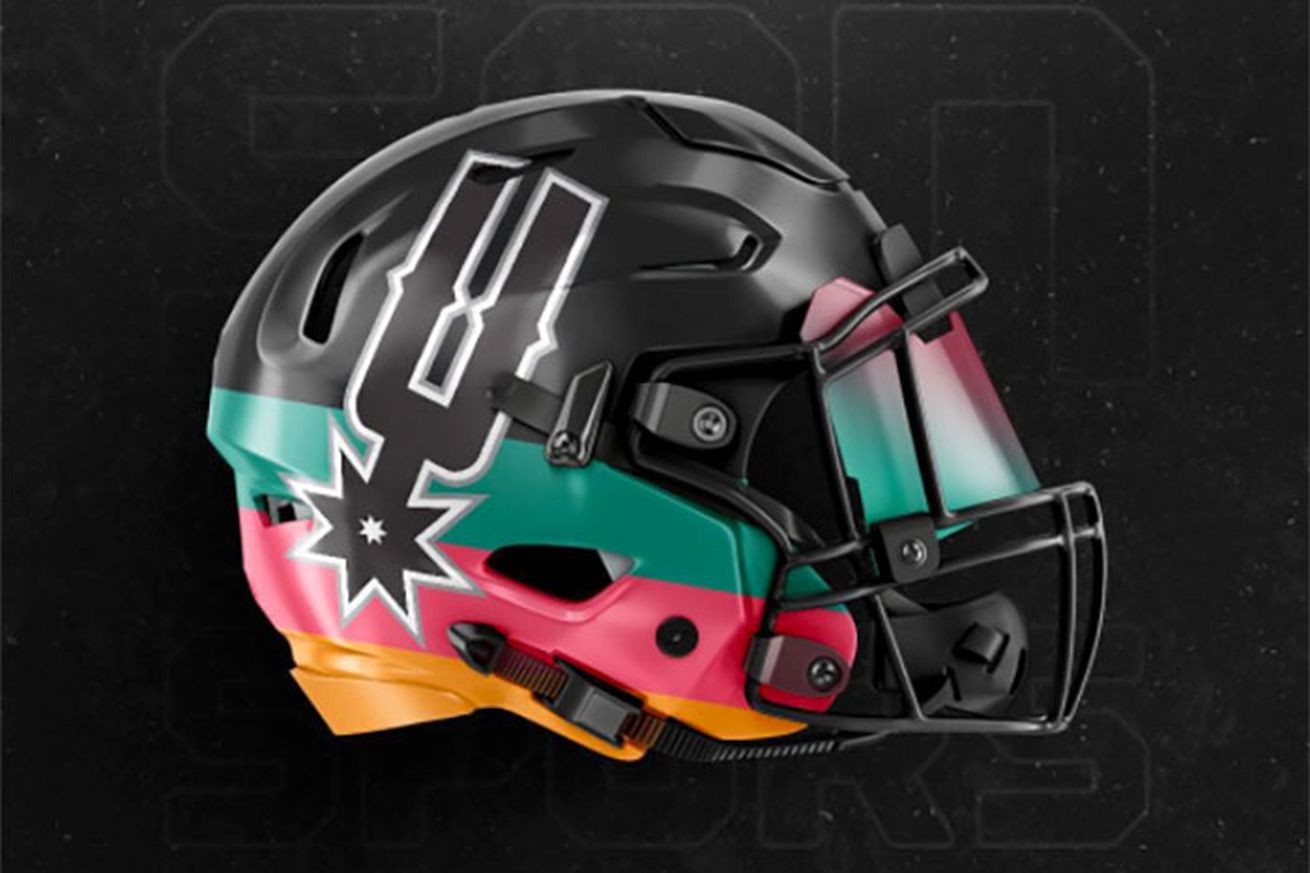 Interestingly enough, the Sacramento Kings have an answer to that all question.

San Antonio has long been a city starving for an NFL team, and while we all love our San Antonio Spurs more than life itself, we’re still Texans and will always have a place in our hearts for football. Despite constantly being teased as a potential relocation or expansion destination, there are few signs of it happening any time soon.

So with no San Antonio-themed football gear coming to town, why not do the next best thing and create Spurs-themed gear? Well, that’s exactly what the Sacramento Kings did for several NBA teams on their official NBA site, and it’s glorious.

There are three different Spurs designs (you can scroll through the gallery to see the rest of the helmets as well), each featuring the Spur in a modern “U” format with a different color scheme. Here are two helmets with the Spurs’ traditional colors:

But the best of all has to be the 90’s Fiesta-themed throwbacks:

Here’s to hoping Nike incorporates a similar theme when they release the Spurs’ community alternates closer to the start of the season. Thanks for these, Kings! If San Antonio ever gets a football team, they’ll know who to hire for uniform designs.

Hat tip to Jeff Garcia at News 4 San Antonio for the find. Follow him on Twitter @JeffGSpursZone.