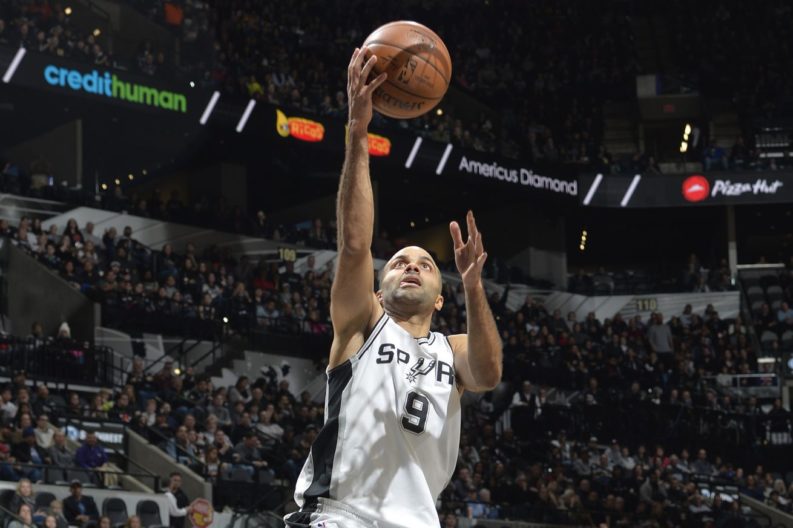 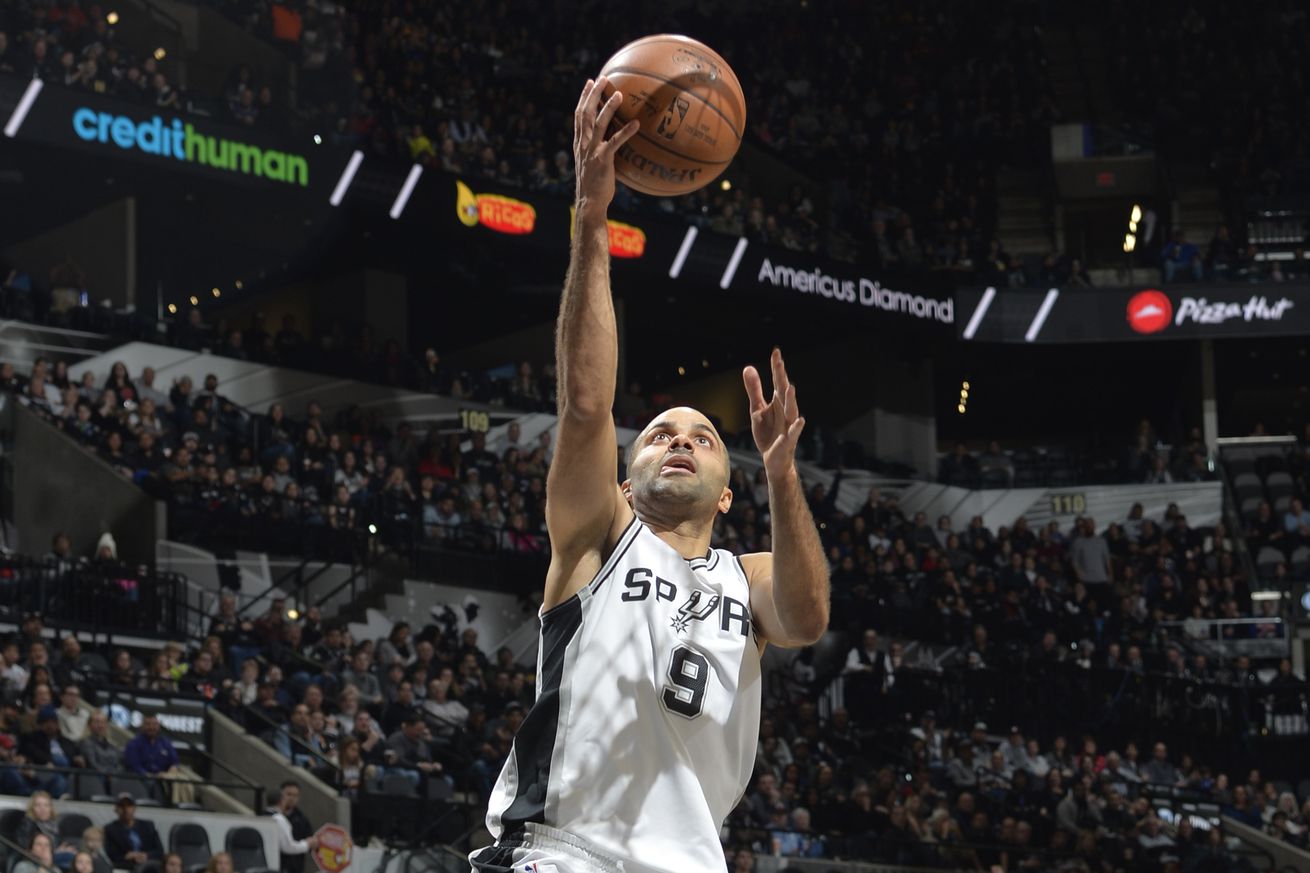 Since 1999, the Spurs have won 5 Championships, abd only one player was present for all of them: Tim Duncan. Although his #21 is the only jersey number to have been worn for the winning of all 5 rings, there are jersey numbers that have won 4 rings. Almost every fan can identify two players whose numbers appear four times, and we recognize one of them today

Spurs By the Numbers is an analysis of the players who have worn specific jersey numbers throughout the Spurs history. Perhaps there is pattern to the Silver & Black’s best seasons, or maybe there is something random to the Spurs dynasty. Does the number a player wears foretell the success of the team overall?

#9- The One and Only Tony Parker

#9 is truly Tony Parker’s number. Before he joined the Spurs in 2001, 4 players wore that jersey for a total of 45 games. None of these players ever started a game or played a whole season. I doubt even the most knowledgeable of Spurs fans could recall those four players’ names, but I have added them at the bottom in case you want to put yourself in trivia mode for a few minutes. That includes you, Sean Elliott.

Let’s begin with the off chance that Tony Parker never joined the Spurs at all. Prior to the 2001 draft. Parker had been on R. C. Buford’s radar. The 19-year-old French standout did not fare well against the Spurs’ scout during the summer camp. He was sent home before Gregg Popovich saw a highlight reel and was lobbied to invite Parker back. A successful second workout got the attention of Pop; it would be a waiting game to ensure Tony would be available late in the draft.

Just five games into his NBA career, Parker took over as the starting point guard and maintained that position over the last 17 seasons. As part of the Big 3 Parker, Tim Duncan and Manu Ginobili have racked up an impressive set of stats that may never be surpassed: the most wins, the most playoff wins, the most playoff appearances…you get the picture.

But all of that may have been altered. After struggling to get his shot during the 2003 NBA Finals, Tony found himself on the bench relinquishing minutes to Speedy Claxton. Combined with the Spurs aggressive push to acquire Jason Kidd during free agency, Parker’s future was unsure.

Fortunately, Kidd passed and the Spurs went on to win two more championships in the next 4 seasons. The 2007 NBA Finals highlighted the emergence of Tony Parker as he took over, setting a personal best 20.8 points per game during postseasons that include a Finals appearance. He was rewarded by being named 2007 Final MVP.

He took very few summers off from basketball; whether it was FIBA, the Olympics, or his own stake in ASVEL, Tony eats, sleeps, and lives basketball. And the Spurs are all the better for it.

As Parker has aged, his numbers have begun to dip. But his energy and intensity does not seem to waiver. Even as his game seemed to have maxed out last season, Parker reached down deep in the postseason and put on a show for the ages until he was forced out of the competition by a tear to his quadriceps.

At 35-years-old, Parker experienced an injury that most believed would end the Frenchman’s career. Coming back from quadriceps surgery stacked the odds of success against him. But TP made an accelerated recovery exceeding all expectations other than his own. He spent extended time in the gym conditioning and even worked out with the G-League affiliate Spurs as part of his physical regiment.

Even today, opposing teams must know how Parker is going to get to the hoop. There is enough footage of him driving to the basket that no NBA player can say that he wasn’t warned. And still, Tony will take off immediately losing his man and then flip up a shot beneath the hoop. Alternately, he will utilize his beautiful mid-range floater. He’s also been known to stop on a dime letting all in motion appear to be jostled on a train, leaving him to take an uncontested shot from the elbow. Or else he’s driving with all his speed in which he uses his inside arm to shoot, which should allow the defense to block him, but paired with jumps from his off foot that send his layup to the hoop out of sync creating an alternate timing for his shot altogether. He cuts, he spins, and he’s fast; but sometimes he just shoots an 18-footer, meaning you can’t leave him any room or he will burn you each time.

Tony hasn’t lost a step. In fact, in his 17th season and after his surgery, an argument may be made that Tony Parker is playing even better.

Players who wore #9 before wearing #9 was in vogue: