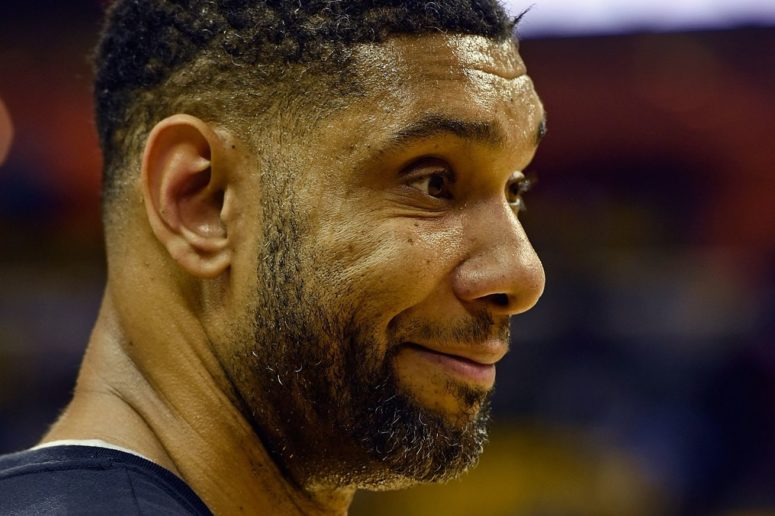 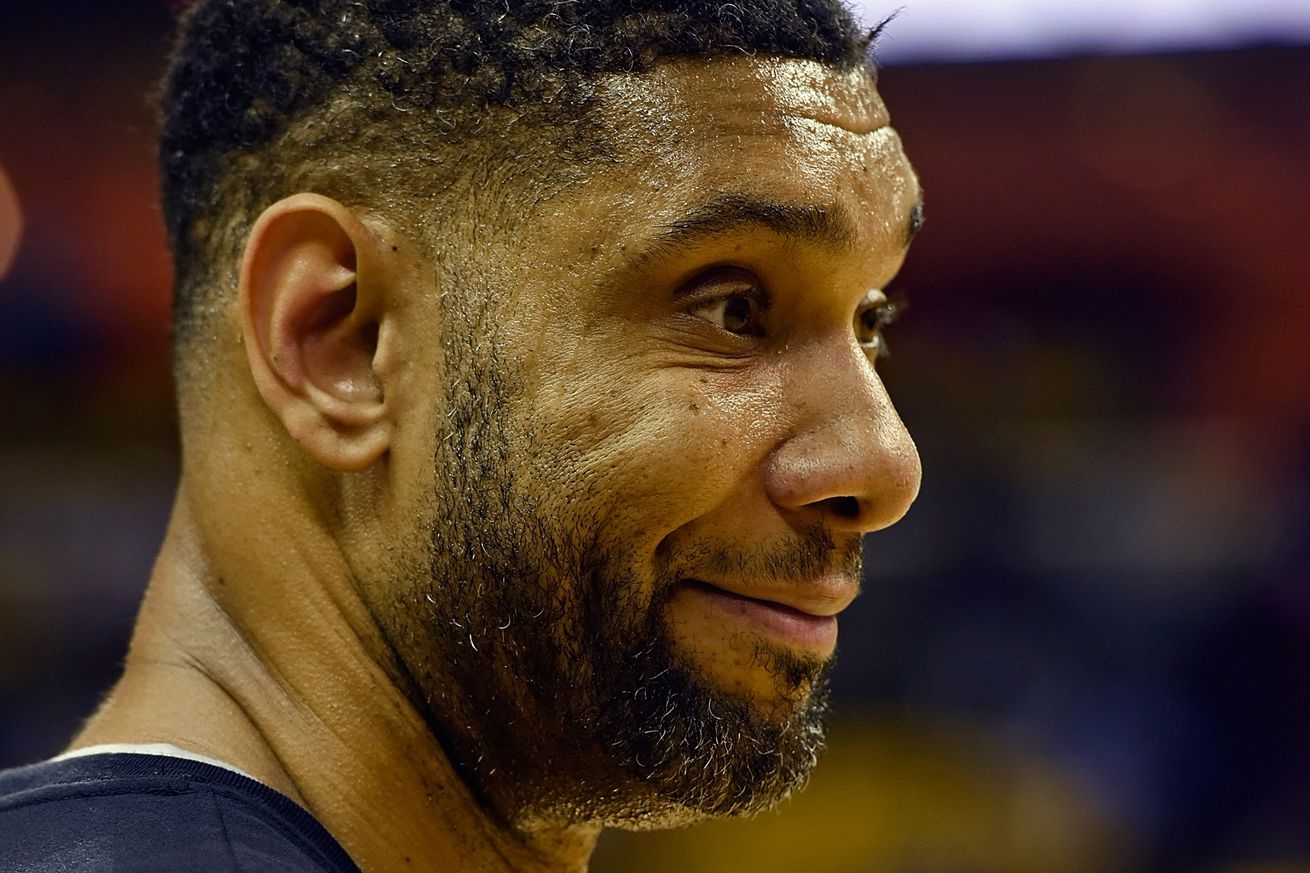 Tim Duncan as the motivating factor of San Antonio’s success in the context of the winningest teams in sports history.

In The Captain Class, Sam Walker presents a simple but compelling premise: what do all the great sports teams have in common?

One thing Captain Class doesn’t attempt to answer is the more provocative but less revealing question of which team is the absolute greatest, but it does set about identifying the greatest teams in sports history and what each of them had in common. What he arrives at is that each of the sixteen greatest sports teams had captains who shunned the spotlight and led through their dedication and communication on the field.

The founder of The Wall Street Journal’s sports coverage, Walker uses sports as both backdrop and source material, yet this is a book about leadership and not sports per se. You don’t have to be a leadership junkie to enjoy The Captain Class, but the book will resonate most strongly with those who have been in or are interested specifically in positions of leadership and how leaders manage, inspire, and get the most out of their followers and/or teammates. Anyone who comes strictly for bar-stool material will likely find Walker’s academically-dense but statistically-light approach a bit difficult to distill onto a chart or a soundbite.

Similarly, those who are interested only in a particular sport or only in U.S. sports might find the chapters devoted to international field hockey, handball, and rugby to be a bit tedious. There’s only one NFL team, one MLB team, and two NBA teams on Walker’s list. On the other hand, reading the book may give you a greater appreciation for the mental and physical toughness displayed by captains in other sports. Part of Walker’s goal is to make a case for the universality of qualities among leaders in a wide range of sports, and in this he succeeds.

This being a Spurs blog, I’ll use Tim Duncan as an example. Walker devotes parts of three chapters to Timmy, describing his style as “lead from the back” (think of Duncan quarterbacking the defense from the low block), using non verbal displays like hugs or affectionate taps on the head, and practical communication such as emoting through his eyes rather than through fiery speeches. Walker isn’t exactly treading new ground here in his assessment of Timmy, but he does admit that even among the top tier captains he discusses (which include the likes of Bill Russell, Yogi Berra, and Steelers linebacker Jack Lambert) Duncan was exceptionally talented and capable of dominant superstar play in every aspect of the game.

If Duncan underwhelmed statistically or stylistically, says Walker, it was a conscious choice for the good of the team rather than any limitation of talent.

But if Duncan is unique even among top-level captains, that probably says something about the organization he captained as well. Indeed, even among the sixteen “Tier One” teams selected by Walker for consideration in the book, the Spurs have enjoyed a protracted run of success since drafting Duncan in 1997.

One of Walker’s criteria for a team to ascend into Tier One is that it’s stretch of dominance must have occurred over a span of four or more years. Smith uses the four year threshold to remove the influence of luck in a team’s success, likening it to the probability of a coin coming up heads twice vs. four times.

A scan of Smith’s “Top Tier” teams reveals that only Russell’s Celtics and Duncan’s Spurs had a run of “freakish success” (his term) longer than nine years. In third place was the Cuban women’s volleyball team which ran from 1991 to 2000. Ten of the sixteen teams had a run of between four and six seasons, just barely cresting Smith’s threshold of sustained, non-lucky success.

I asked Smith about the Spurs, and whether a continued run of success post-Duncan might cause him to reevaluate his premise:

PtR: If the Spurs can sustain their run of success uninterrupted with at least one title, would you consider that an extension of that same freakish run of success? Would you consider it a separate era under the leadership of Kawhi Leonard (who by all accounts is even less vocal than Tim?)
SW: the book’s main conclusion is that the only one factor that must be present in order to maintain greatness over a long period of time is the presence of a particular kind of selfless, relentless, independent-minded, publicity-averse, emotionally composed captain with strong communication skills. And that’s Tim Duncan. Duncan was a pure example of the species.
So how do we explain this year’s team? Some of the 16 teams in Tier One of my ranking collapsed immediately after the captain’s departure. In a few cases, however, the culture that the captain built carried over for a little while. I think that’s what happened with the Spurs.
In their case, though, it’s no accident. This season, Duncan still came to the gym three or four times a week (on a pro-bono basis!) to work with the group. In the most challenging times this season, he purposely spent time both on the floor and away from the court with players who were struggling or facing difficult match-ups. He did this with no desire for attention or recognition. That’s completely in character for Duncan, but it’s something I’ve never seen before. I think that’s one of the main reasons they continued to achieve excellent results. If he continues to do this next season, I think they might be just as competitive, assuming Ginobili hangs around and everyone stays healthy.
So to answer your question, I’d say that yes, another Spurs title would be a continuation of the same team chemistry that drove them forward over the last few seasons.
PtR: Would you give Popovich any additional consideration as the driving force behind this unprecedented run?
SW: First of all, R.C. Buford and the entire Spurs front office are well aware that they’re nearing a period of transition from the old leadership / coaching / ownership model that’s been so historically effective to a new one. Duncan is gone. Ginobili may retire and Parker is not far behind. Eventually, Pop will leave, too. They realize that figuring out the team’s future leadership and captaincy is probably their greatest challenge.
To be clear, my research doesn’t suggest that a great captain alone CREATES an elite team. It takes a number of factors to build the right conditions for a dynasty. The Spurs front office is a big part of this. Buford and his team recognized that the source of the team’s power wasn’t just Duncan’s leadership, but the strength of his working relationship with Pop (and with Ginobli and Parker). Over the years, they’ve learned how to build around this core without compromising its integrity.
As for Popovich’s role: In chapter four of the book, I studied the track records of great coaches. I didn’t minimize their contributions at all. They obviously matter. What I did discover was that even the greatest coaches (Lombardi, Belichick, Ferguson, Jackson, Popovich, etc.) reached their peaks alongside a captain who was less of an underling than an equal partner.
What’s underrated about Pop, I think, is that as domineering as he can be, he understands Duncan’s value and gives him the space to serve as an independent manager on the floor. They have a remarkable relationship. There’s massive respect there, but there’s also a healthy level of conflict. The most important thing a coach does, in my opinion, is select the right player to lead the team and give that person the space to act independently, improvise, and even disagree. That’s not something that’s always perceived as “strength.”
All of these factors were crucial to the team’s greatness.
Honestly, I think the biggest challenge for the Spurs is that the Warriors are building the same kind of team behind their own Captain Class leader, Andre Igoudala. Igoudala is every bit the selfless, relentless, emotionally mature, independent-minded player that Duncan was. He also shuns attention and individual accolades (he keeps his NBA Finals MVP trophy in a bag in a dusty corner of his house, for instance). It’s Igoudala who gives that team its center, I believe, and allows its stars to shine without having to bear the burdens of doing the daily grunt work of leadership.
PtR: Thanks for the very detailed response. You mentioning the Warriors brings up a different question.
They look like they’ll be dominant for several more years, but even if the Warriors reach the absolute peak of their potential, even the most optimistic can’t say they’ll go on for 19 years like Duncan’s Spurs did.
Even among the top tier of teams, are the Spurs unique in the longevity and consistency of their success? Do you think there’s any chance of repeating it in today’s sports environment?
SW: It’s a terrific question. I think the answer is pretty clear, though. NO! Curry, Green, Durant, and Thompson are all 27 to 29. Optimistically, they’ve got another 10 years. That would put their streak at 14 years. I suppose its possible they could catch the Celtics, but the Spurs longevity seems out of reach.
Probably the biggest problem is that Igoudala is 33. He’s the glue that holds that team together, in my view. At some point they’ll need to find a strong leader to replace him. That will be tough to do on a team with so many big stars.
Also, there’s the looming question of what the next NBA labor deal will look like. The current deal expires in 2024. It could get really difficult for the Warriors to afford to keep everyone, and to reload, unless the stars go the way of Duncan and take salary cuts.

The Captain Class is a must-read for anyone with an interest in leadership or sociology, even if they only have a passing interest in sports. For the Spurs fan, though, I’d recommend it even if you don’t have an interest in those things, and especially if you’ve ever asked yourself how the Spurs stack up against other great teams in history. The answer, at least according to Walker’s research, is that the Spurs’ 20 year run of championship contention is truly unprecedented, and unlikely to occur again any time soon.