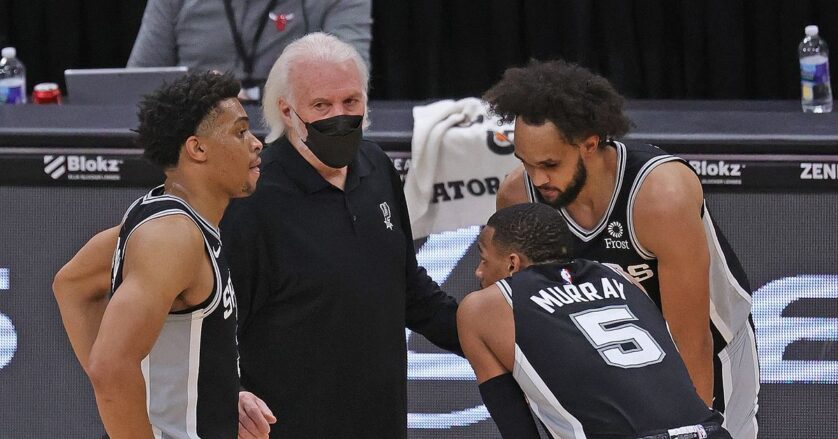 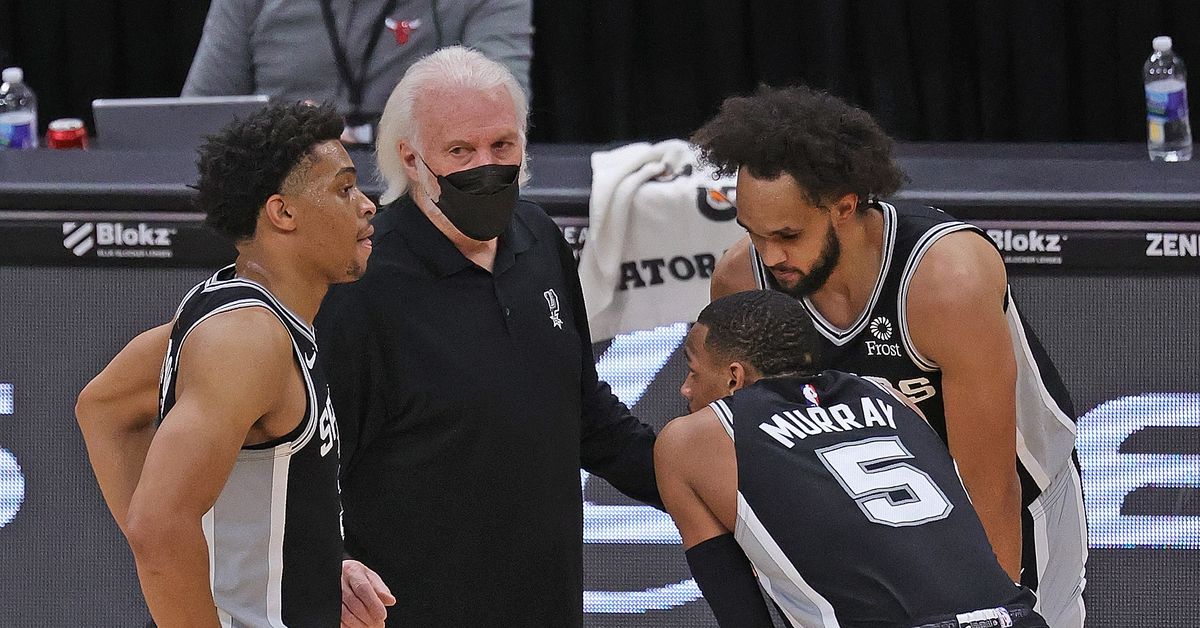 When it comes to the San Antonio Spurs, Bob Dylan probably said it best: “The Times They Are A-Changin’”. He had a much deeper meaning when he penned that, of course, but the times are certainly changing with the Spurs. Gone are the days that the Spurs are seen as perennial contenders. Gone are the days of penciling the Spurs into a playoff spot. And now, gone are the days of the team relying solely on veterans. It’s a new day for the Spurs franchise, but that doesn’t mean there’s nothing to look forward to.

These last two offseasons, and regular seasons for that matter, have been a turning point for the team. A turning point that sent the Spurs down the ranks of the NBA elite. The kind of turning point that happens to every team at some point in their franchise history. There’s not a single franchise that hasn’t had a few years when fans felt the team hit rock bottom. Look at the Lakers and the years they had between Shaq’s departure and Pau Gasol’s arrival as evidence, as well as the years following Kobe Bryant’s torn Achilles. The Spurs have seen three losing seasons during the last 30 years, and as we know, two of those were the last two seasons. That year-in, year-out consistency helped create a fan base that expects greatness, or at the very least, competitiveness.

As this offseason has played out, there has been a lot of dialogue between the fans and followers of the team. Just like with everything else, everybody has their own ideas and views of which direction they would take if they were in Brian Wright’s shoes. Not a single one would’ve selected Joshua Primo, the youngest player in the draft, and should he play in the Spurs’ season opener, would be younger than LeBron James was when he made his debut (not to say that’s the level of player he’ll be — merely pointing out the direction PATFO has taken with the roster). Lately, the dialogue has been centered around Ben Simmons and the potential of trading for him.

I understand why fans, and even the Spurs, would want him. He’s an All-Star, 6’10” point guard that has been first team All-Defense. He can raise both the floor and the ceiling of a franchise, even though he can’t shoot a lick and just had the worst postseason FT% with a minimum of 75 attempts. However, I think we should just look at the roster the Spurs have put together and pump the brakes on blowing things up for Simmons.

Statistically, the Spurs already have a guy on their roster putting up Simmons-like numbers, and that’s without Joel Embiid and Tobias Harris flanking him. I’ve written about what Dejounte Murray’s potential could be before, so I won’t spend too much time on him here. When it comes to the rest of the roster, there’s plenty to work with and be excited about, starting with Derrick White.

White, coming off a disappointing season health-wise, still played his best basketball yet. He and Murray combine to make one of the best defensive backcourts in the league, and White showed the ability to hit catch-and-shoot 3s, hitting 37%. If he can stay healthy for a full season, there’s no reason to think he won’t continue to improve his game and scoring output. Alongside White in the starting lineup, there’s recent Gold Medalist Keldon Johnson, who after playing well in the Bubble, had a strong 2020-21 campaign, averaging 12.8 and 6 in 28.5 minutes a game. With the changes to the roster, it’s likely he’s going to be shifted into a more natural position playing small forward. This change and having another year under his belt should only help him going forward.

Next, there’s Jakob Poeltl: a guy who played so well off the bench, the Spurs realized they needed to let LaMarcus Aldridge go in part so he could play a larger role. And what did Poeltl do in the role? Only average 10 points, 8.7 rebounds, and 2.1 blocks in 29.6 minutes per game as a starter. That 2.1 blocks per game would’ve been good for 4th in the NBA, but even when taking his entire season into account, he still came in 6th with 1.8. He will be 26 this upcoming season and is coming into his own as a starting center. The backup big spot is still a little shaky unless Thaddeus Young isn’t moved. We’ll probably see Drew Eubanks, Jock Landale, and a combination of guys playing small ball 5 come in for Jakob until Zach Collins is able to play.

It’s unknown who will take the court alongside these guys in the starting lineup, but it’ll probably be one of the veterans, Doug McDermott or Thaddeus Young (again, unless he ends up being traded).

Now for the bench, which is now missing the fighting Aussie Patty Mills. It looks like Lonnie Walker IV will be slotted into the role of providing energy and scoring off the bench vacated by Patty’s departure. This is a role he should thrive in, as when asked to score in the past, he’s gotten it done. As mentioned with Murray, I’ve discussed Lonnie’s role on the team previously, so check it if you haven’t already.

Bryn Forbes has returned to the team after spending the season in Milwaukee, where he won a championship and was 4th in the league in three-point shooting. He should add much needed shooting to the team, even though his last year in San Antonio had fans calling for him to be let go. There’s a few young guys who have limited NBA experience: Luka Samanic, Tre Jones, and Devin Vassell. All three have shown flashes, and they all either are or have the ability to be pretty good defenders. Now, they’ll have the chance to really show what kind of players they can be in the long run.

Overall, we’ve seen a move toward relying on younger players. And as we’ve all seen over the years, the Spurs have an incredible developmental staff. Every player listed above has shown improvement each year they’ve played, and I doubt that stops this season. For a team that has had its limitations these last two seasons, they at least competed for a playoff spot. Sure, DeMar was the one leading the way, but the team has replaced him with a better shooter and will rely on Dejounte and Derrick to make up for the loss of his playmaking.

So instead of being doomsday preppers and thinking the Spurs are tanking, or that they should trade a few of their assets for an All-Star, we should be optimistic. Optimistic that everybody on this roster continues to improve in this upcoming season. Even the slightest improvement can make a big difference in where the team ends up among Western Conference teams. Truth be told, none of us know what to expect, as we’re going to be watching something we’ve never seen. And that’s why I say we should opt for optimism – we could be witnessing the start of the next great Spurs run.