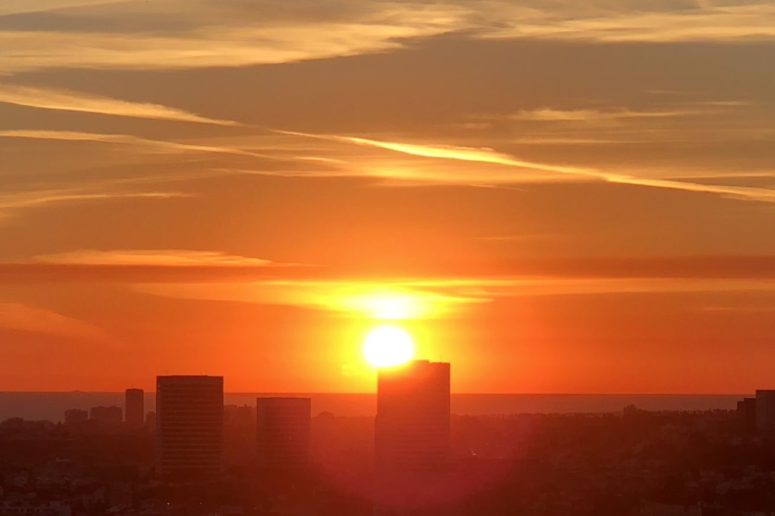 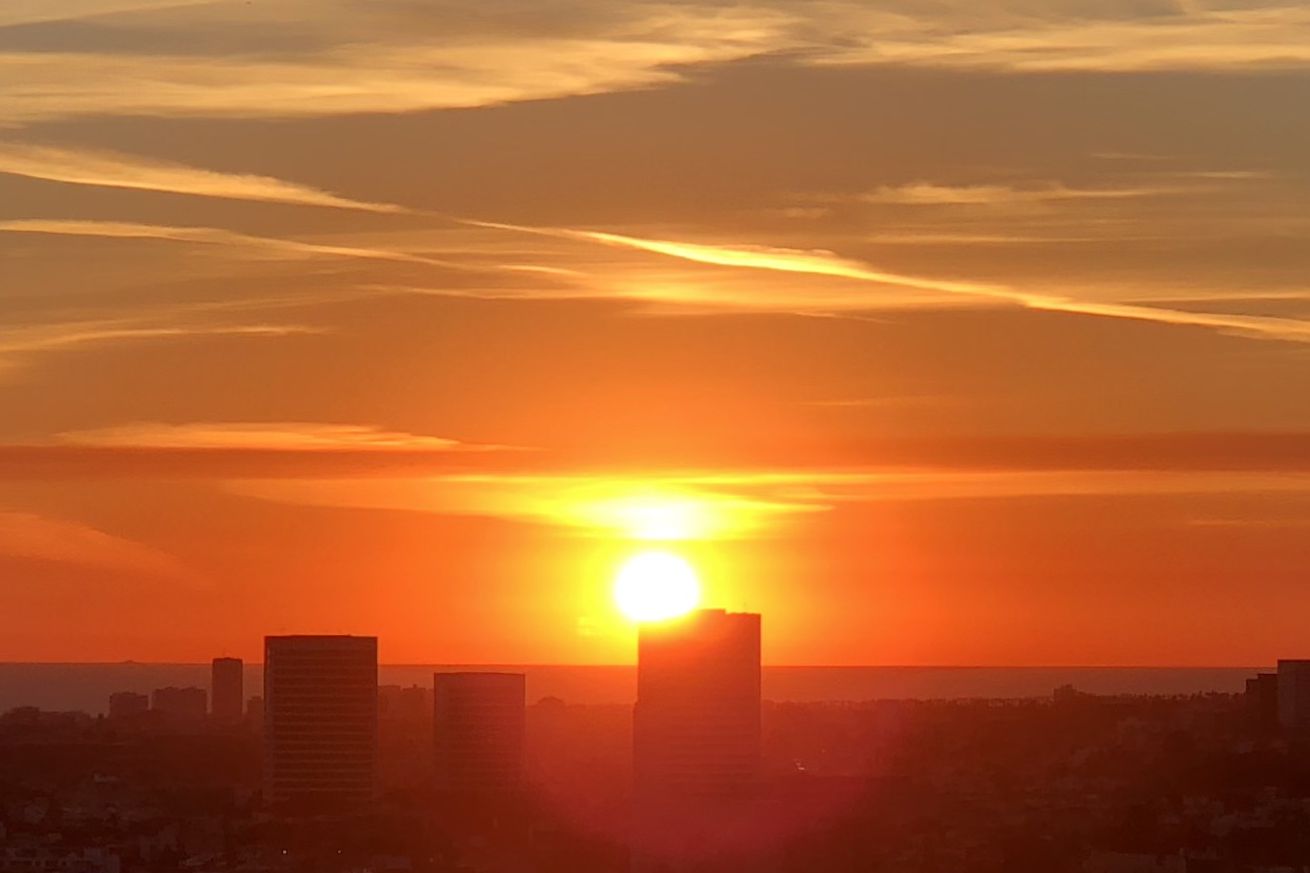 Maybe now we can forgive Bruce.

I took the sunset picture at the top of this piece from my office Monday night, just prior to the Pacific Standard Time start of the Spurs game against the Clippers. As I heard the Clippers’ starting line-up, and heard about the other Clippers just added to their injury list, I wondered if this season represents the sun setting on the LA Clippers.

Of course, that sunset began with the loss of Chris Paul over the off-season, and accelerated over the start of the season with the season-ending injury to Patrick Beverly, Paul’s erstwhile replacement. That was followed by yet another serious injury to Blake Griffin, whose picture is in the dictionary next to the definition of “injury-prone”.

Over the past five or six years, before the Warriors became the Death Star, many Spurs fans (including this one) viewed the Clippers as the Spurs’ primary obstacle to reaching the NBA Finals. Chris Paul dominated Tony Parker just as once Tony dominated Fisher, the Spurs had no one could really stop Griffin, Deandre Jordan was more athletic than any Spurs post defender (especially when he was catching and dunking perfectly thrown CP3 lobs), and the Spurs best defender Kawhi Leonard was often wasted on Luc Mbah a Moute, Wesley Johnson, the ancient Paul Pierce or some other weak Clippers’ small forward. Of course, this played out exactly as expected in the 7 game loss by the defending champs to the Clippers in 2015.

Now, that rivalry appears dead. With all their injuries, and no CP3 to save them, the Clippers this year have been awful. They are now 11 – 18, only a half-game ahead of the Baby Lakers. In LA, there are even rumblings that Doc Rivers may be on the hot seat. We all would very much miss Doc setting the tone for his team by complaining about every call that goes against the Clippers, while ignoring all the calls that go their way.

And while the replacements for the injured players play hard, they rarely play well, especially down the stretch of games. Of course, when the coach’s son is your go-to guy down the stretch, you won’t win a lot of games. It is not that Austin Rivers is not a legitimate NBA player, it is just that he is not a very good one.

So while I could say I will miss the Spurs – Clippers rivalry, I don’t think that would be accurate. So long as the Clippers remain the biggest contributor to the NBA’s fine system for technical fouls, the NBA won’t miss it either.

Observations from the Spurs – Clippers game: