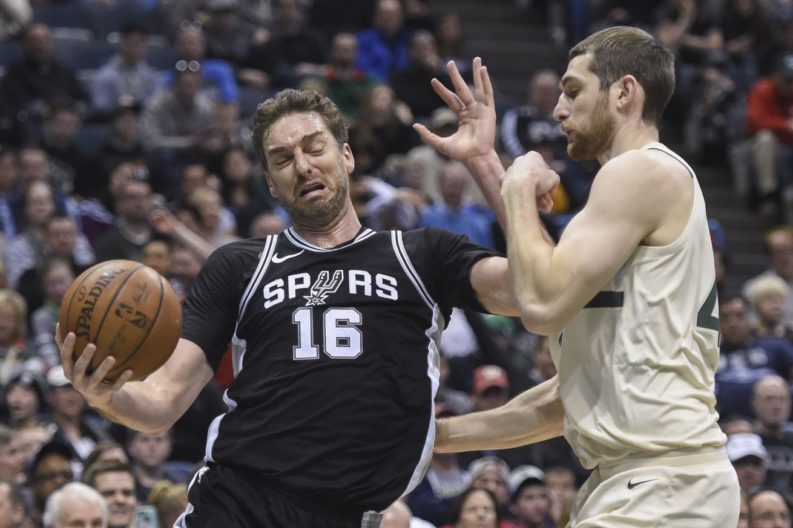 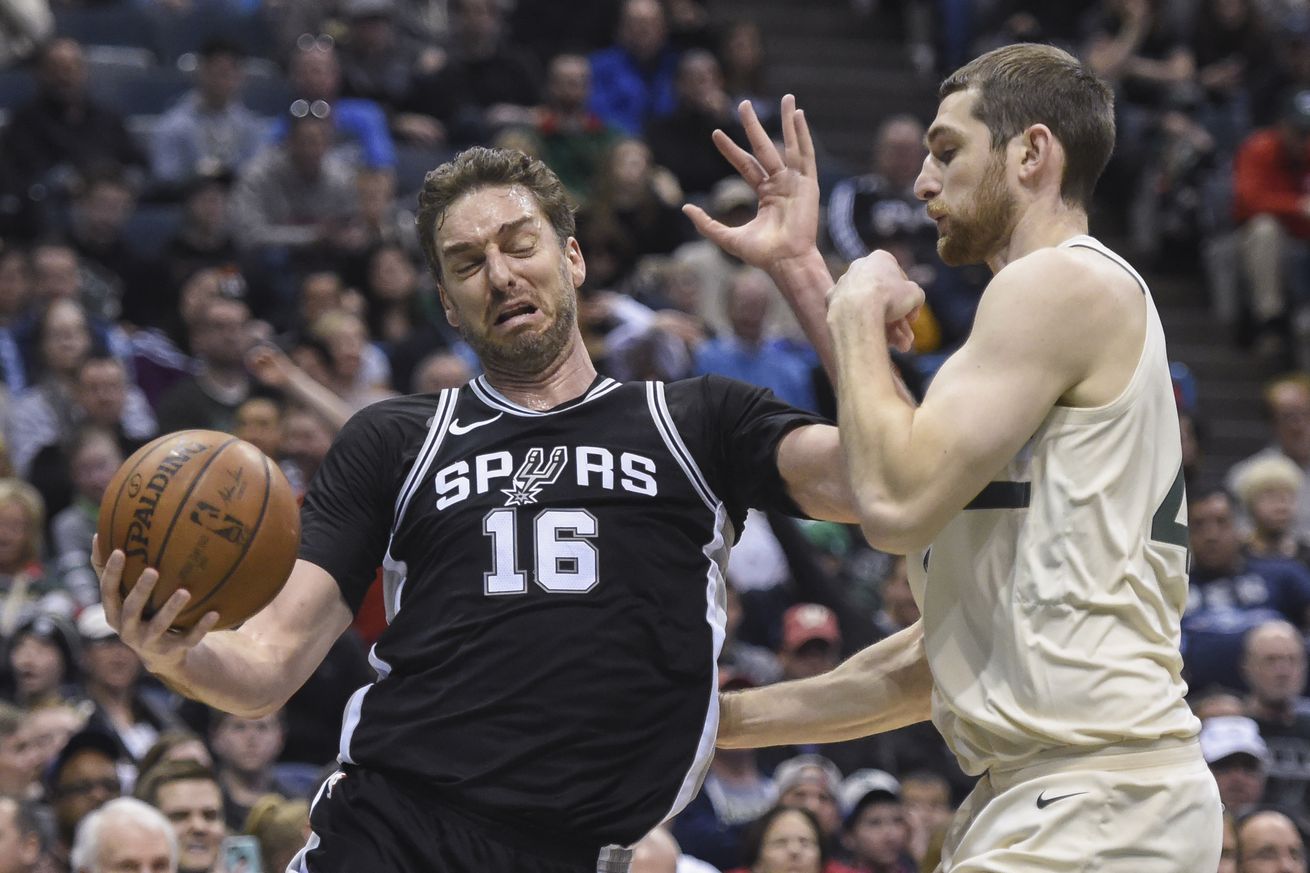 Once again the Spurs came close but couldn’t close things out on the road.

After winning six straight games at home, the San Antonio Spurs were looking to take their success on the road and buck the trend of poor road performances (no pun intended) against the Milwaukee Bucks. That was not the case. In a game that was literally a tale of four quarters, the Spurs once again came up short away from the AT&T Center.

An awful start set the tone for what would prove to be a struggle-bus of a game. The first five minutes featured a putrid 1-9 start from the field and the Spurs down 9-17 with 3:55 left in the first quarter. It would only get worse, and by the end of the first quarter the Bucks lead had ballooned to 27-15, which in reality made the game seem closer than it was.

That horrific first quarter, which saw the Spurs shoot only 29 percent to the Bucks’ 57 percent, had them playing behind for the rest of the game. Milwaukee outscored SA 16-8 in the paint, but the most glaring stat would be a sign of things to come: 13-0 fast break points in the home team’s favor. That would prove to be an insurmountable hole in the later stages of the game.

The Spurs went to a zone to start second quarter and stabilized themselves with a 17-5 burst, running the Bucks down midway through the quarter to tie things up at 32-32. The defense also refocused in the 2nd, allowing only 2 fast break points in the period on the comeback trail. The teams played to a stalemate the rest of the way, and the Spurs seemed to have new life with a tied game at 47-47 at the break.

Then, once again the script flipped with the change of quarters. The Spurs came out of the locker room with another slow start in man-to-man defense, quickly hemorrhaging points to see the deficit balloon to 10 plus points once again. The usual “2017-18 Road Spurs” reared their ugly heads again, giving up open drives to basket, disjointed offense leading to poor shot selection, and general discombobulation all over the open court.

Pau Gasol’s 12 points in the quarter was the only thing that helped the Spurs stay within shouting distance, but they still entered the fourth quarter down 88-75 after a buzzer-beater three by Brandon Jennings to end the third.

The Spurs again started a little slow and would end up getting down 96-81 with 8 minutes left in the game. All seemed about lost before Gregg Popovich inserted LaMarcus Aldridge, (who had a quietly excellent 34 point, 7 rebound performance) back into the game, and the Spurs would slowly begin to chip-away at the lead by establishing themselves down low and on the offensive glass. Pau Gasol continued to be a force that the Bucks oddly couldn’t handle down low, and the Spurs closed to within three points with the ball with 10 seconds left.

Pop opted to let his players run a play instead of calling timeout, but unfortunately they never got set up. Dejounte Murray’s desperation three was partially blocked by Khris Middleton, and that was the ball game, snapping the Spurs’ win streak with a 103-106 loss.

Along with Aldridge’s performance, Gasol had a 22 point, 13 rebound double-double off the bench, while Murray, Rudy Gay, and Danny Green also scored in double figures. For the Bucks, Giannis Antetokuonmpo led the way with 25 on his return from a sprained ankle, and three other Bucks starters scored in double figures, including 23 from Eric Bledsoe.

A Tale of Four Quarters

An extremely odd stat from this game was each team alternated dominating quarters, and each quarter was won by double-digits. The Bucks outscored the Spurs in the first by 12, the Spurs won the second by 12, the Bucks dominated the third quarter by 13, and finally Spurs won the final frame by 10 points. One the bright side, the Spurs outplayed their opponent in the fourth to reverse some recent bad habits. A stronger start in either of the halves could have been the difference for them in this one.

Dying by the fast break

Even more than the hot-and-cold quarters, perhaps the most telling stat of the night was the Bucks outscoring the Spurs 25-2 on the fast break. As mentioned before, that number was 13-0 in the first quarter alone, and it shows the kind trouble lengthy, fast teams like the Bucks can give the Spurs.

It’s also notable that the Spurs only gave up 12 turnovers, but nearly all of them were live-ball turnovers caused by poor passing and ball-handling, which is what allowed the Bucks to get out and run. On the other hand, most of the Bucks’ 10 turnovers were of the dead ball variety, which kept the Spurs off the break. There are many reasons to point to as to why the Spurs lost this one, and this was definitely one of them.

The Spurs return to the court on Tuesday to take on the Washington Wizards in our nation’s capitol. Tip-off will be at 6:00 PM CT.