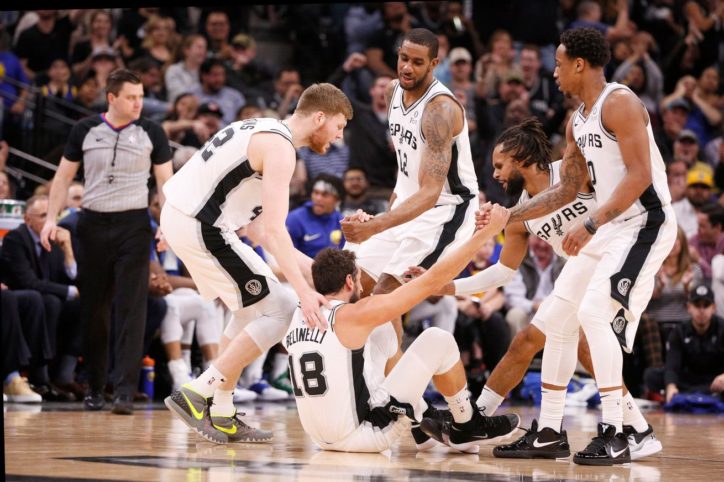 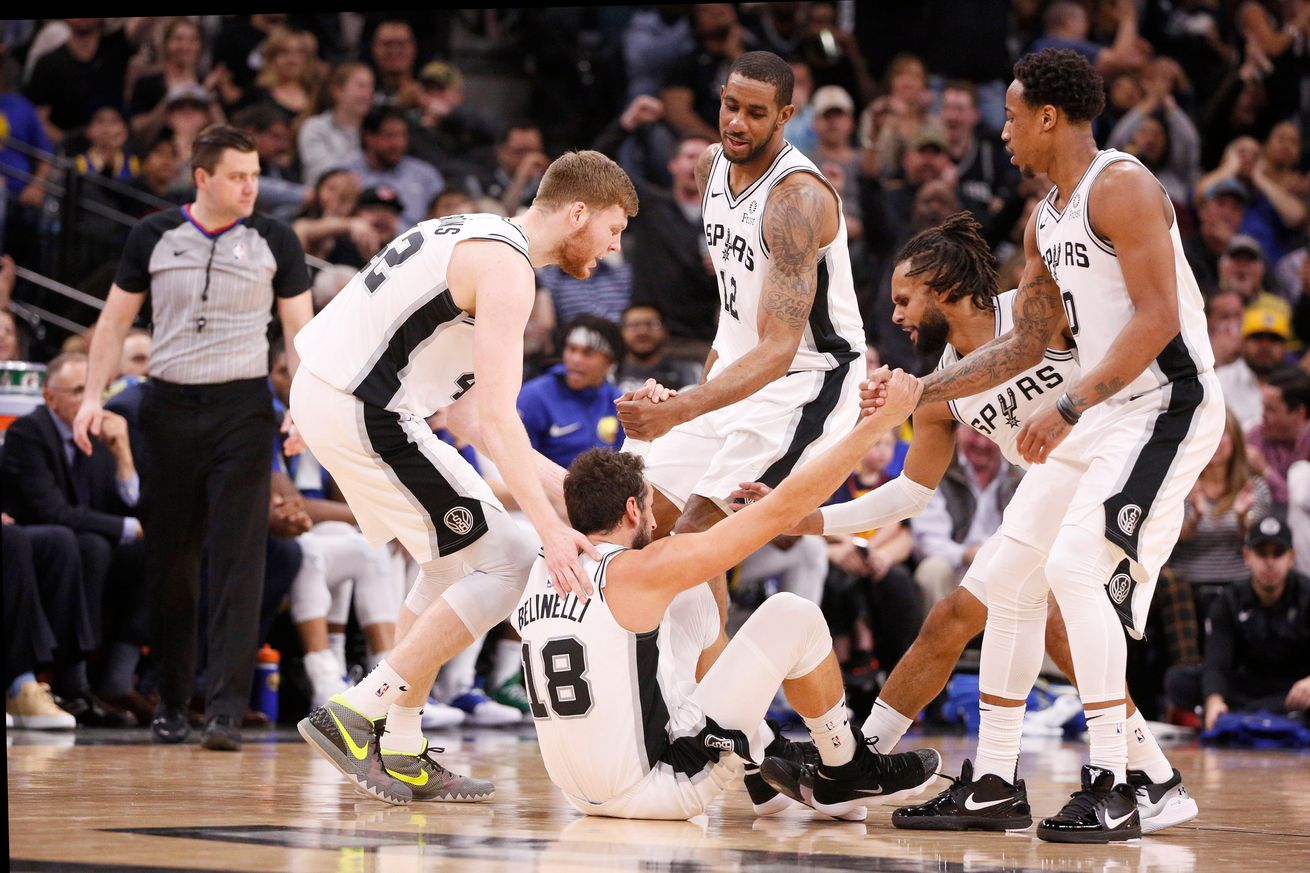 After being forced to make changes in recent offseasons, making no moves might be the right move for San Antonio.

Most teams in the NBA are used to starting over from one season to the next, but not the Spurs. Continuity has been a priority for the franchise for over two decades and a staple of the über successful Big Three era. The less things changed, the better San Antonio appeared to perform.

It has been tough to maintain that level of familiarity within the team in recent seasons. Tim Duncan and Manu Ginobili retired, and Tony Parker moved on in free agency. Their heir-apparent Kawhi Leonard demanded a trade that forced the Spurs to completely alter their plans for the future.

What Gregg Popovich likes to call “corporate knowledge” has recently been tough to accumulate, but that all could change this summer, if the Spurs want it to. For the first time in years, San Antonio won’t be forced to make any big changes and could have continuity on its side again next season.

Assuming they don’t make any big moves before then, the Spurs will start free agency with 11 players under contract for next year, nine of which will have at least one year of serious experience with the big club. Last season the number of returning players was eight, and only seven of them had spent a full season training and playing with the actual San Antonio Spurs. It’s not just names coming back, but legitimate contributors. The guys who returned for the 2018/19 season had played 12,144 regular season minutes the year before. The guys who are currently expected to be back for the 2019/20 season combined to play 16,287 regular season minutes last year. That total could climb to over 18,000 minutes if the Spurs, as expected, re-sign Rudy Gay. That’s basically an entire regular season rotation.

Not only the same players will be returning but also the same coaching staff, unless Ettore Messina decides to return back to Europe, which doesn’t seem likely. That wasn’t the case last offseason, when the Spurs lost assistant James Borrego to the Hornets’ head coaching job. Yet the biggest stabilizing force when it comes to continuity on the sidelines for the near future is Gregg Popovich’s extension. Pop will not only return for his 24th season at the helm but signed on to remain the Spurs’ head coach for three more years, which should quiet any rumors about a possible impending retirement. Again, unless something unexpected happens, the Spurs should enter next season with the same core rotation, the same stars, the same coaches, and no significant or immediate distractions.

All that newfound continuity could do wonders for the team’s ability to focus on the little things. Some of the improvements should even come naturally. Transition defense, for example, should get better simply because of increased familiarity with the shooting tendencies of others. Not having to start from scratch should also provide the staff with the opportunity to come up with adjustments to last year’s system in order to customize it to fit the personnel better. Last season San Antonio largely just went with what it had in place from the previous era, which made sense since it was hard to predict how the different pieces were going to interact. With a full year of experimentation, the coaching staff should know what to do to maximize the right combinations and introduce specific schematic tweaks to limit the weaknesses of the most questionable ones.

There would still be some challenges if everyone important is back, including what to do with almost too much depth, but figuring things out should be easier with continuity. Dejounte Murray’s return creates a tricky situation, for example. Murray was the presumptive starter last season before his injury, and if he remains Pop’c choice for first string point guard, it will mean changing the starting lineup and reducing someone’s role. Normally it would be worrisome to start the season with such a big question mark concerning the starting unit, but if the rest of the rotation is in place, and there’s enough chemistry between the players that the experimentation shouldn’t really result in too slow a start for San Antonio.

The only real drawback of keeping the team together would be that it would require the Spurs to punt on an opportunity to increase the overall talent level on the roster. The team as currently constructed is not likely to contend, so it would make some sense to make moves to either secure a higher draft pick or clear room for a free agent that could get them closer to the end goal of returning to the elite instead of focusing on maximizing a core that might not be together for long. Yet with uncertainty surely coming in the summer of 2020, when DeMar DeRozan can opt out and LaMarcus Aldridge will enter the partially guaranteed final year of his contract, settling for familiarity this offseason in hopes of truly figuring out what they have both in their star tandem and their young players might just be the right long-term play in San Antonio.

We are about to see how important “corporate knowledge” really is for the Spurs. If they want it back, they can have it by not making big moves. On its own it should only provide modest improvement, but combined with the internal growth of the young guys, it could be enough to fuel the mini-leap the team needs to make to make a deeper postseason run next year.

Change will eventually come. It will have to if San Antonio wants to return to contender status, but there’s no rush. After some tumultuous years, no one could blame the Spurs for taking it easy this offseason and opting for familiarity once again.

The Spurs could find comfort in continuity this summer
Source: Pounding The Rock