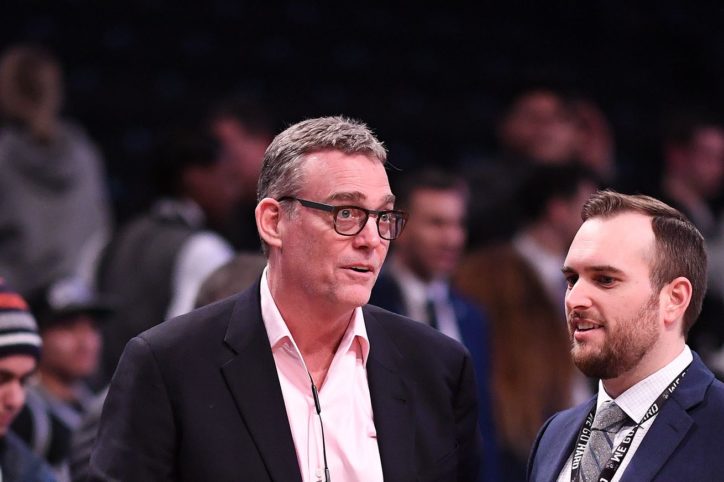 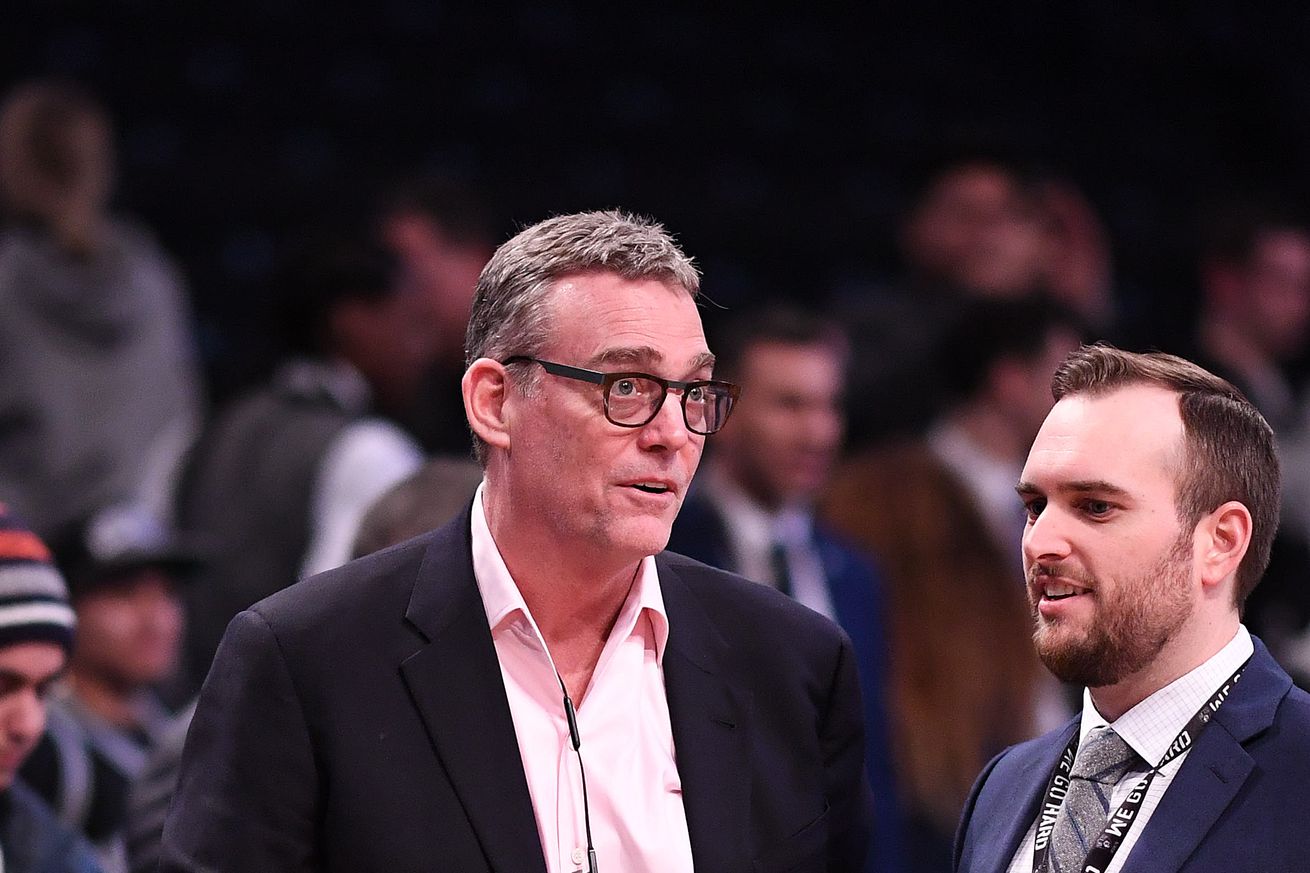 A team that has routinely operating close to the cap and spent the last two years regaining its balance will be able to boldly define itself in 2021. What might that look like?

There’s enough giddy uncertainty in the present for Spurs fans to have to simultaneously sweat what happens two years from now, with the team busy ushering in a youth movement while looking to build upon last year’s 48-win season in all the meaningful, marginal ways we’re used to in San Antonio. And yet, this summer’s moves also signal at least a back-of-the-mind focus on maintaining flexibility into the summer of 2021 where anything is, ostensibly, possible.

After handing out two-year contracts to Rudy Gay and DeMarre Carroll, the Spurs are looking at zero guaranteed players on the roster going into the 2021-22 season. That’s bound to change with future picks, player options and extensions but it means, at least for now, that the front office has an unprecedented blank canvas to work with — whether that means investing in current talent or tapping a deep free-agent pool for the right pieces to build around them. Let’s go through the numbers and scenarios to see how that might look.

A note: I used Early Bird Rights’ team and salary cap numbers for this. The website is a super-good resource for all this stuff.

Rookies and rookie options are the closest to guaranteed money

It’s easiest to start with the most likely players to be on the roster two years from now: the 2018 and 2019 (and 2020 and 2021) first-round picks. Keldon Johnson, Luka Samanic and Lonnie Walker IV will all still be on their rookie deals at this point, and it will just come down to whether the Spurs pick their rookie options, which should be an easy call. The Spurs are not the Suns, after all.

The total salary number between the three? $9.55 million. Add in the other rookie contracts for the next couple of years, in the back half of the first-round one would assume, and we can round out all the rookie contracts at a cool $16 million.

The rookie extensions are less clear, but there’s some wiggle room

Next are the young guys who will be looking at going into their second contracts. Taken in the first round in 2016, Dejounte Murray and Jakob Poeltl will have their numbers come up first, followed by 2017 pick Derrick White. How that shakes out will depend on how the team envisions the starting point guard job moving forward, as well as how they all develop and perform in the lead-up to negotiation time. Just like few people could’ve foreseen Malcolm Brogdon commanding a 4-year, $85 million contract a few years ago, things can change, and Spurs fans should be happy if the team is in a position where they need to shell out a pretty penny for any young player.

The Spurs could extend Murray (or Poeltl) now for anywhere up to the max of 25% of the salary cap. If they don’t, they’ll likely head into next summer needing to make them offers or, as they’ll both be restricted free agents, decide on whether they match another suitor’s best offer.

Poeltl may face the same reality that most traditional bigs do in the pace-and-space NBA, although this summer’s signings don’t make it easy to gauge what he’ll net. Enes Kanter, Richaun Holmes and Ed Davis all signed for 2 years, $10 million with different teams, while 21-year-old Thomas Bryant stayed with the cap-strapped Wizards for 3 years, $35 million. The Nets also signed DeAndre Jordan for 4 years, $40 million, but that’s been largely viewed as linked to his friendship with Kevin Durant. It would be hard to see the Spurs going much more than $10 million a year for him, though, unless he takes a big developmental step.

Murray, after missing last year and returning to an unclear lead guard situation, may be more difficult to predict. If he’s able to approximate 2017-18’s defensive season and add reliable shooting and/or playmaking, we’re talking about an important foundational piece; if not, his utility is more variable. It makes sense for the Spurs to let this season play out rather than offering an extension, with the intent to re-sign him next summer. In an ideal world, he re-asserts himself as the starting point guard of the future, White accepts an off-ball or super-sub role, and Murray merits a Brogdon-like contract next summer starting around $20 million.

White is an interesting case, both in the role he ends up assuming on this team and if he has another big developmental step in him. Either way, that may not play into how the Spurs move into the summer of 2021 without an extension. That would allow them to operate with White’s $10.5 million cap hold, make any additional signings, and then use his Bird Rights to retain him at a larger number afterward.

Chimezie Metu also technically factors in here, given his 2020-21 salary is non-guaranteed and would lead to a $2 million cap hold the following summer, but he’s going to have to show a bit more promise for that to matter.

Things get murkier from here

The Mid 3 Era may have a 2021 expiration date. Gay’s recently inked contract likely ends after the 2020-21 season for a reason and, while it’s possible the Spurs could’ve gotten him for three years at a lower figure than $16 million per, the compromise allows them to pivot as necessary. Aldridge has a partially guaranteed contract for 2020-21, his year-35 season, while DeRozan can opt out in the summer of 2020 or pick up his option for the final year at $27.7 million. DeRozan is likely the biggest question mark, given he’s the youngest and turns 30 in August. He and the team could agree on an extension as early as this summer, but it doesn’t behoove San Antonio to do so because of, well, everything laid out here so far. In the end, it’s possible to someone here staying, but all three moving on wouldn’t be altogether surprising, either.

Beyond that trio, the Spurs will have decisions to make on Patty Mills,whose contract ends in 2021, as well as Davis Bertans, Marco Belinelli and Bryn Forbes who are all unrestricted free agents next summer. Given the corporate knowledge the team can build with its young core, there may not be a need to prioritize any individual player, although their familiarity and spacing are pluses. Either way, the Spurs may not feel as dependent on bringing guys like this back as in recent offseasons.

While questions loom over how the Spurs play things out with the Mid 3 and peripheral vets, flexibility will be a strength moving forward. Projections have the 2021-22 salary cap somewhere above $120 million — if we imagine them putting some $57 million towards a young core of White (signed later), Walker, Murray, Samanic, Johnson and Poeltl, all hopefully positive rotation players by then, plus incoming rookies, there’s plenty of room for them to make calls on retaining a few more pieces while making a key addition two summers from now. Additionally, that burgeoning group should work as a selling point that PATFO present to whomever they approach.

Billions of dollars were committed in the first days of free agency this summer, with ramifications that will extend through the 2021 summer. Many of these deals feel justifiable now, but they’ll limit the number of buyers regardless of which teams look to shed salary between now and then.

PATFO should be able to chase (at least) one max free agent in 2021, if they want to

The 2021 free agency class is expansive to say the least, headlined by names like Giannis Antetokounmpo, LeBron James, Paul George, Anthony Davis, Bradley Beal, Victor Oladipo, Jayson Tatum and Donovan Mitchell. Even with some of these players likely agreeing to their own extensions between now and then, others will arise, and it shouldn’t take too much imagination to finding a good fit in whatever kind of team the Spurs have that summer.

Whether the Spurs will want to chase big fish or not is an entirely different question. It’s not been their M.O. most summers, and there are other ways to use cap space, but we have also seen them make runs at marquee names like LaMarcus Aldridge and Chris Paul in recent years. Factor in that and the moves they’ve made to position themselves, and it’s not unreasonable to cast one tentative eye to Summer 2021 and think of the possibilities.

The Spurs can be major free agency players in 2021, if they want to be
Source: Pounding The Rock