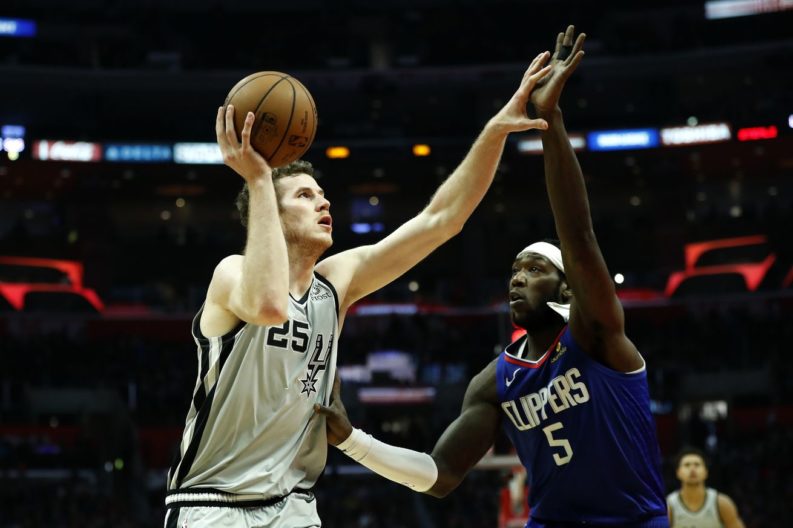 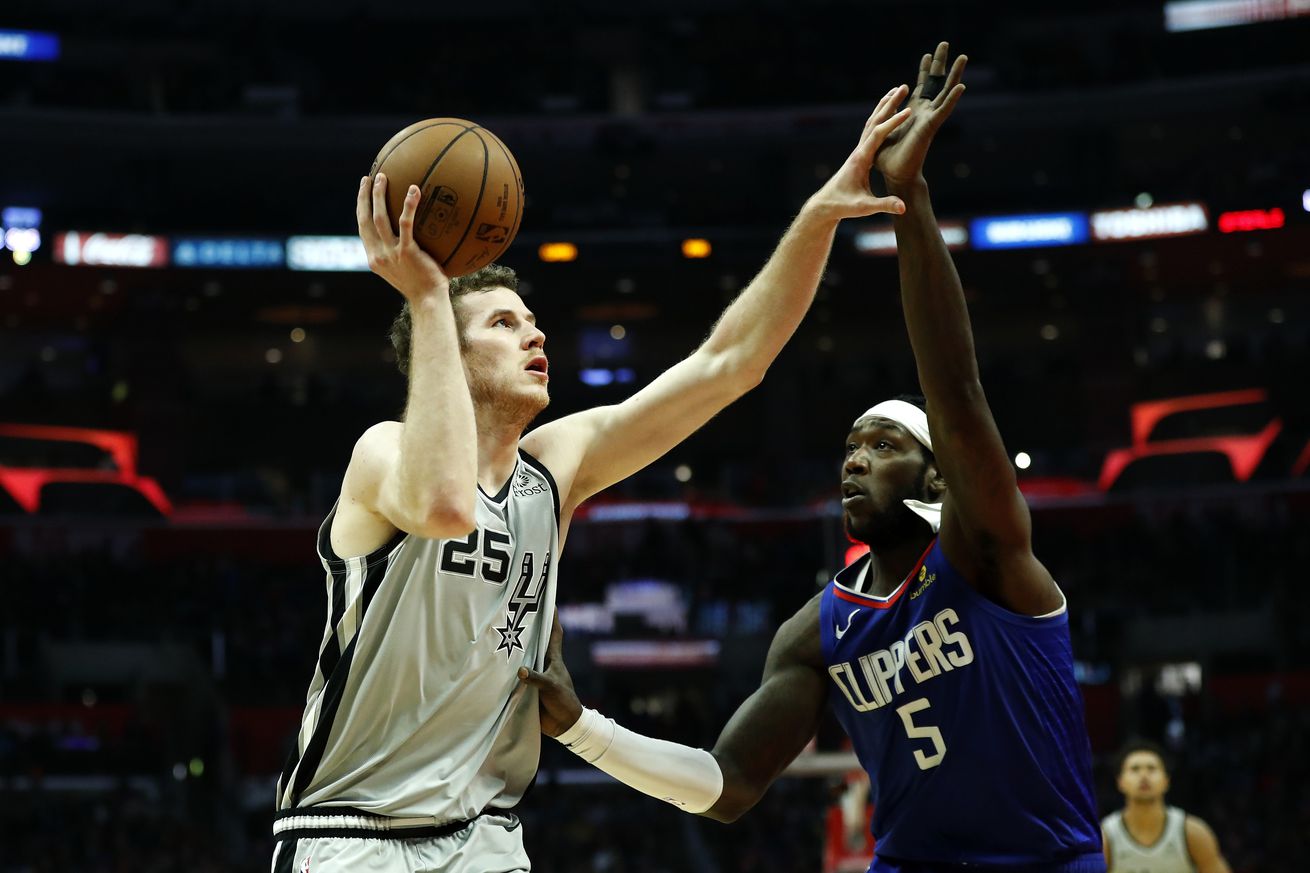 A couple of plays from Thursday night highlight the promise of the Austrian.

Jakob Poeltl’s first month as a Spur has not been stellar. Having only appeared in 10 of their first 14 games, and averaging just 11.2 minutes per contest, he’s had little impact on the team’s performance. Unfortunately, the little he has had has been negative. He’s got the 3rd worst net rating differential on the team, and is -17 in his 112 minutes. He’s also shooting less than 40% from the restricted area, somehow, which ought to be impossible for a 7-footer.

There are signs he’s coming along, though, and a couple of plays at the end of the 1st quarter and beginning of the 2nd showed his progress on the offensive end.

With 35 seconds to go in the 1st, Marco Belinelli brings the ball up and decides to run some time off the clock instead of trying to force a two for one.

Jakob begins his run up to set a screen for Marco, but you can see Patty signaling the play and telling Jakob to reset. Having seen the beginning of the play, Montrezl Harrell and Sindarius Thornwell pre-switch so Harrell doesn’t end up on Marco after the screen. As Jakob’s running up to the top of the key the second time, Marco destroys that tactical adjustment by taking off before the screen gets there. He catches Tyrone Wallace off guard and gets to the 3-point line before Wallace can recover.

Marco reverses course while Jakob drags Thornwell down into the paint and seals him off. Marco makes the entry pass, then he and Patty crisscross, with Patty cutting right over top of Jakob, who fakes a hand-off, forcing Thornwell to choose which of them to guard. He chooses poorly, and Jakob turns for the uncontested 9-footer. He misses, but since nobody was guarding him, nobody boxes him out, and he grabs the offensive rebound and gets the putback.

This a great way to take advantage of a mismatch without resorting to isolation.

Early in the 2nd quarter, the Spurs put Jakob in a central role on the offensive end again, in a similar action, this time running a play we’ve talked about before.

Derrick throws him the ball and begins a cut that’s synchronized with Bryn Forbes, Both skim by Jakob and into the paint. Poeltl turns, looking for an opening, and when one doesn’t develop, transitions into the next part of the play. He executes a dribble handoff with Bryn then momentarily seals Harrell before moving out of the way as he see Forbes prepare to drive. Bryn could have taken the floater, but kicks it out to Davis Bertans instead. Davis could have continued to swing the ball to Derrick at the top of the floor, but with just 7 on the shot clock, chooses to take the contested three. He misses, but that doesn’t make it a bad shot.

Both of these plays represent an offensive step forward for Jakob. He’s not going to become Pau Gasol anytime soon, or probably ever, but his mobility and energy could be very important to the team. As he develops greater command of the offense, and demonstrates the ability to run plays like these consistently and effectively, his role on the team will grow.