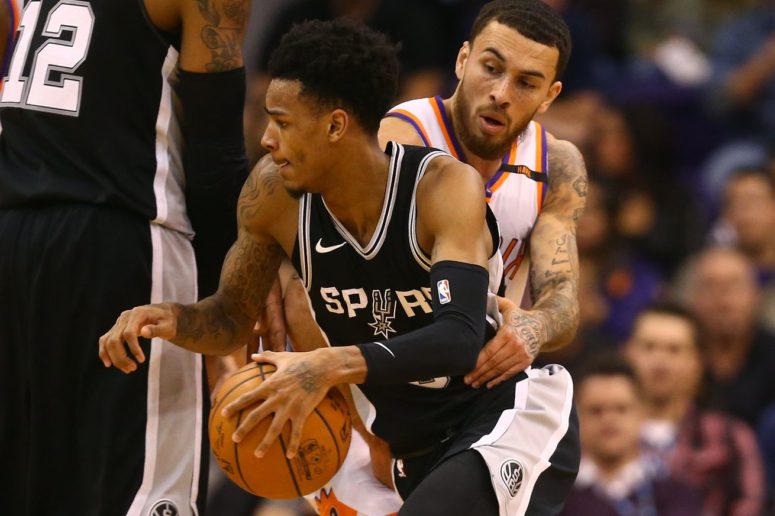 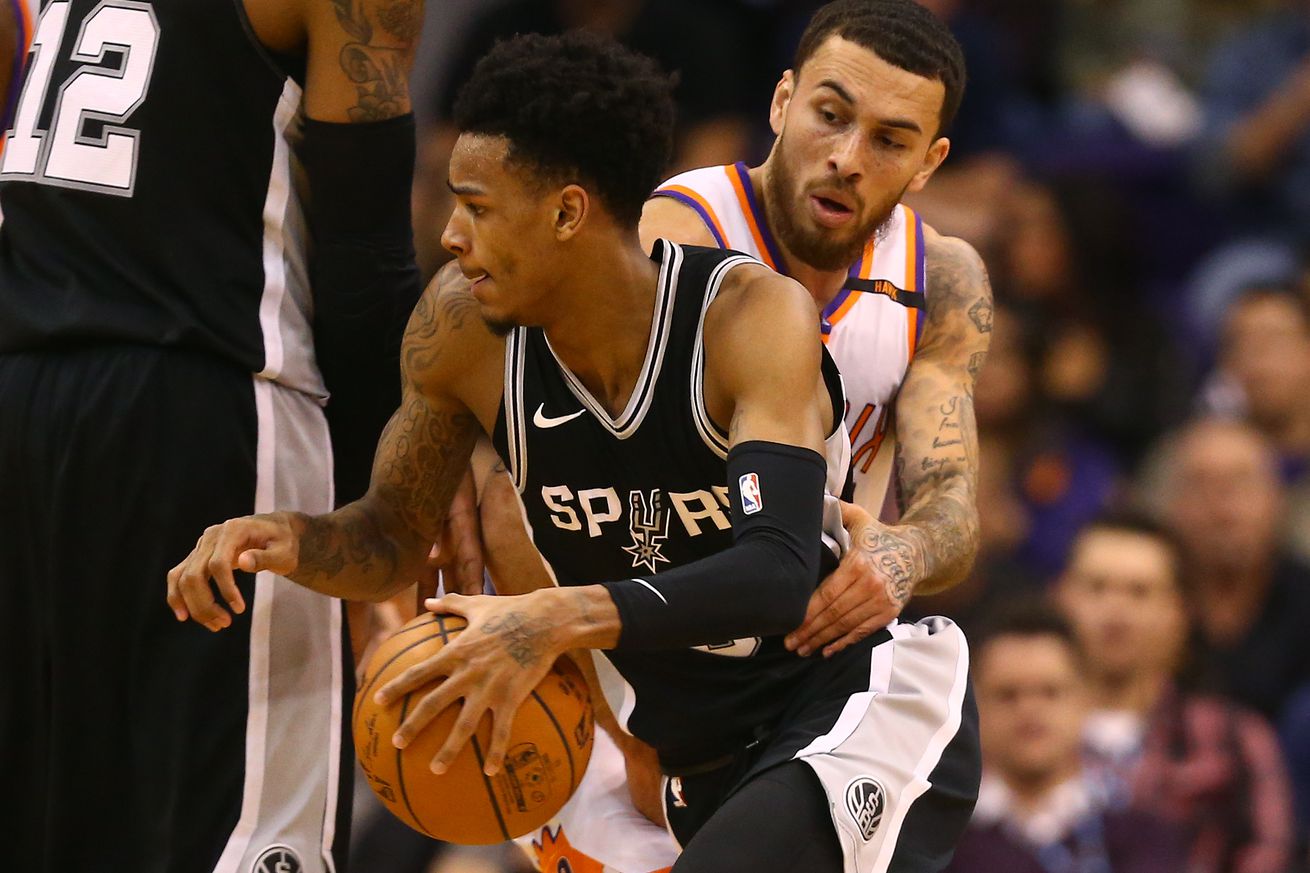 The young Spurs guard shows flashes of what he can do, it’s nearly blinding.

I’m not here to tell you that the future of the Spurs is Dejounte Murray and that the future is now. Jesus Gomez did a terrific job of explaining how he’s not there yet, and I’m in complete agreement with him. But that’s not to say that the kid doesn’t have talent, or that his talent doesn’t sometimes leap right off the screen.

In order to illustrate my point, I’d like to point out a single play from the second quarter of San Antonio’s win over the Phoenix Suns that showcases maybe every single elite skill that Murray already possesses.

First the play, and then the breakdown.

Now, I’ve previously pointed out Murray’s ability (and tendency) to use a behind-the-back dribble to kickstart a fast break after a change of possession. But this play is a bit ridiculous in that regard. Last year was the first time I’d seen him use the technique and he’s done it at least a couple of times already this year, but Murray is all about attack mode here, and the first dribble he makes after gaining control of the ball is as aggressive example as I can imagine.

Additionally, look where he is when he gains control: right under the basket with the bigs, mixing it up and fighting for rebounds. Say what you will about his recurring high dribble, the man loves to grab him some rebounds — and when your point guard is snagging boards, it’s that much easier to get out in transition.

Which is exactly where DJ is headed with that first dribble, and he immediately follows it up by accelerating into a sprint in just a few steps while simultaneously gaining control of the ball. Then he proceeds to outquick everyone wearing white. It’s a bit stunning how fast he is, frankly. I don’t have anything else to say about his speed except to point out how long his strides are after he picks up his dribble.

Finally, there’s that insane finish. How to describe it? Maybe it’s a leaping-drifting-hanging-double-clutch-wrist-flip-into-a-point-blank-finger-roll high off the glass. But as I watch it again and again, it seems likely that the double-clutch is only necessary because Dejounte wants to avoid trying to just lay it up in order to be sure that he’s not blocked from behind.

Just an eye-popping play all-around, and one that I knew I had to write about as soon as I saw it. Keep developing, youngster, I’m looking forward to seeing this kind of thing on the regular.

This is pure basketball joy.

From Patty Mills turning left and dribbling horizontally to see what develops, to Davis Bertans seeing the defense follow Mills and streaking down the empty right side of the court, to Patty’s perfect set-up pass, to Bertans’ perfect mid-air collection and bounce pass, to LaMarcus Aldridge’s timely recognition/run/grab/dunk. It’s a brilliant fever dream from the deep subconscious of James Naismith. I wish I could adopt it and care for it until it grows up and moves out on its own.

And just because I couldn’t leave well enough alone, here’s the play that I think sunk the Pistons.

The most Spurs possession ever.

Perfect help defense ✅
Perfect ball movement ✅
60-year-old doing something he also did in his 20’s ✅ pic.twitter.com/enmfMNmedI

Special kudos to Danny Green for making the block, getting up off the floor, and continuing the chain of passes that gets the ball into the hands of Manu Ginobili.