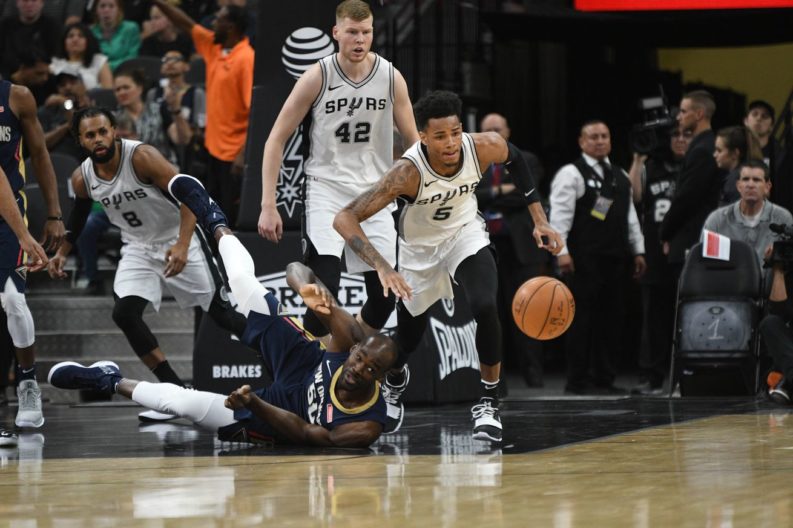 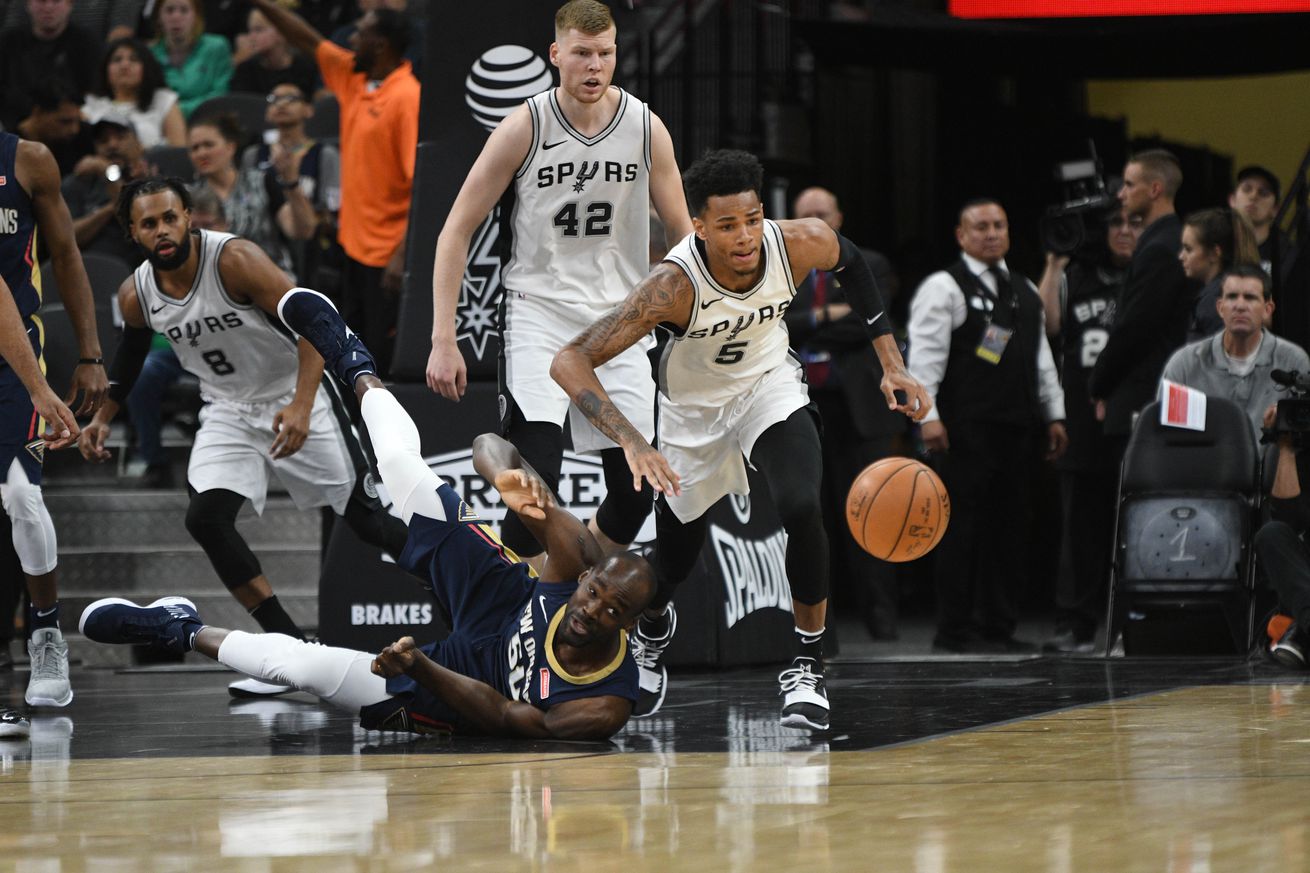 Amid a spat of injuries and whispers of discord, the Spurs’ understudies are helping to keep the team going.

Little has come easy for the Spurs this season, a notion that’s likely to continue in its final months given the gauntlet of a remaining schedule, the cluster of teams fighting for playoff spots, and no promise of a return to full strength.

For the first time since the turn of the century, their anointed floor general is not Tony Parker, so often the metronome of stability during shaky stretches. And things have felt particular shaky, with Kawhi Leonard appearing in more headlines than games thanks to an injury situation that none of us can get our heads around, and Gregg Popovich forced to roll out 21 different starting lineup combinations. Leonard’s absence has been felt on a nightly basis, a reminder of how singularly important he is to a team that, once upon a time, seemed capable of matching up against this league’s very best.

An unlikely crew has found themselves thrust into (and out of) the spotlight. Danny Green was the Spurs’ second option on offense through the season’s early months, before relinquishing his starting spot to Patty Mills, who has had as fluid a role as anyone on the team; 21-year-old Dejounte Murray was bumped to starting point guard after seeing sporadic playing time in the first half of the year; Davis Bertans has started in eight games (supplanting Pau Gasol in some), after collecting DNPs at the beginning of the year. 61 games in, can you guess who’s scored the fourth-most total points for the San Antonio Spurs? It’s Bryn Forbes, an undrafted, undersized gunner whose contract wasn’t even guaranteed heading into the season.

The Pelicans game on Wednesday was another crucible for the Spurs’ next-man-up mentality. They were not only without Leonard but also their lone All-Star (lost in the first half to a sprained ankle), their starting center (in street clothes with a hyperextended knee), and their head coach (ejected 47 seconds into the second half). Their center for most of that second half was Rudy Gay, only recently back from injury himself and asked to contain Anthony Davis.

The undersized, overextended and Pop-less Spurs ultimately lost the game. Yet, there were a number of moments — notably in the third quarter — that fans should be excited to see carry over, both for these final months and onward into next season.

Much of that optimism revolves around Murray, who offers a fresh new experience from one precariously high dribble to the next. He doesn’t seem to know what he’s about to do, but he seems quite sure he can do it.

As a starter, Murray’s averaged 10.1 points (on 45.1 FG%), 7.3 rebounds, 4.0 assists and 1.3 steals per game. It’s cherry-picking, but only five players in the league have eclipsed those numbers this season. The Spurs’ overall pace doesn’t pick up that much with the high-energy guard on the floor (from 96.48 to 97.48), but there is a discernible difference in mentality whenever he catches an outlet pass or pulls down a defensive rebound. He ranks second on the team in transition possessions per game, a ranking that should shift to first in the coming years.

He had his moments in the open floor against the Pelicans, but it was what Murray did in the half court that showed new promise, as he exhibited greater comfort in the pick and roll and keyed some of the night’s prettiest possessions.

The next play was a beautiful set by the Spurs, with all five players moving in unison. Gay sets a screen for Murray on the left side, cuing Green to set a second off-ball screen by Bertans, who flashes to corner. Murray shows how savvy he is by also using his body to shield off E’Twaun Moore after making the pass. All Moore can do is watch as Bertans buries the three.

Murray, 21, and Bertans, 25, represent the Spurs’ youth movement, two second-year guys with complementary skills that have fared well when sharing the floor, posting a 15.1 net rating, the highest of any major two-man lineup. No player has assisted Bertans more than Murray has this season (24), and the two already seem to developing good chemistry, with Murray knowing when and where his teammate will be (behind the three-point line is usually a pretty good guess). Gay hasn’t shared the floor with the duo much this season (42 minutes), but the three players have posted a +28.6 net rating in that time. That’s encouraging if Gay (who has a player option for 2018-19) decides to remain in San Antonio next season and beyond.

Bertans’ shooting opens up new possibilities in the Spurs playbook. Opponents not only have to account for his gravity but his mobility, being able to get to his spots in a hurry and shoot on the move. The following appeared to be a common drag screen to set Bertans up, with the Pelicans reluctant to give up another open look. But as Bertans flashed to his spot above the break, Gay exploited the extra defensive attention and slipped underneath, receiving a pin-point bounce pass from Murray and finishing with the dunk. It was, again, Spurs’ off-ball movement and opportunism at its finest.

For Spurs fans, these kinds of moments, and the execution behind them, may not feel new, but the people that were present when they occurred — and, most notably, the ones that were absent — feel important. A future without Pop and Manu could be around the corner sooner than we’d like, and who’s to say which players will hang around over the next few years. Everything feels far more fluid than it has in quite some time, but it seems like something could remain in the aether for a while after the familiar faces depart.