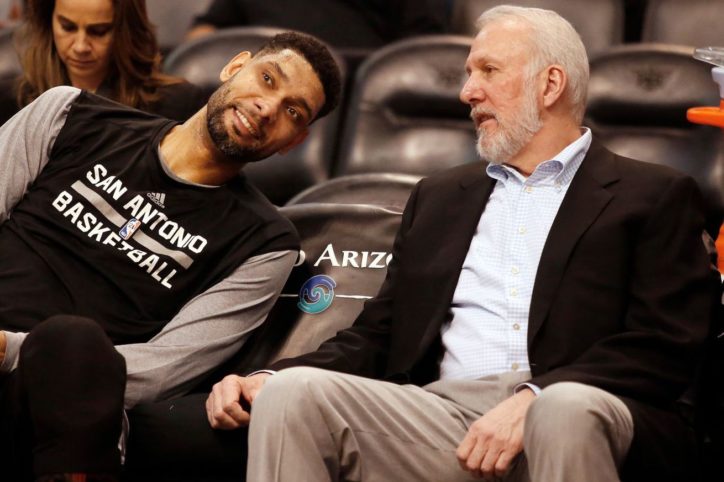 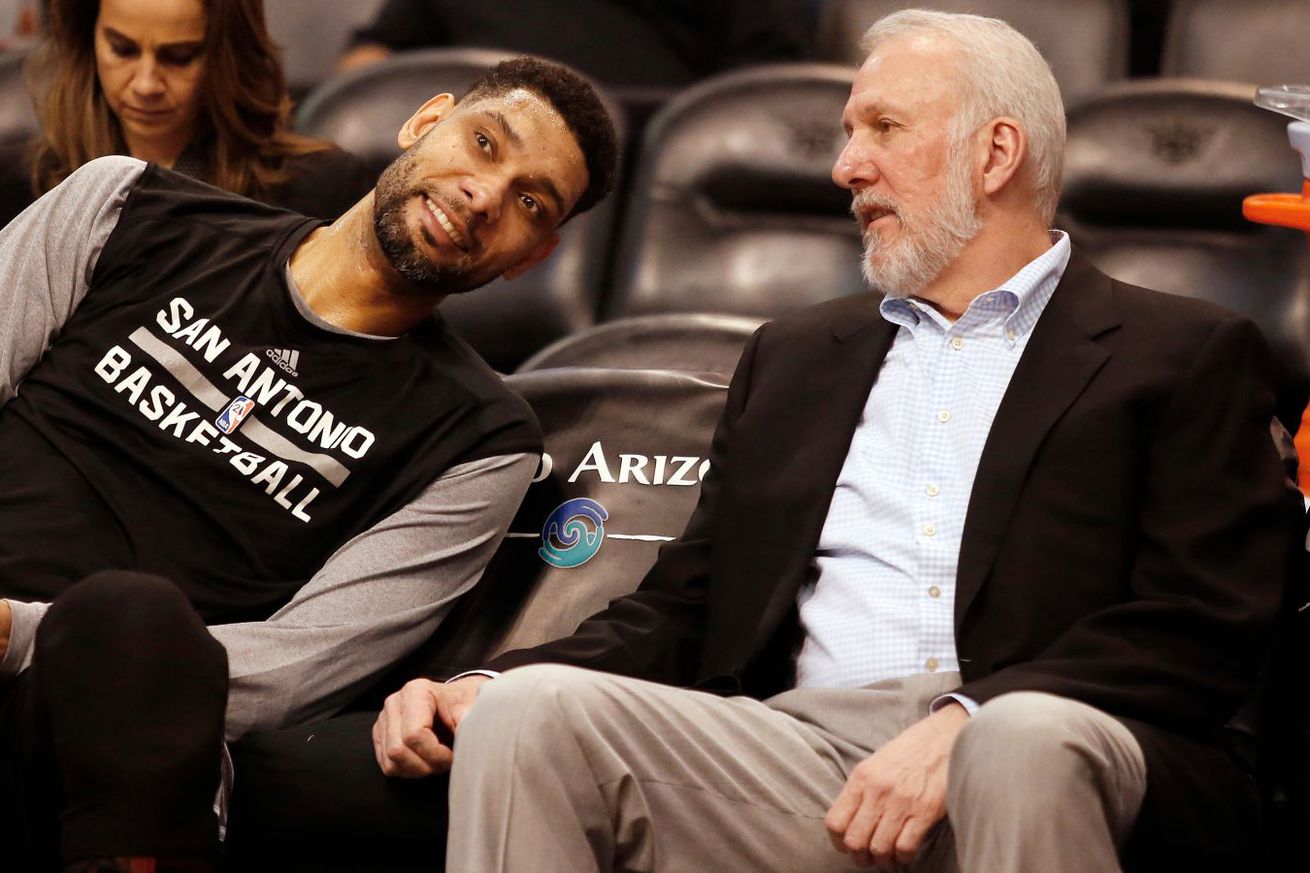 The Spurs got more positive news coverage in a day than they maybe have in two years!

Unless you’ve been living under a rock for the last 24 hours, you may have noticed the Spurs hired a former player to be an assistant coach. But not just any former player — it was Tim Duncan: the GOATPUFF, the greatest Spur that has lived. I’m stuck somewhere in between being surprised about his decision or not: he always seemed to have it in him, but he always very much appeared to be enjoying his private, retired life.

(I probably also shouldn’t mock anyone who was slow to catch on to this news since it admittedly took me about 3 hours after it broke to find out. That’s way too long for me but also the result of being on a business trip in rural Pennsylvania.)

Anyways, Timmy’s decision has probably sparked the most positive news coverage the Spurs have seen in two years, so it felt like a good time to dust off the ol’ Links page format and take a look at how the NBA has responded to his return.

I had to start with this one because it has a PtR shoutout!

Tim Duncan Is Back With the Spurs, and Everything Makes Sense Again (Shea Serrano, The Ringer)

That’s called the Stonecutter’s Credo, and the only reason I knew about it was because many years ago it became a mission statement of sorts for the Spurs. (It’s so wrapped up in the Spurs mythology, in fact, that the best Spurs site on the internet—Pounding the Rock—is a full-on hat-tip toward it.)

Few players of his caliber were ever so dedicated to the drudgery of the game. Something about having Duncan suss out the pick-and-roll defense for the fourth game in a six-game road trip makes all the sense in the world.

Another time Timmy coached an opposing player on the court (Chris Thompson, Deadspin)

In fact, it’s fair to say Duncan probably did more to develop Etan Thomas’s interior scoring repertoire in that one exchange than the Wizards organization has done for a big man in the last decade. Duncan’s going to be fine.

The 11 best things about Duncan’s return to the bench (Tom Ziller, SB Nation)

There has been a painful lack of Tim Duncan in our lives since his retirement a few years ago. No longer! Now we know we can just put on the Spurs on League Pass and get a dose of Big Fun.

Since it requires a subscription, I’ll provide a couple of key points, but hopefully you’ll be able to see the whole thing since I provided the “sample” link that you can use to decide if you want to sign up or not (which mind you may change over time).

Yet I also heard more than once in Monday’s conversations that this, amazingly, was Duncan’s idea for the most part. He knew Popovich was struggling to fill the last open spot on his bench staff and made himself available because he sensed that Popovich needed him.

Speaking of Manu, he probably had the best tweet reacting to the news:

Also, Pop’s hilarious quote from the press release, which has to rank up there in the top 5 Pop quotes of all time, didn’t go unnoticed by former Spur Steve Kerr:

One of the great quotes of all time. https://t.co/kEqVQoG2PH

The NBA world reacts to Tim Duncan’s return to the Spurs
Source: Pounding The Rock