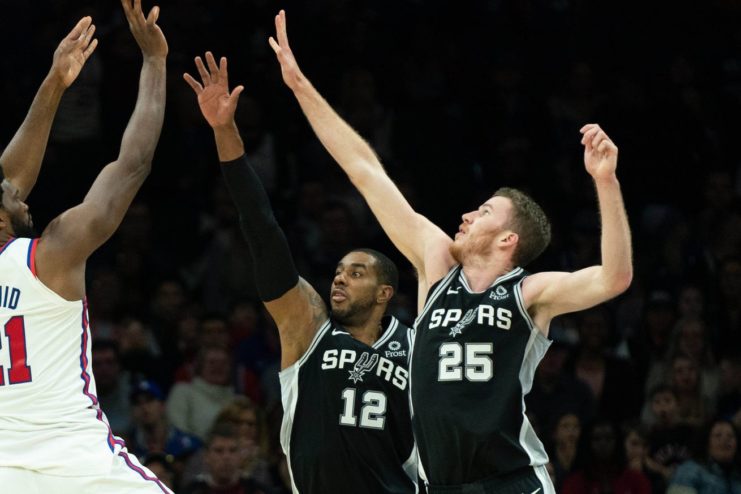 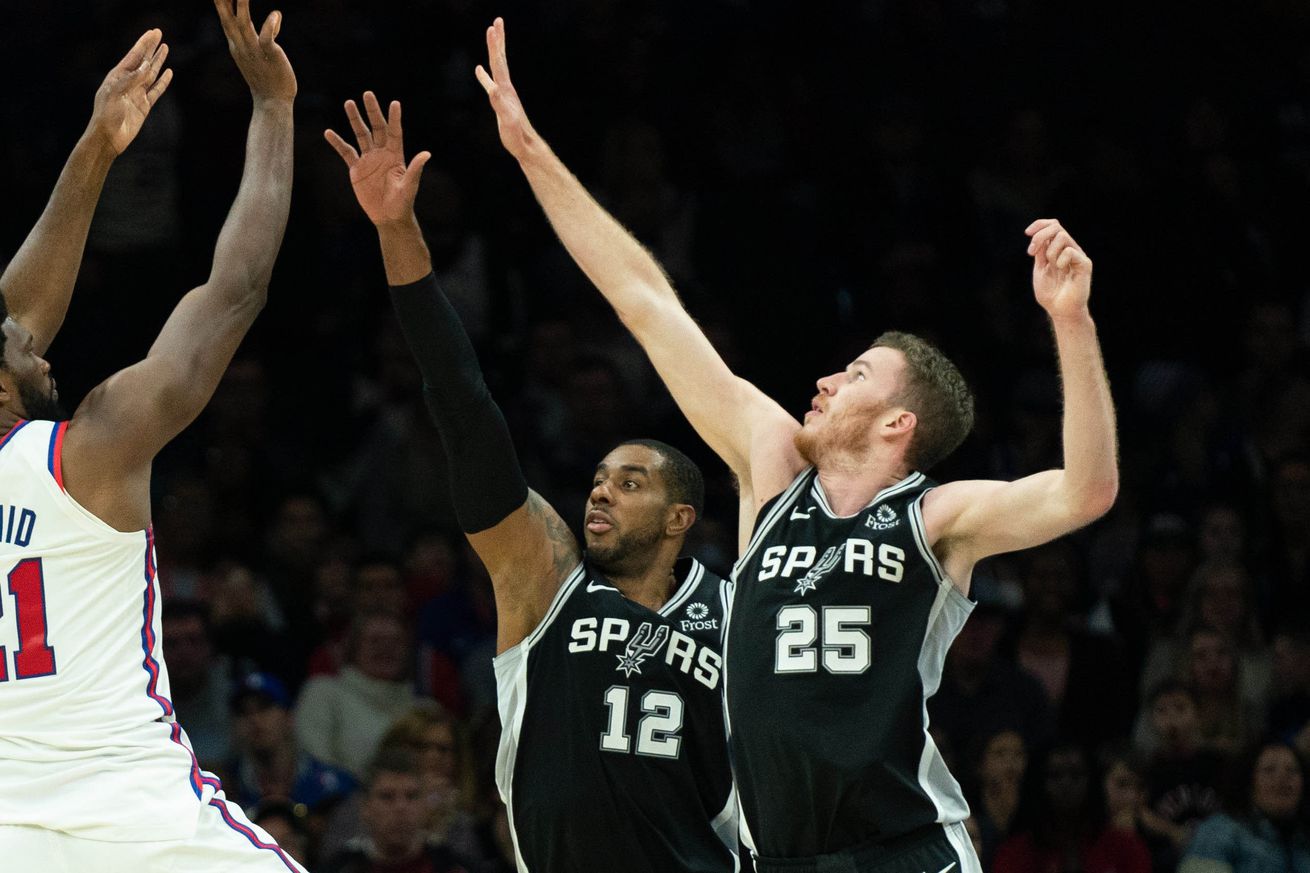 Advaned stats don’t like Aldridge. Is that enough reason for Poeltl to get some of his minutes?

Should Jakob get more minutes, even if they come at the expense of Aldridge’s?

Marilyn Dubinski: Whether he should or not (and I’m still on the fence about that), it will never happen. If Poeltl’s minutes rise, the two might play alongside each other more (which, as we’ve seen when those two are paired, likely means better defense at the expense of some offense), but as long as Aldridge is healthy he won’t lose minutes. If his quad continues to be a lingering issue, that’s another story, but the reality is Poeltl is still a limited player and seems to thrive more with the more spread out bench unit where he can pick-and-roll on offense and float on defense.

Mark Barrington: LaMarcus seems to play better when he’s in rhythm, so cutting his minutes might not have the desired effect. He’s still a very good player, but his lack of speed really hurts his ability to keep up in today’s NBA. I think if you play LaMarcus, you have to put him on the court for big minutes. Jakob Poeltl is different, he’s deceptively athletic, and despite his size, he does a good job running the court. Not all of his production shows up in the box score, unless you look at the blocks column. I think his game complements Aldridge, because LaMarcus has some range and Jakob doesn’t, but he can hoover up offensive rebounds on both ends and be a rim protector at the defensive end. If you expand Jakob’s minutes, you’re mostly taking away from Trey Lyles, not LaMarcus.

But I don’t think you can expand Jacob’s minutes too much, because he plays with so much energy that you can see him turning beet red near the end of his shifts on the floor. He looks pretty gassed sometimes when Pop takes him out, although he’s still trying as hard as he can. He might be fine playing 25 minutes, but 30 might be a bit much for him, and I can’t see him making it to 35 minutes in the game and still being able to play as hard as required to make a difference. He’s an effort player, and making him pace himself by expanding his minutes too quickly would be counterproductive.

Bruno Passos: On paper, yes, and that’s probably reason enough to consider doing it. I understand wanting to keep Aldridge engaged and avoid overextending Poeltl, but this team needs more elements that grease the gears and foster fluid basketball. Reallocating playing time to the hyper-active Poeltl, who’s looking increasingly confident on both ends of the floor, makes sense. It’ll be just a few minutes if it happens, but it should be a net positive for the team.

Charlie O’Charles: Poeltl should absolutely get more playing time. He cleans up defensive mistakes and protects the glass, two areas that are especially important for this team. They’ve already shown they can survive on offense with him playing alongside Aldridge, so I don’t think playing Poeltl more would necessarily force Aldridge to play less. However, I do think they should pull back Aldridge’s minutes a little. In his age 34 season, Tim Duncan played less than 30 minutes a game for the first time, and I think it would be a good idea for Aldridge to follow suit, to an extent. 30 minutes a night for Aldridge and 20-25 for Poeltl sounds about right, but more importantly, I’d like to see Jakob get on the court in clutch time a little more often, even it means having Aldridge on the bench in the last couple of minutes of a close game.

J.R. Wilco: I’m all for giving playing time to players who are productive. Sometimes, the chemistry of a team is such that it’s counter-productive to mess with an established rotation in order to accommodate minutes for a specific player. But is that really an issue for this season’s 9-14 San Antonio Spurs?

Since so many of the team’s current issues are on defense (and since Poeltl is starting to have a Rudy Gobert-like effect on the opposition’s drives to the rim) I would like to see JP’s minutes slowly cranked up until we see an overall drop in his efficiency.