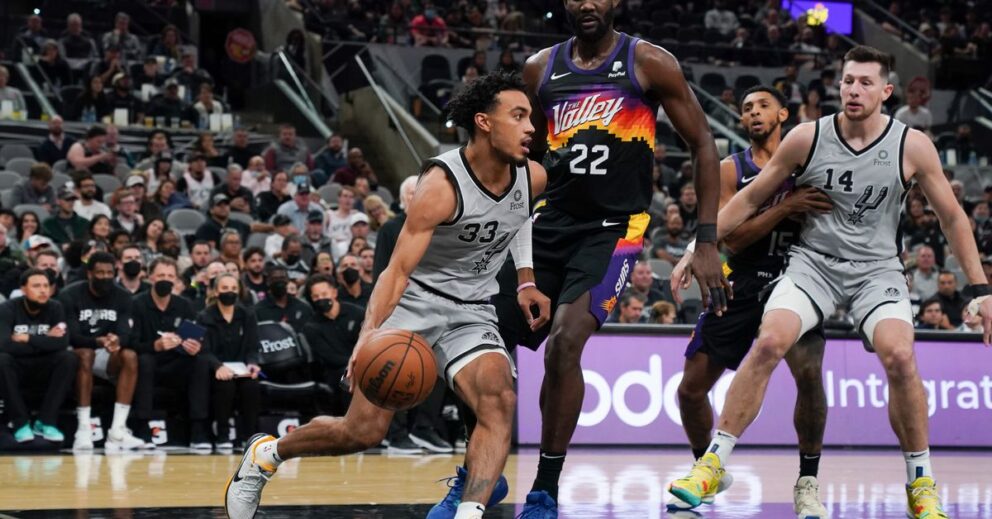 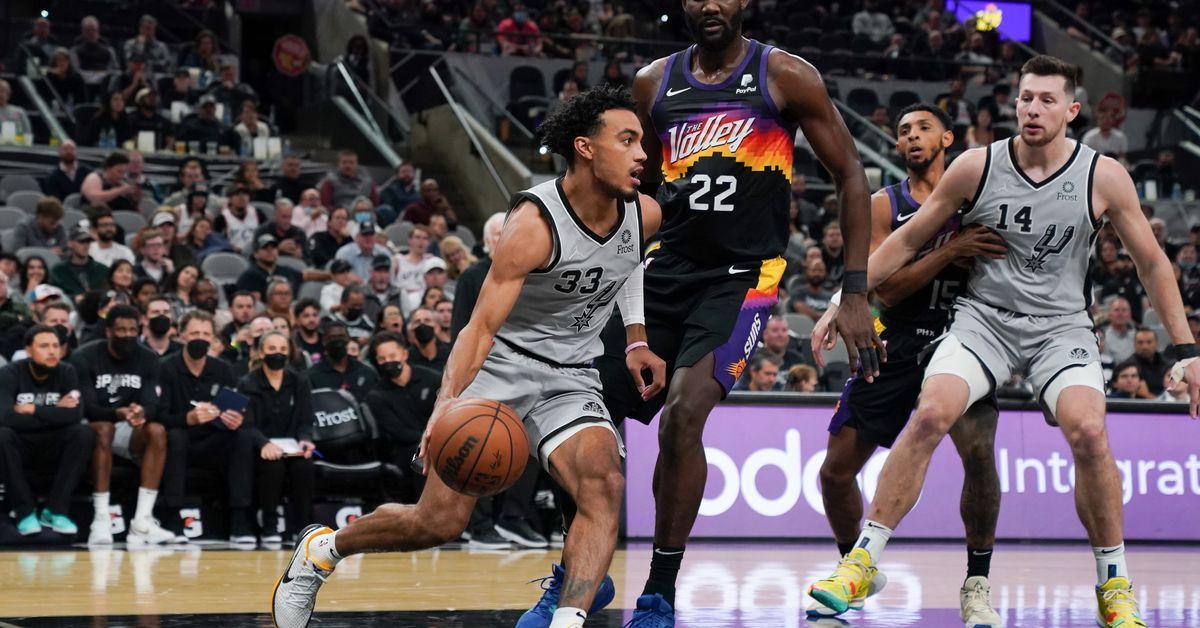 The three Ds — Dejounte Murray, Derrick White, and Devin Vassell — led the way in the Spurs’ exciting comeback bid against the Phoenix Suns. Dejounte Murray was his usual swiss-army Spurs MVP with his 3rd triple-double of the season, collecting 18 points, 10 rebounds and 11 assists. The good guys continue to compete because of Murray’s excellence this season.

Derrick White also contributed 19 in the loss while Devin Vassell came off the bench and poured in 17 points. Jakob Poeltl fared better on his second night playing after coming off of a long stint on the COVID-19 list. The Spurs big man dialed up 15 points and pulled down 9 boards. He played a solid 31 minutes, which means coach Popovich feels comfortable having Poeltl log big minutes again.

Dejounte Murray would rather win than get triple-doubles. But there’s room for both to happen, and Spurs fans hope that it comes soon.

This Murray steal to get the game within 3 with under 16 seconds to go was a good metaphor for how the Spurs scraped and fought their way back against a very good Suns team.

Lonnie Walker took a spin cycle around the Suns’ defense right into the open lane for a nice dunk. Walker had 11 points tonight on 5 for 13 shooting.These young Spurs will need both Walker and Derrick White to be more aggressive on the offensive side to keep them competitive and provide some scoring help to Dejounte Murray. The same could be said for Keldon Johnson and Devin Vassell, but they’re a bit younger so I feel like we can be harsher on Walker and White because they are the “elder” statesmen.

Devin Vassell floated his way to hang the ball above the Sun’s rim before it went through the hoop. The shot was a beauty, and Vassell’s game is a beauty this season. He continues to be the spark off the bench, even as many Spurs fans are clamoring for him to start.

We see you, Tre Jones. You’re excited about the new Matrix movie coming out. The way Jones went baseline with his back to the bucket and suddenly turned around 180 degrees for the floater is exactly how the 32-bit basketball players from NBA 2k1 on my old Dreamcast looked when you suddenly press the shoot button while they are facing away from the basket.

Dejounte Murray here gets the first of his two pick-2s tonight. His ball-hawking defense for two easy points never goes out of style.

And if anyone’s wondering, we have to cancel our subscription because we switched dog good brands, and the dog loves the new kibbles.

White with the smooth up-and-under to get the bucket. His offensive game this season is still a bit erratic, but in the last 4 games (especially if you don’t count the Minnesota game from last Thursday), Derrick White has been more aggressive in trying to score.

And last but never least, the full-game highlights:

The Spurs stay home and try to snap the 5-game losing streak when they take on the Atlanta Hawks on Wednesday, November 24, 2021.