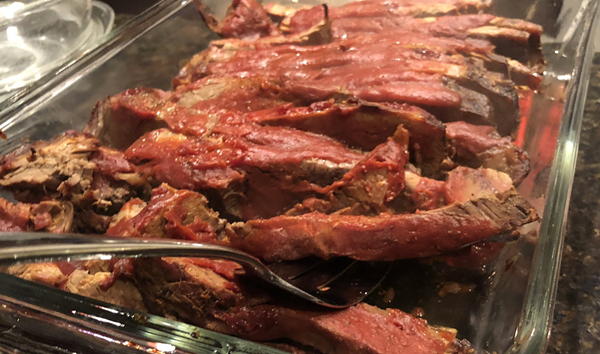 There are plenty of reasons to roast Sen. John Cornyn, R-Texas: manipulating ad campaign videos, rushing a Supreme Court nomination, making racist statements about the pandemic. We could go on.

Now, here’s another one: he’s a shit cook.

And this man prides himself in being a Texan?

Texans and barbecue aficionados alike were quick to disown Cornyn’s skills, suggesting that he’s spent too much time in D.C. if he thinks his photo qualifies as brisket. Austin-based chef John Bates shared a textbook example of what the Lone Star State’s revered beef cut should look like.

User @ConcernedThan’s reply has the lingering aroma of a humble brag, but we’re still here for it.

@Cajsa, who proudly bears the Nasty Woman identifier in her Twitter bio, shared a poignant thought.

While the desiccated “brisket” in the photo is horrifying on its own, many replies noted the tone-deaf nature of Cornyn’s tweet. They pointed out that the senator seems blissfully unaware that 31% of Texans are now food insecure due to the pandemic and that 2.5 million Texas households didn’t get enough food in November.