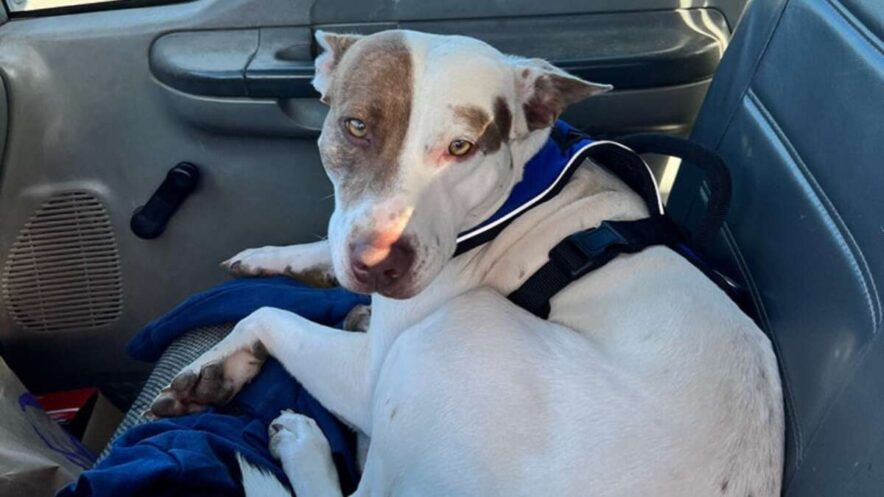 Texas police put out an APB earlier this week about a reckless driver that hit two other vehicles in a parking lot. In this case, the ABP was an Adorable Pup Blunder.

Kilgore Police shared an anecdote to social media on Thursday, December 1, about reports of a reckless driver that hit two vehicles in a Walmart parking lot. The investigation revealed that a dog was waiting in a running car while his owners shopped and got a little restless. While he moved around the cabin of the SUV, the dog accidentally placed the vehicle in drive thanks to a steering column that had sustained prior damage, police said. The dog’s leash accidentally got caught on the parking break and released it, causing the SUV to roll through the parking lot and hit two other vehicles.

“One of the victims saw the suspect barelling [sic] down on him but couldn’t get out of the way. He was shocked to see the driver was a dog! Yep, the pooch was actually behind the wheel when the crash occurred,” Kilgore police said in the post. “It doesn’t sound feasible but an eyewitness saw the pooch behind the wheel just before the crash. He certainly has a guilty look on his face.”

“I did NOT issue this pups license, before anyone asks,” Kilgore Animal Control said in the comments of the Facebook post.

No injuries were reported.