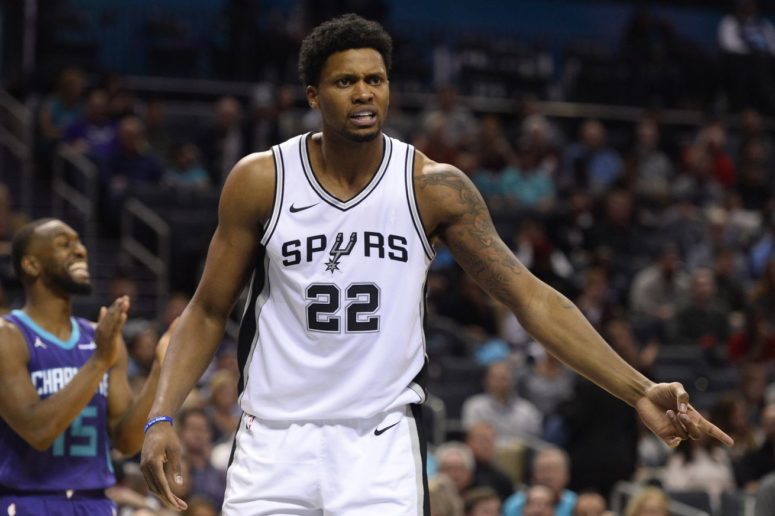 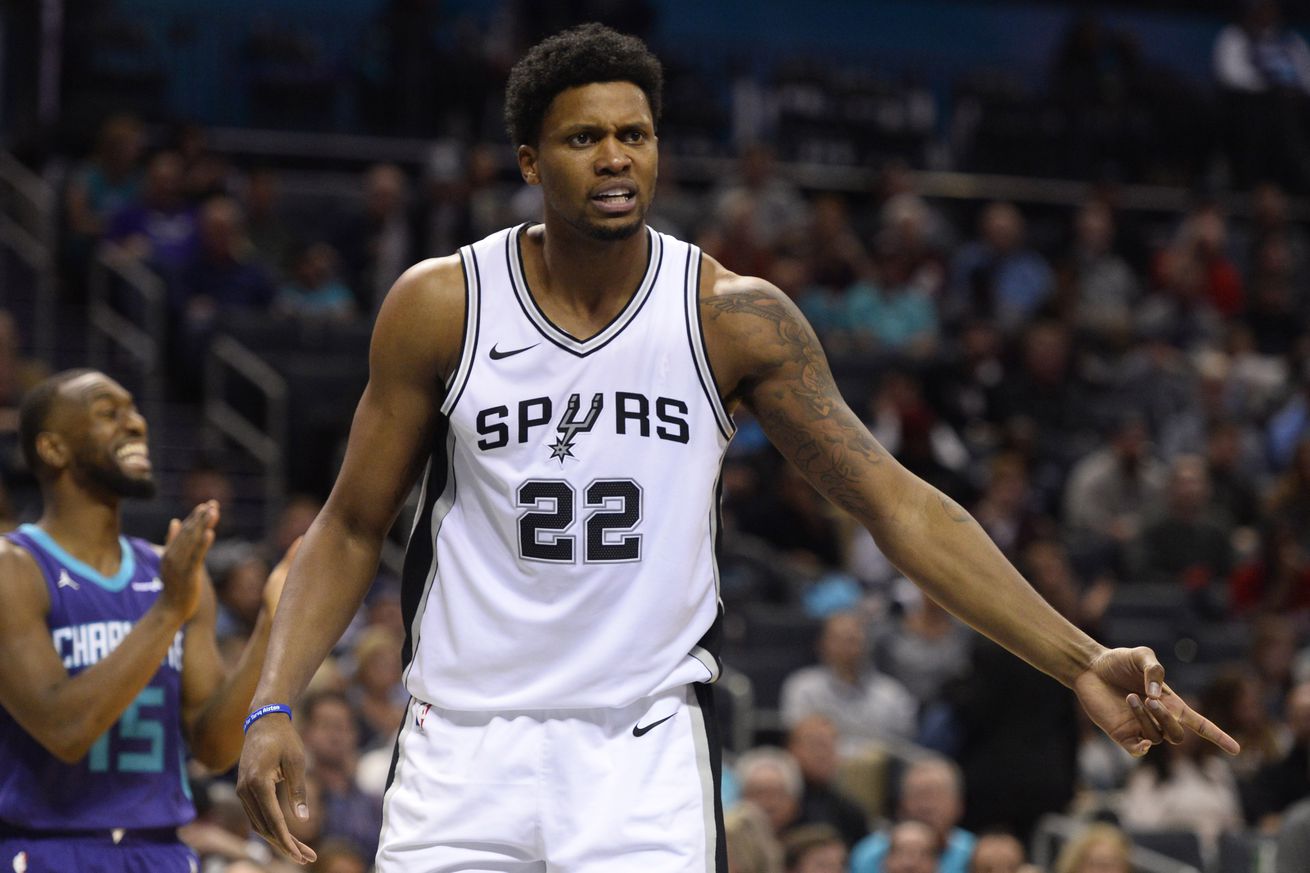 After a barely watchable first quarter of play, the Spurs thankfully improved their execution, made some shots and comfortably won 106-86 in Charlotte on Saturday. That first period, which ended with the Spurs down by one, 14-15, was a bizarre one. Both teams looked completely out of sync, missing open looks and repeatedly fumbling the ball. While the Spurs managed to shake off that rough start; Charlotte was never able to get going – largely due to San Antonio’s defense.

Heading into Saturday night’s game, Hornets center Dwight Howard had been quietly dominant. In his five previous games, he’d been averaging 19.6 points and 14.2 rebounds per game on 63.2% shooting. San Antonio’s size, which has been a defensive strength all year, negated any possible advantage of Dwight’s presence. He finished with 10 points (on 3-of-10 shooting), 11 rebounds and tied for the worst plus/minus on his team (-15).

Heading into the game, Dwight was shooting 75.2% from the restricted area on 7.4 attempts per game, per NBA.com. On Saturday, San Antonio held him to just 25% on his eight attempts.

The Spurs allowed the Hornets, as a team, to convert a measly 46.7% of their 30 shots in the restricted area, well below Charlotte’s season average of 59.6%.

Offensively, this was a team effort from San Antonio, with six guys finishing in double figures: LaMarcus Aldridge, Kyle Anderson, Pau Gasol, Patty Mills, Rudy Gay and Manu Ginobili. The Spurs shot only 24% from three-point range, but hit a scorching 60% from inside the arc. Even when the Spurs play Aldridge and Gasol together, both guys can stretch the floor, which opens up driving and cutting lanes. On this play, Gasol forces Howard to leave the paint, freeing Anderson for the backdoor:

The Spurs basically rendered Howard unplayable. The problem for Charlotte is their backups, Cody Zeller and Frank Kaminsky aren’t exactly rim deterrents. Heading into the contest, San Antonio was averaging 37.7 drives per game and shooting 48.3% on 16 field goal attempts per game off of those drives. On Saturday, the Spurs drove the ball 55 times and made 13-of-17 shots out of those drives. Here’s one from a middle-aged man:

And, when the Spurs went small, it allowed guys like Rudy Gay to go to work against slow-footed defenders:

One statistic that jumped out was that the Spurs passed the ball 64 more times than Charlotte, despite attempting four fewer field goals. It should be noted that ball movement does not always translate to better offense. The Kings and Bulls rank third and sixth respectively in passes per game and are the two worst offenses in the league. But, the Spurs pass with a purpose. Watch how defeated Howard looks by the time the ball swings to Green:

No question, Charlotte was dragging after coming off a tough one-point loss in Cleveland the night before. Howard missed some relatively uncontested bunnies and the Hornets shot just 28.6% on their 14 “wide open” three-point attempts. But, that’s the nature of the NBA season. The Spurs came in with a job to do and they took care of business. Spurs fans will hope for more consistent three-point shooting as the season progresses (they were the best team in the league in three-point percentage last season). At this point, San Antonio is just trying to bank as many wins as possible before the much-anticipated return of Kawhi Leonard. This brand of team basketball is a great way to rack up those wins.