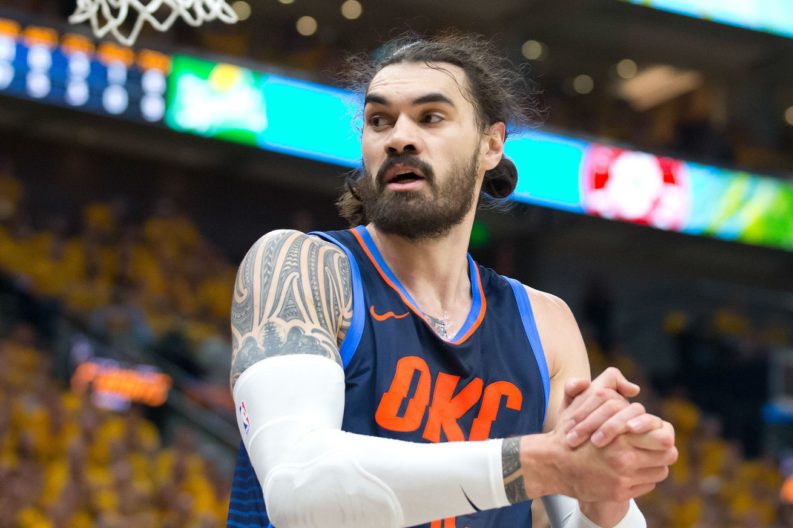 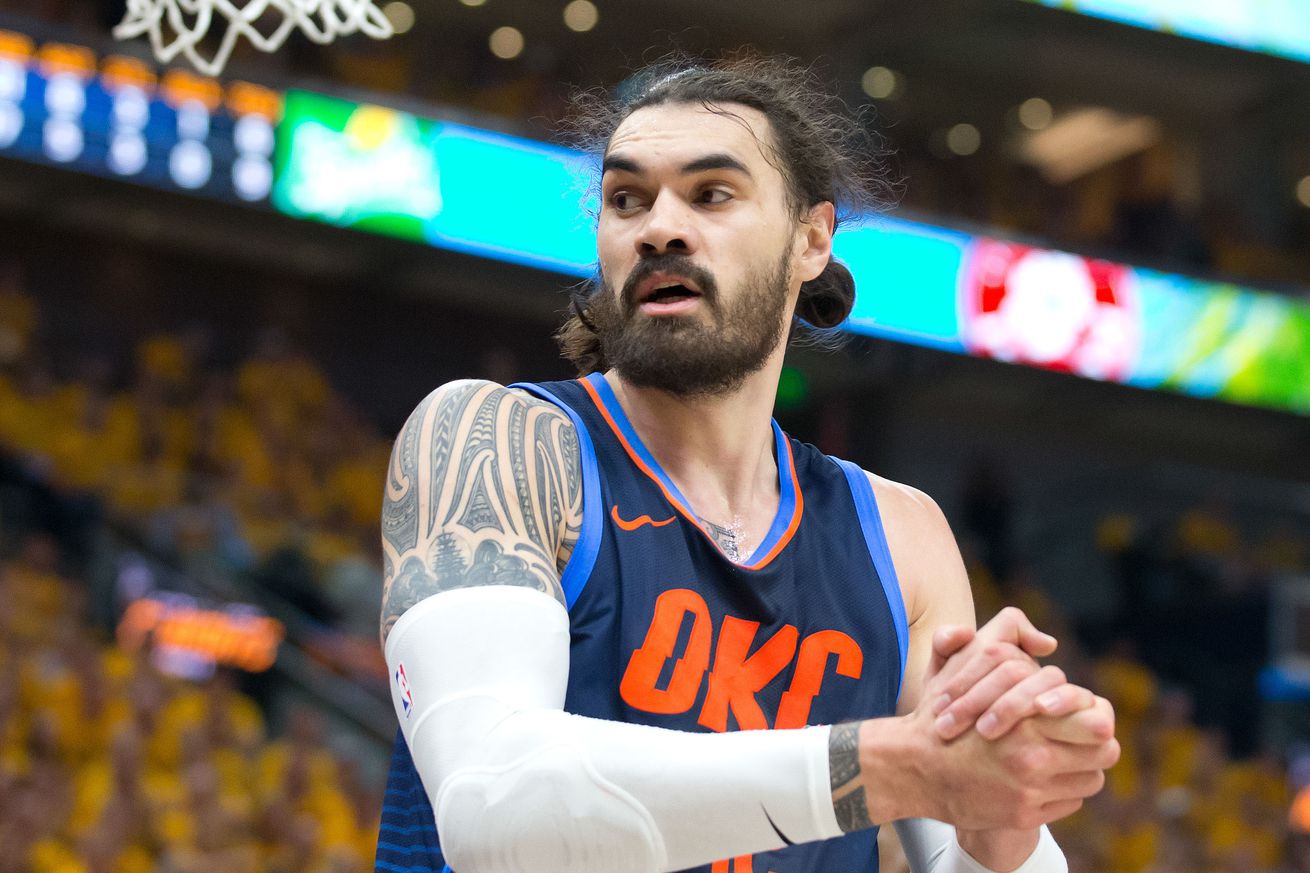 This alone might make Adams’ autobiography worth a read.

Steven Adams may be known as the physical, tough-looking center for the Oklahoma City Thunder, but the Kiwi is also a pretty humorous guy off the court. In his recently-released autobiography: Steven Adams: My Life, My Fight, Adams takes us into his world growing up in New Zealand, all the way to the NBA.

Of course, Spurs fans will want to know what this has to do with them. The answer is because he discusses them some, and the results are both beautiful and hilarious. He discusses his admiration of Tim Duncan growing up and how he hoped to be drafted by the Spurs. He wasn’t (he was picked 12th in the 2013 draft; the Spurs picked 28th), but he had always wanted to hug Gregg Popovich, and he finally got his chance after the Spurs knocked the Thunder out of the Western Conference Finals in 2014:

Unfortunately I’m not seven feet tall (or anywhere near Pop’s height, for that matter), so even if I could get a hug from him I probably wouldn’t be able to get a whiff of his hair, but I would still cherish the moment as well.

Also, like Pop, Adams has a love for wine and shared this anecdote about his dream scenario of going a wine tour of Italy with him:

“I’m still developing an elaborate plan that will see us going on a wine tour of Italy together. It involves an inbound pass from the Spurs bench, a succinct and flawless one-liner from me before I pass the ball in, and then playing it cool, leaving it to Pop to make the next move. This is the sort of stuff I start thinking about when I have too much time on my hands.”

You can click here to get more highlights from Adams’ book, and while I’m not usually an autobiography reader, this one just might be worth it.