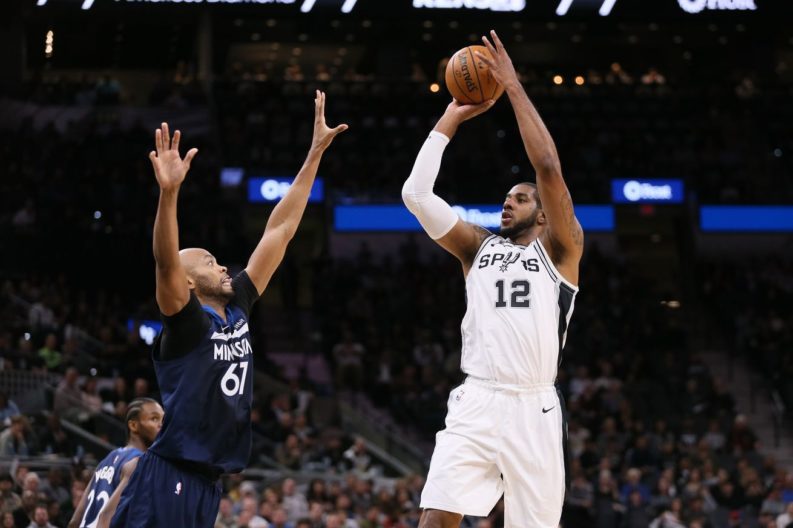 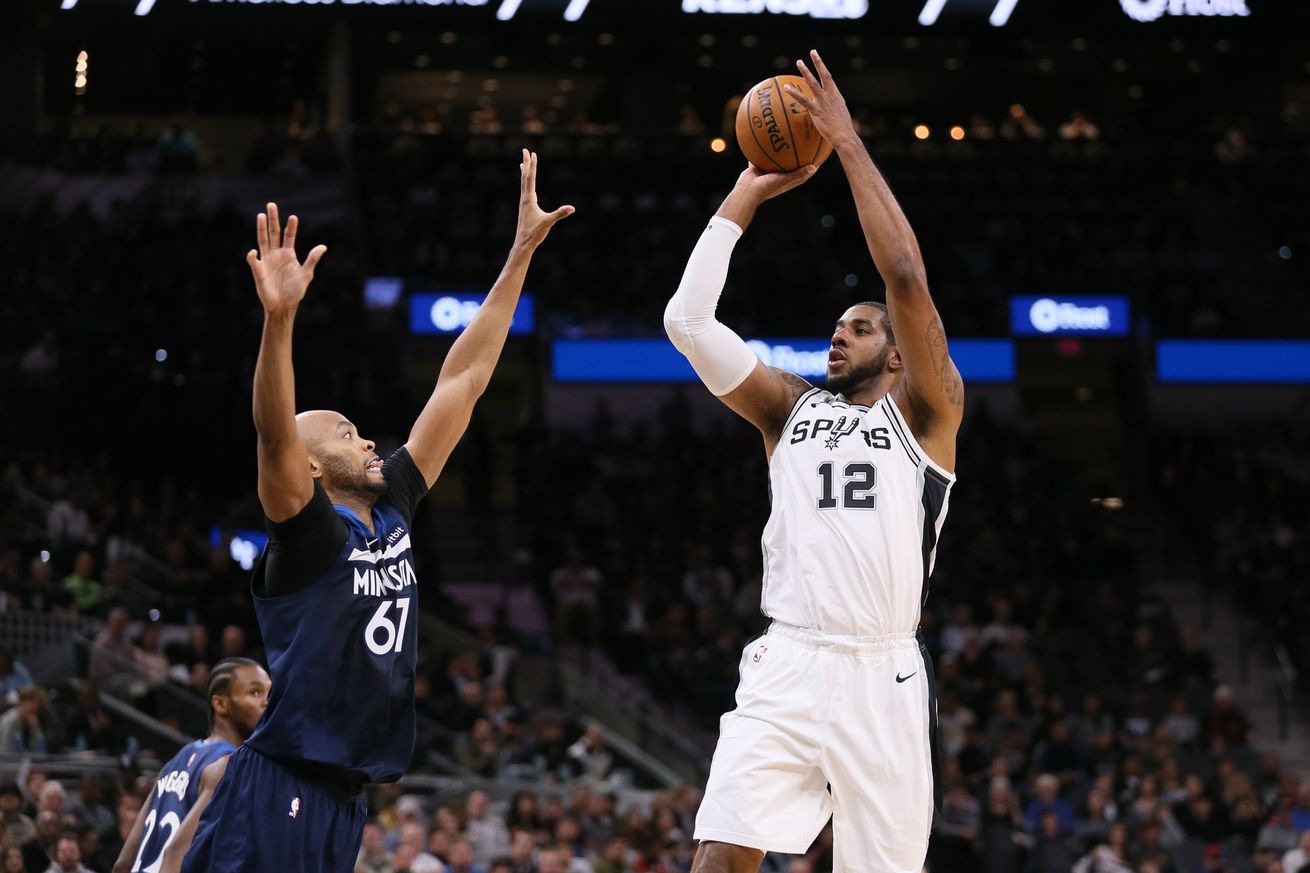 DeMar DeRozan and LaMarcus Aldridge led the way to a gritty home win.

The Spurs and the Timberwolves faced a similar predicament this offseason when their respective best players asked to be traded. They handled it in different ways. San Antonio moved on and tried to build a new team with a new identity. Minnesota held on, choosing to preserve talent and continuity over chemistry.

Time will tell which approach will prove successful in the long run, but the Spurs are probably feeling good about their decision right now. They looked like the hungrier team on opening night and took advantage of a Wolves’ squad that often looked discombobulated to get a 112-108 win.

While the Spurs eventually looked like the most cohesive unit, It took a while for Gregg Popovich to find lineups that worked. He went through 16 different permutations to the Wolves’ nine in the first half, trying to use quick substitutions to make up for a lack of depth. The strategy worked to a degree. The Spurs managed to get a 10-point lead at one point, but squandered it when one of Pop’s experimental units struggled. They remained on top at the break thanks to a balanced effort by DeMar DeRozan, Rudy Gay and LaMarcus Aldridge, but lacked the consistency to pull ahead by a substantial margin despite a lackadaisical performance by the Wolves’ stars, which struggled in their own specific ways.

Minnesota looked rightfully embolden to start the second half. Despite Karl-Anthony Towns’ foul trouble, Jimmy Butler’s lack of rhythm and Andrew Wiggins’ defensive issues, they were just four points behind. At the beginning of the third quarter, they looked more energized and focused. Jeff Teague spearheaded the charge by attacking the feisty but outmatched Bryn Forbes relentlessly. Even a clearly out of shape Butler shook off his rust and looked like himself for a few minutes. Unfortunately for them it wasn’t enough to run away with the game, as Wiggins cooled off after a hot start and an unrecognizable Towns kept committing dumb fouls that prevented him for making any kind of positive impact. The Spurs survived the onslaught thanks to a few timely buckets, but actually headed into the final period down two.

Close games will likely be a staple of this season for San Antonio, as they lack the explosive scoring and airtight defense to go on long runs. The team’s performance Wednesday night gave fans plenty of reasons for optimism when it comes to the Spurs’ chances of winning in clutch situations. Pop figured out what worked and decided to stick with Davis Bertans for most of the quarter and into the final stretch. Aldridge and DeRozan, meanwhile, showed why they were once top dogs on other teams. LA did amazing work on the glass all game long, but especially in the final quarter. His four offensive boards gave the Spurs extra possessions. While he handled the dirty work, DeMar made big buckets when the team needed them most late in the game to secure the win.

It’s hard to imagine a better start of the season for San Antonio. Sure, the dysfunctional Wolves might have helped them pull it off by closing the game poorly, but the Spurs got a gritty win, while shorthanded, against a direct rival for a playoff spot.

There’s still a lot of work to do, a lot of areas in which to improve if the goal is making the postseason, but on opening night this group of players looked ready for that challenge. That was all we could ask of them, considering the circumstances, and they delivered.

Up next: @ Trail Blazers on Saturday

The Spurs will get a couple of days off before facing the Blazers in Portland. San Antonio will need to find a way to contain Damian Lillard and CJ McCollum or things could get ugly.