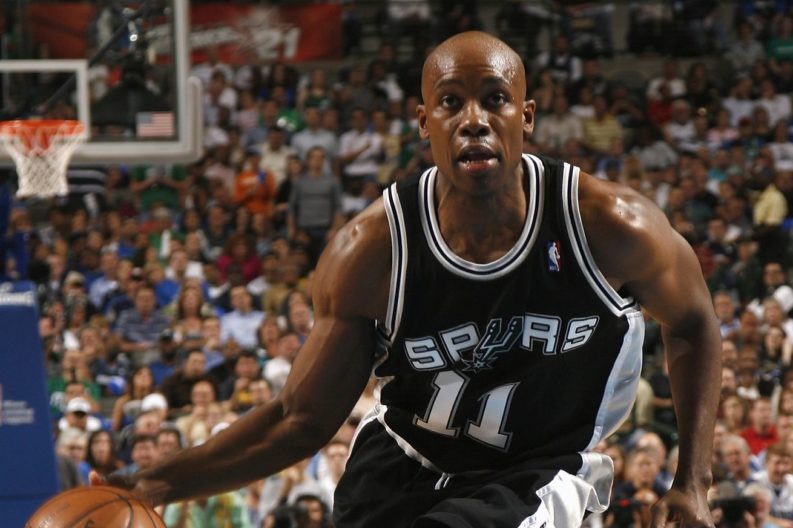 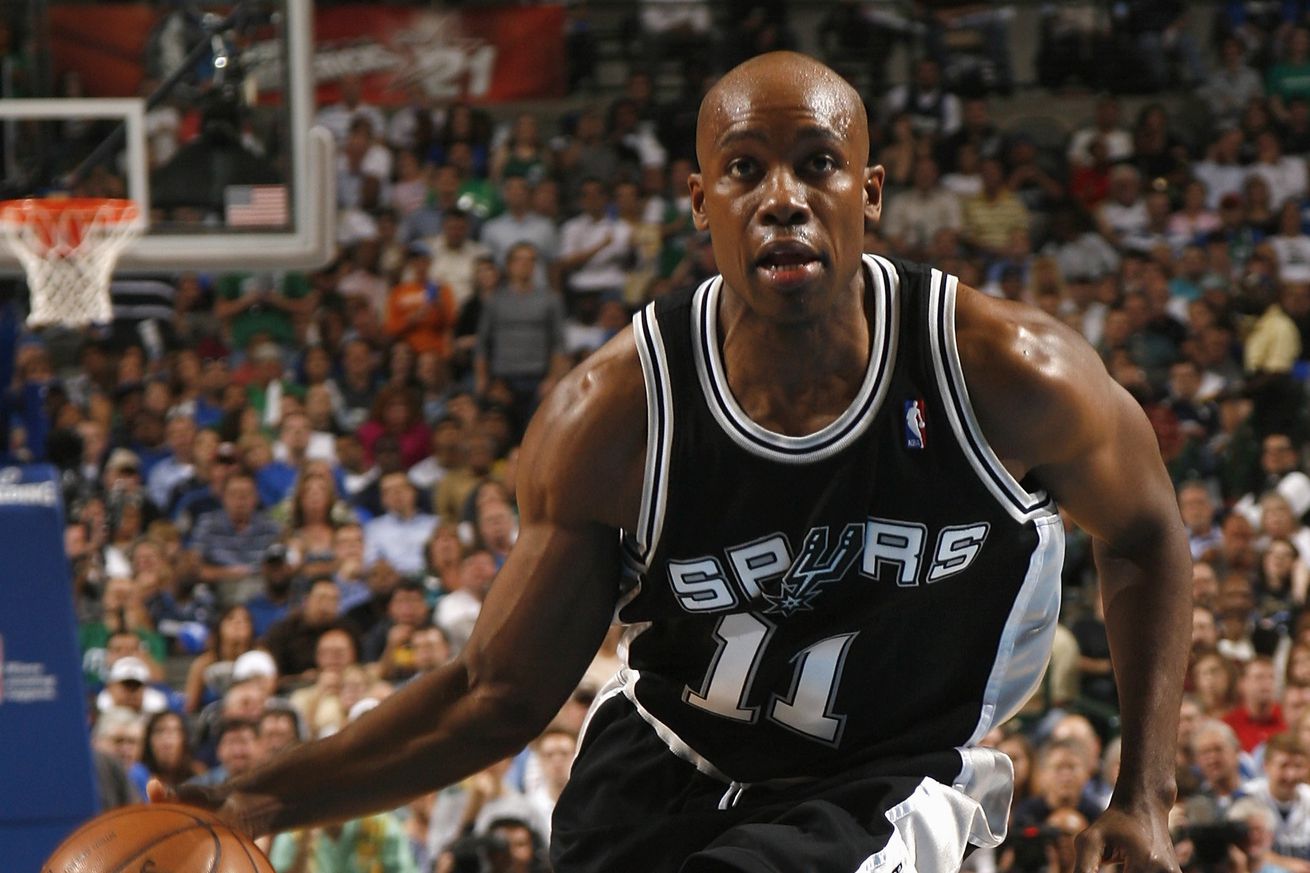 The number is: 11. You may not know the names, but you know the titles.

The Spurs have captured five Championships. In each there has been only one consistent presence – Tim Duncan. Although his #21 is the only jersey number to have been worn for the winning of all five rings, there are jersey numbers that were worn for four rings. Almost every fan can identify two players whose numbers appear four times- #9 Tony Parker, whom we discussed last time, and #20 Manu Ginobili, who is the topic of the next installment. Previously, we looked at #2 and #4 and the rings collected by the men who wore those respective numbers. To this list, add #11.

This is an investigation into the players who have worn specific jersey numbers throughout the Spurs history. Perhaps there is pattern to the Silver & Black’s best seasons, or maybe there is something random to the Spurs dynasty hiding in the numbers.

The inaugural bearer of #11 goes to Fred Roberts who was acquired in 1984 in a trade with multiple players for Stan Albeck. Roberts played one full season with San Antonio before being traded 22 games into his second season to the Utah Jazz for two 2nd round draft choices. Roberts was a journeyman in the NBA, but he was the first #11.

Ray Williams played 23 games in the double ace for the Silver & Black in 1986 before being waived. Anthony Jones suited up for 49 games as #11 during the 1986-87 after starting the season with the Washington Bullets.

One of the more recognizable names to wear #11 was Vernon Maxwell, who did so twice. He began his career with the Spurs after being traded by the Denver Nuggets on draft night. He played two season from 1988-90 before moving down I-10 to play with the Houston Rockets. Mad Max returned for the infamous 1996-97 season in which Gregg Popovich fired Bob Hill and took over as head coach. He played alongside Dominique Wilkins but missed the Tim Duncan era by one season.

Carl Herrera, the first Venezuelan to play in the NBA, joined the Spurs during the 1995-96 season and stayed for 3 seasons, but he only sported #11 in his first season. Herrera switched to #7 to accommodate the return of Vernon Maxwell in 1996-97.

Brandon Williams, the first NBA Champion to wear #11 for the Spurs, did so in only 3 games in February of 1999. He did not play during the playoffs at all, but was on the roster when the champagne corks popped, so he makes the list of NBA Champions. In total, he played 18 NBA games, making him a candidate for the NBA Champion with the fewest game appearances.

Shane Heal played 6 games with the Spurs as #11 in 2003 after playing most of his career in his native Australia.

Although Mike Wilks wore #29 with every other team he played on, he wore #11 during the Spurs Championship 2005 run. He played in 48 regular season games and did not see any court time during the postseason before moving on to Cleveland.

Guard Jacque Vaughn joined San Antonio at the beginning of the 2006-07 Championship run and stayed through the remainder of his career, retiring at the end of his 3rd Spurs season as #11. A year later he joined the coaching staff as an assistant before becoming head coach of the Orlando Magic. Vaughn is currently assistant coach in Brooklyn where fellow Spurs ex-pat Sean Marks is general manager.

Cedric Jackson wore #11 on a 10-day contract in March of 2009. The following season Chris Quinn joined the Spurs as #11 for 41 games during the 2010-11 season. After recovering from a career-threatening injury, T.J. Ford ended his career in San Antonio after only 14 games when he was elbowed in the back by Baron Davis. “If it’s anybody else, it’s just a regular play. But because of me and my condition a simple elbow in the back has a different outcome than hitting someone else in the back.” He was traded along with Richard Jefferson and a 2012 1st round draft pick to Golden State for Stephen Jackson, and was then waived.

James Anderson was drafted by the Spurs on June 24, 2010 as the 20th pick in the NBA draft. He played 26 games during his first season while nursing a stress fracture in the fifth metatarsal of his right foot. He would play one more season before the Spurs chose not to pick up his player option.

The artist formerly known as Jeff Pendergraph, Jeff Ayers joined the Spurs in the 2013-2014 reclamation Championship campaign and saw playing time in 73 regular season games. He saw mostly garbage time in the playoffs and Finals as the Spurs dominated throughout. He stayed on through the 2014-15 season but saw a reduction in his games and minutes. Ayers did not return for the 2015-16 season and has continued his career in the D-League, Moscow, Japan, and Turkey.

The current keeper of #11 is Michigan Spartan guard Bryn Forbes, who just had his contract guaranteed for the remainder of the season this week. Pop is fond of (in what appears to be all seriousness) comparing Forbes to Steph Curry.

What Forbes may want to know about his predecessors is that each of the men who wore #11 did not go into the record books for significant contributions. But rather, the endurance of the number reflects the role that the Spurs bench plays in the success of the overall System. At this time, #11 would not go down as one of the most celebrated numbers, but it is one of only 6 numbers to have been involved with at least 4 of San Antonio’s NBA Championships.

NEXT UP: #20 Manu Ginobili- El Contusione

For more: check out Hanging From the Rafters and Spurs By The Numbers