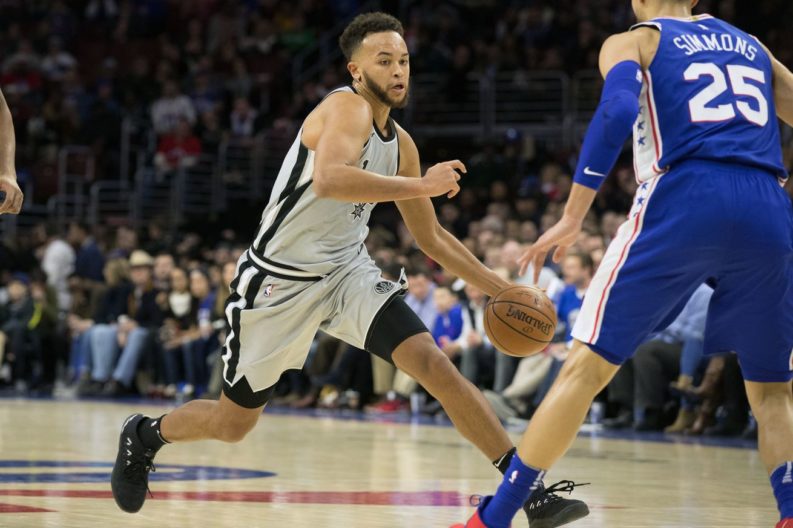 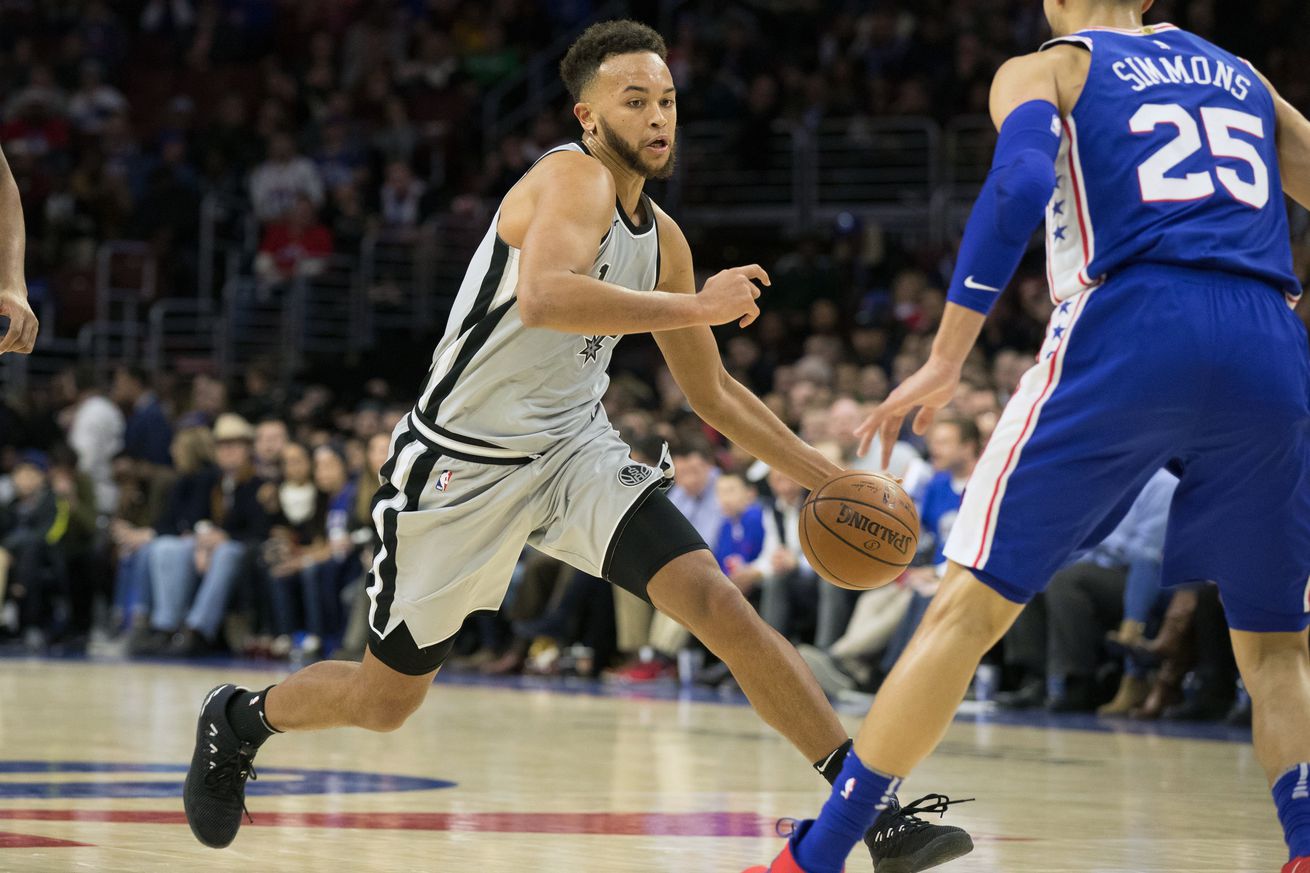 After getting punched in the mouth early, the Spurs hung around against the 76ers and nearly stole one in Philly. On the second night of a back-to-back with five core players sitting out due to injury management, age, and actual injury the Spurs eventually brought the necessary effort to get a victory, but couldn’t close the deal.

When healthy, the Sixers are a terrifying glimpse of the future: a potentially transcendent big man that possesses an unmatched combination size and skill; a jumbo-sized point guard nightmare that can’t shoot but can’t be kept away from the rim; and J.J. Redick running laps around the perimeter. However, the Sixers are still in the very beginning stages of learning to win basketball games, and they nearly let a depleted, dogged Spurs squad steal the game.

The Spurs looked physically overwhelmed to start the game and overall incapable of handling Ben Simmons in transition, but they slowly found their footing once their own point forward got it going: Kyle Anderson. He is not Simmons’ peer in terms of athleticism or potential, but his effectiveness as a point forward this season is similarly unique.

Anderson’s confidence and talent as a one-on-one scorer was on full display Wednesday night, even if it isn’t the first thing that his game suggests. He is not an explosive athlete, but his herky-jerky, stop-and-start midrange game regularly stumps defenders, and he may currently be the team’s best perimeter creator. He was also the lone Spur capable of credibly defending Simmons, Robert Covington, Dario Saric, and Redick Wednesday night.

Along with Anderson’s steady play on both ends, Patty Mills got hot from all over the floor and LaMarcus Aldridge found a comfort zone shooting over the 7-2 Embiid, serving as safety valves on offense and putting pressure on the young Sixers to close out the game. With three different guys rolling, turnovers also subsided in the second half, and suddenly the offense returned to normalcy.

Though young contributors like Bryn Forbes and Davis Bertans struggled from the field, they made good on earlier reps this season and contributed to the Spurs’ near-comeback. Bertans is an immediate floor spacer and took on a larger role in the offense as an early option and playmaker to some decent results, while Forbes continued his encouraging stretch of play as a shooter, shot creator, and hustling defender.

For rookies Brandon Paul and Derrick White, Wednesday night in Philly was a nice benchmark. Paul and White both often look to still be processing the game on the offensive end, but defensively, Paul once again showed to be up to the challenge of switching onto bigger players, chasing down loose balls, and crashing the glass. White did a serviceable job without serving as a negative. These reps add up over time.

For the role players like Pau Gasol, Joffrey Lauvergne and Dejounte Murray, the loss to the Sixers serves as a reminder of who they are in the context of a fully available team and how they can be effective against just about any opponent.

Gasol is a very large and skilled player, but his age and declining athleticism become more apparent without elite wing defenders like Leonard or Green around to catch the cracks in the defense and keep Gasol out of trouble. He is also generally a great floor spacer and passer on offense, but is much less effective without the very best cutters looking for his passes from the 3-point line. Against the Sixers, not only was it a back-to-back night, but he was not able to maximize his value without serving as a target for a Simmons-Embiid pick-and-roll.

Lauvergne’s offensive rebounding is always valuable, but without elite scorers and playmakers pulling focus off him, his post game generally falls a little flat, and it did against the Sixers. He is a great energy player, and can boost the team in smaller spurts. He has not filled a consistent role with the Spurs due to injury, but expect him to get meaningful minutes as the season progresses and Pop moves to save Gasol and Aldridge from wearing down.

As for Murray, he was once again saddled with foul trouble Wednesday night, and without a smaller point guard to tower over, he was not a decisive advantage on the boards or on defense. However, as an athlete, he looked comfortable against Philadelphia, and probably could have been even more aggressive going to the hoop against Embiid. Most of the time the Spurs roll without everyone in uniform, the floor shrinks a little too much for Murray to really become a game-changer.

When healthy, a clash with the Sixers would flip in the Spurs’ favor simply because Leonard is still the best player between the two teams and Philly isn’t ready to be a very good team consistently. However, even without Leonard or four other important players, the Spurs figured out how to put the onus on the Sixers to win the game by cutting down turnovers and defending in transition, and it was almost enough. The future of the league is exciting, but the Sixers aren’t the only team with reason to feel confident.

-Bryn Forbes and Dejounte Murray seem to be consistent threats to foul a 3-point shooter on any given possession and I’ve been waiting for Pop to make that an automatic hook. However, props to DJ for his volleyball spike of a shot attempt to start the fourth quarter.

-Kyle Anderson, Dario Saric, and Ben Simmons all feel like they belong to one sort of basketball family. I love watching each one for very different reasons, too.

-LaMarcus Aldridge seemed to be fairly bothered by swarming double-teams and Joel Embiid’s size in the first half and much of the second, but he worked his way into a good groove, which eventually produced some of the hardest fadeaways I remember him making. He is still amazing to watch.

-Bertans was on the wrong end of an Embiid poster but he made a 3 later in the game to cancel it out.

-Derrick White showed very small glimpses of his potential against the Sixers, and I’m still confident that he is going to be a real player for them in the future.