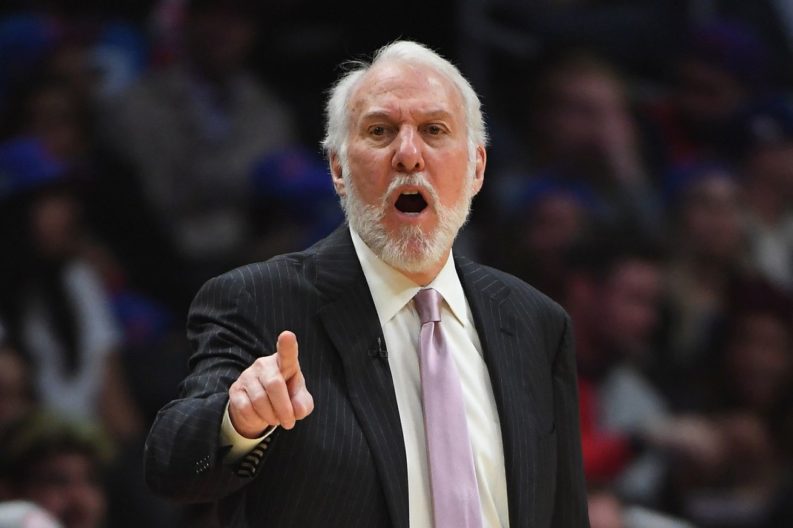 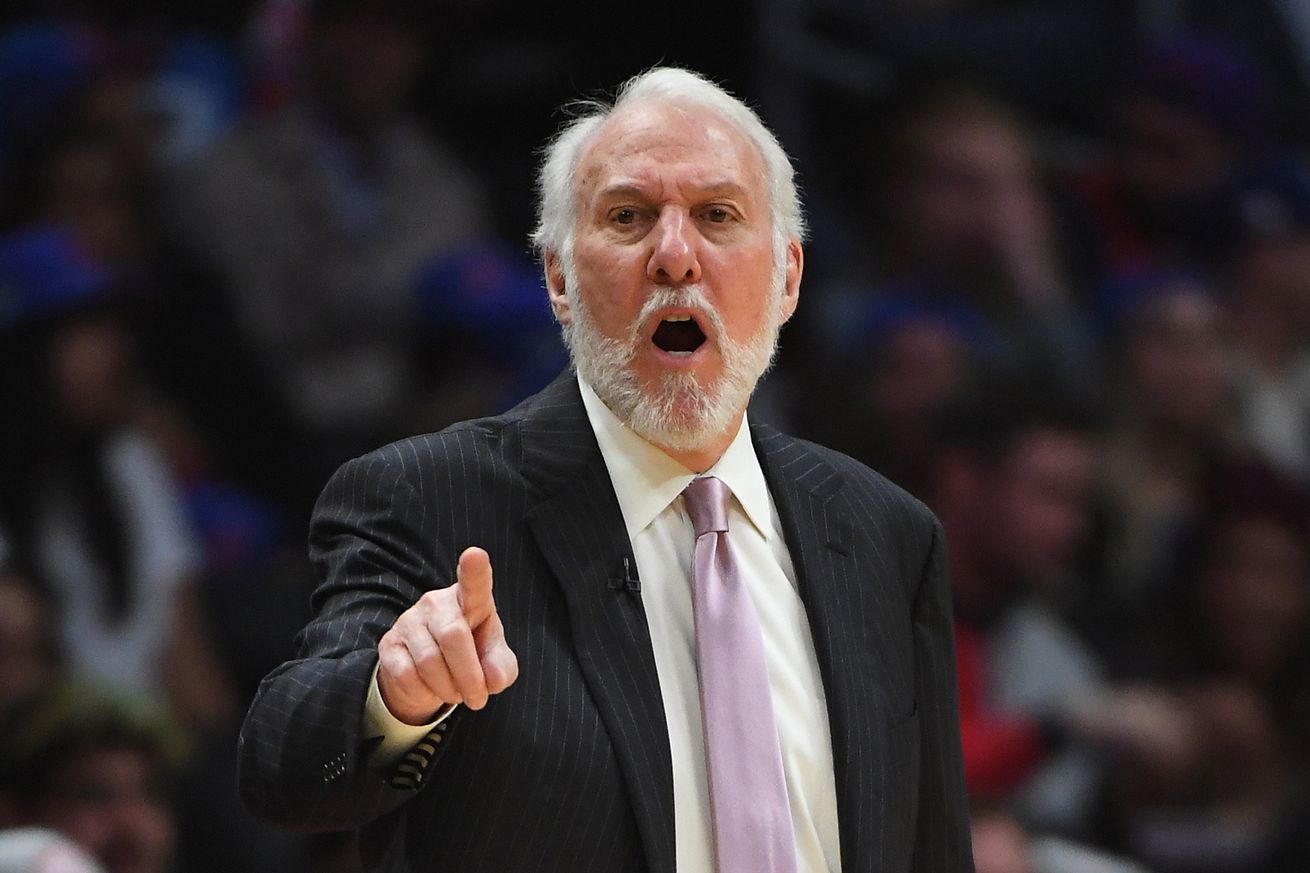 A strong effort on the offensive boards wasn’t enough to overcome another night of poor shooting.

Oh how I miss the good ol’ days of two weeks ago when the San Antonio Spurs were last in the NBA in defense but had a record of 6-2. Since then, the Spurs defense has been arguably better – though I’m not buying what some of the statistics are selling – but the offense has somehow made me long for last year’s offense. As a result, the Spurs have lost five of their last six games and do not seem to have any semblance of an identity.

The Spurs at least showed effort and fight in this one, but Lou Williams was too much to handle down the stretch, and the Spurs attempt at late-game heroics fell just short of the goal.

As has become the norm, especially on the road, the Spurs starters got off to a sluggish start. Rudy Gay came in midway through the first quarter after sitting out last night’s contest, and he immediately had a positive impact on the court. Gay scored an efficient six points on four shots in the first quarter, including this prime example of making lemonade out of lemons.

Rudy Gay just making something out of nothing #GoSpursGo pic.twitter.com/bbKGbwJ2DQ

It is always fun watching Gay out there, and the Spurs have been missing his ability to get his own shot on offense when they need a bucket.

The Spurs made it a point to try and get LaMarcus Aldridge in a rhythm by going to him early and often, with mixed results. He hit a couple tough turnaround jumpers, but was settling too much against lesser defenders. Aldridge scored six points in the first quarter on six shots, but that would be the last time he would score a point until late into the fourth quarter. The Spurs offense is still mostly built around Aldridge, so they will continue to lose games until Aldridge figures things out on the offensive end. Even with some struggles on both sides of the court, the Spurs found themselves down only one after the first quarter.

Williams scored a tidy six points in the first quarter for the Clippers, which led to another Coach Pop gem during his on-court interview.

Unfortunately for Coach Pop and the Spurs, Pop was unable to find a way to get Williams disqualified, and he would end up leading the Clippers team with 23 points. Every time I watch Williams play he seems to make a flurry of insane shots. I used to think it was all luck, but the better you are, the luckier you get I suppose.

For the first half of the second quarter, the Spurs looked like a G-League team. Actually, that’s offensive to G-League teams around the nation. The defense was lethargic and the Spurs were 1-10 from the field, leading to a 30-44 deficit. As has been the norm this season, the Spurs settled on offense instead of trying to collapse the defense by going strong to the rim. Maybe it has more to do with personnel than it does effort, but it looked like the Spurs thought the Clippers still had DeAndre Jordan manning the painted area.

After a timeout by Pop, the Spurs offense turned the switch. DeRozan started weaving his way into the paint, leading to easy buckets and free throws. An 8-0 run by the good guys brought the Spurs within six.

With four minutes to go in the second quarter, Forbes hit a Curry-esque three pointer from way beyond the top of the key, got fouled, and completed the four point play. For some reason unbeknown to myself, this play brought the Spurs within one point of the Clippers’ lead. The Spurs briefly took the lead towards the end of the second quarter, but ended up down one at half.

Not a whole lot of good came out of the third quarter, and the Spurs found themselves down 84-91 going to the fourth quarter. There was this though…

This was, by a long shot, the play of the night. Missed in all of this was an incredible chase-down block by Dante Cunningham, which ultimately led to the gorgeous pirouette finish at the rim by DeRozan. Just in time for The Nutcracker to come into town for the holiday season.

The Spurs looked like they were going to phone it in during the fourth quarter, but as they had been doing all game long, they clawed their way from a double-digit deficit to a single point with just over four minutes to go in the game. It was at that point Gay left the game and went into the locker room. He did come back to the bench a short time later, but never reentered the game. The Spurs are just not a very good team without Gay, so if he continues to be banged up all season, the Spurs may be finding themselves in the lottery come next summer.

Tied at 107 with just over 40 seconds left in regulation, Williams hit a three pointer from his hometown of Memphis. DeRozan would score a quick bucket to bring the Spurs within one, but that would be as close as they would get in this one.

The Spurs complete the sweep of their three game road trip, just not the kind of sweep we were hoping for. They are now 7-7 on the season and are in a four-way tie for 9th in the hyper-competitive Western Conference. I’d like to say that better days are ahead, but I’m just not sure anymore.

Coach Pop seemed relatively pleased with the effort tonight. When asked about the way the Spurs played, he said “We got better tonight in a lot of different ways. I’m just thrilled with them. As long as we carry it over from game to game to game.” I can’t argue with the fact that tonight was a better effort than the two games versus the Sacramento Kings and Phoenix Suns, but have we really set the bar this low for the season?

Pop also gave Aldridge credit for his efforts tonight. “LA was great tonight,” said Pop. “He busted his butt. He wasn’t struggling at all.” To his credit, Aldridge did finish a +8 on the court tonight and grabbed six offensive rebounds and had 16 rebounds in total. A couple of those offensive rebounds came late in the game, and helped the Spurs stay within grasp of a victory. Of course, the pessimist inside me believes the Spurs wouldn’t be having to attempt all these comebacks this season if Aldridge could throw it into the ocean.

Aldridge admitted after the game that his struggles on offense are something he’s yet to experience in his career. When asked about his struggles, he said “I don’t think I’ve ever gone through (something like) this, but I will figure it out.” Aldridge needs to figure things out sooner rather than later.

Aldridge was also asked about helping the team out on hustle plays when his shot isn’t falling. “I try to do those things every night,” said Aldridge, “but lately I am definitely trying to do that more and let the other guys do all the scoring. Just try to protect the rim and try to be the guy leading the defense.”

From a numbers perspective, the Spurs did a really good job tonight. They had a ridiculously low five turnovers on the night, though a costly turnover by DeRozan late in the game cost the Spurs a chance at taking the lead.

One of the biggest advantages the Clippers had coming into the game was points in the paint. The Spurs ended up outscoring them in the paint 52 to 46, with a lot of those points coming from DeRozan and Gay.

The True Shooting Percentage (TS%) once again doomed the Spurs. They are working their way towards being one of the least efficient teams in the NBA, and it’s starting to result in frustrating loss after frustrating loss. They say it’s a make or miss league, and it’s hard to argue at this point.

Final notes from the game