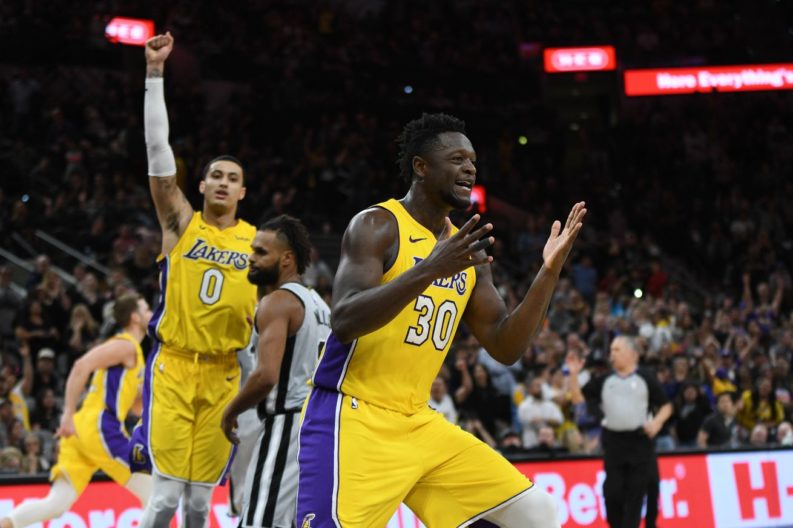 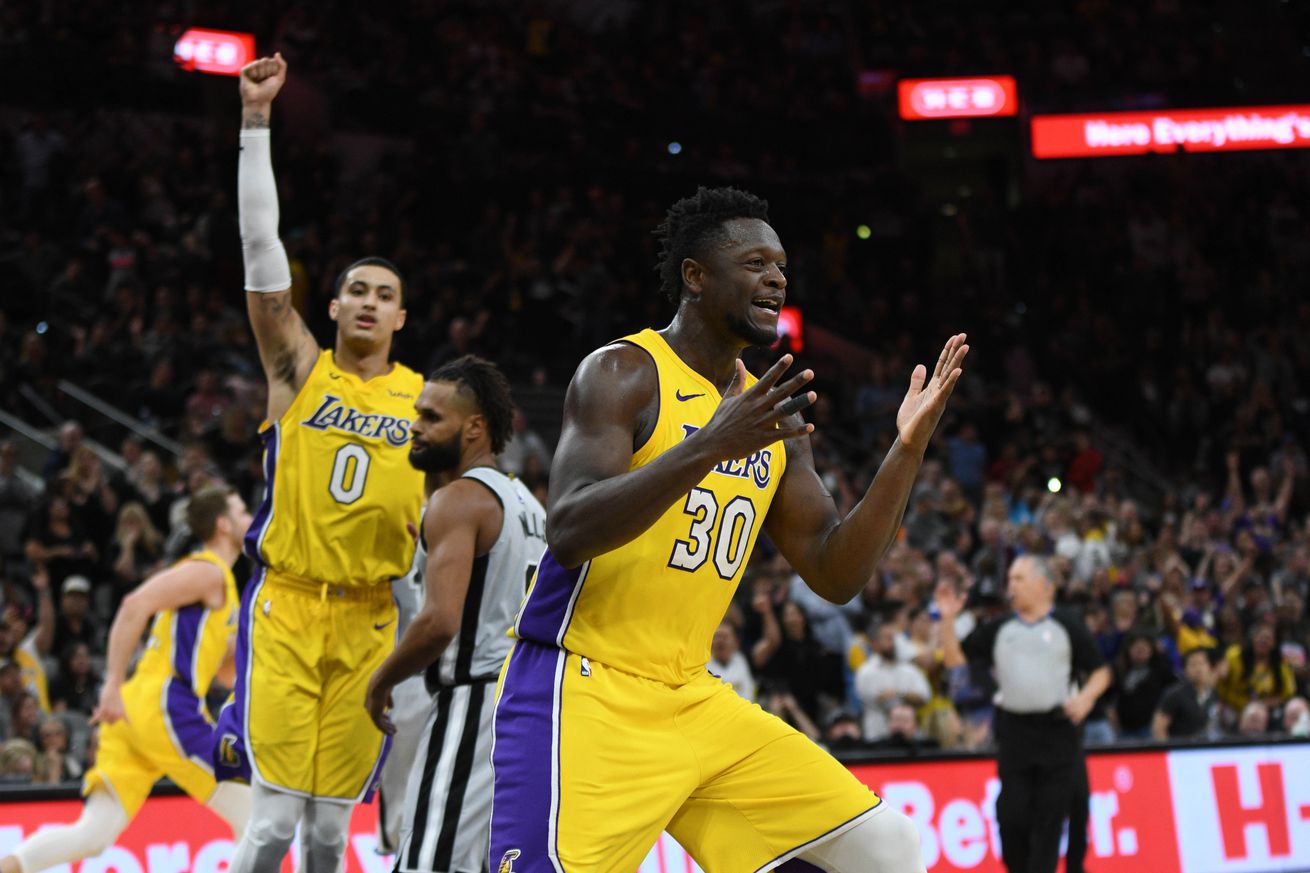 Up by 12 points with less than six minutes to go, San Antonio squandered another fourth-quarter lead in a game it couldn’t afford to lose.

Before Saturday night’s 116-112 home loss to the Lakers, Gregg Popovich hinted at the toll this season could be taking on a squad that’s been stretched thin.

“How does that happen? It’s the same guys — they care just as much. They must be getting a little low on fuel as we move along, so we’re trying to dig down and figure out what we can do to get that back.”

Running out of gas has been a problem for the Spurs in 2018, in both the macro and micro sense. They’re 11-15 since the calendar flipped over, losers of eight of their last ten, and approaching the toughest part of their schedule yet. The team has also wilted in the final stretch within games — which is particularly vexing considering how strong it was at closing games in 2017. From October through December, the Spurs were one of the best in “clutch” situations, going 12-3 in games that were within five points with less than five minutes to go. In 2018? They’re 3-10.

Their most recent late-game meltdown may have been their most frustrating yet, given the advantage they had late and how much they needed this win.

Following a Dejounte Murray tip-in at the 5:43 mark, the Spurs found themselves ahead 103-91, an edge good enough for a 98.3% win probability, according to Inpredictable.

A not-depressing-at-all look at the Spurs’ in-game win probability, courtesy of Inpredictable. The dot is the 5:43 mark, when SA was up 103-91. They had a projected 98.3% chance of winning. https://t.co/z0iSjWaBv8 pic.twitter.com/9vSK5GdsAh

What caused that precipitous drop, beyond the absences of Kawhi Leonard (quad) and LaMarcus Aldridge (ankle) and general undertow of doom that has taken over this season? That was the question posed to the team afterwards.

“We didn’t make enough plays on both ends,” said Pau Gasol, who had 19 points, 10 rebounds, eight assists and three blocks on the night. “We didn’t come up with enough offensive or defensive possessions down the stretch.” Indeed, scoring more points would’ve helped, but the Spurs’ end-game issues were once again mostly on the defensive end, where they struggled to contain dribble penetration on pick-and-rolls, especially whenever Murray (12 points, seven rebounds, three steals) was off the floor. 25 of the Lakers’ 36 fourth-quarter points came in the final six minutes.

“I’m not even sure,” said Kyle Anderson, who had eight points, five assists and four rebounds. “It’s a 48-minute game. I think we had a great 43 or 44 minutes, but Lonzo made some big shots, and the ball didn’t go in for us. It happens.” Ball (18 points, 11 assists, seven rebounds) connected on three three-pointers in the final three minutes, the final one putting his team ahead 112-109. His jumper, the target of much criticism earlier in his rookie season, played a big part in helping L.A. come out with the win. Along with new Laker Isaiah Thomas (21 points, seven assists), he picked the Spurs apart in the half court, showing why he was the second pick in last year’s draft.

But there are reasons specific to this game, and there’s the greater underlying issue this team has had in finishing strong as of late. Davis Bertans (11 points, 5 rebounds in another start) was asked about the latter afterwards:

“It’d be great to have an answer for that. If we knew, we would’ve probably fixed it by now, but we just kind of made bad plays or turned it over or didn’t make shots, and the other team did.”

Players often speak in platitudes, sometimes because they’re true and sometimes because the questions don’t have any refined answers in the moment. The fundamental thing that ails the Spurs is what’s ailing Leonard — everybody understands that — and the team would’ve certainly fixed that by now if they could. In the meantime all it can do is tinker, while hoping for the best from the health front, but one has to wonder if the engine will still continue to belch and sputter towards the finish line, and where that will take it.

The Lakers, overcoming a cold start

Los Angeles made only one of its first 15 shots on Saturday, a drought that San Antonio could only mildly take advantage of in the first quarter. Credit to the visitors, one of the league’s youngest teams, for continuing to battle and not letting the Spurs turn the game into a foregone conclusion in the first half.

One brutal charge drawn. One trip to the locker room after taking an inadvertent shot to the chest from Isaiah Thomas. One tough fall after being fouled on a fast break by Kentavious Caldwell-Pope. The Spurs’ oldest player continues to sacrifice his body, and it’s the hardest part of his game to watch, especially these days.

The very real possibility of S.A. missing the playoffs

Manu Ginobili knows that goals have changed as of late, and not for the better:

Manu after the game… asked about #Spurs sliding in the playoff picture … pic.twitter.com/NvcINBFAf9

Monday vs Memphis: another must-win

Saturday was a must-win, and the Spurs dropped all the way to seventh place in the West as a result. They’re a game out from eighth, and three out from 10th. The Western Conference playoff race is tight and things are only getting dicier.

Monday’s game against the Grizzlies is the last before a very difficult three-game road trip, and anything but a W against a ping-pong-ball-chasing team like that is unacceptable at this point. Here’s Gasol confirming that after the game (and yes, I know I need a haircut):