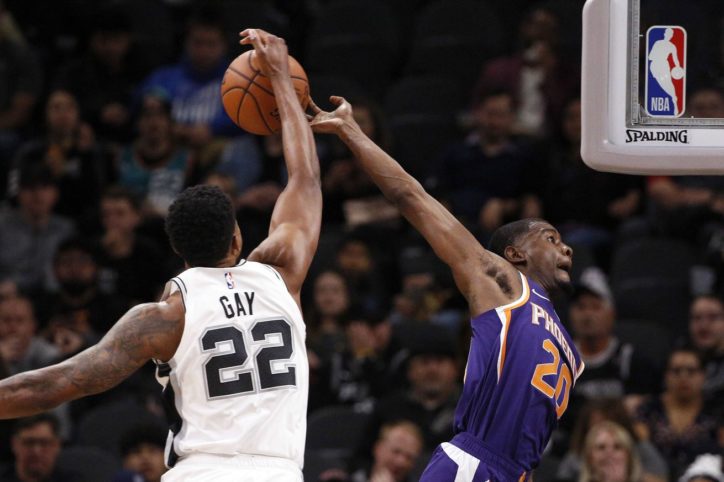 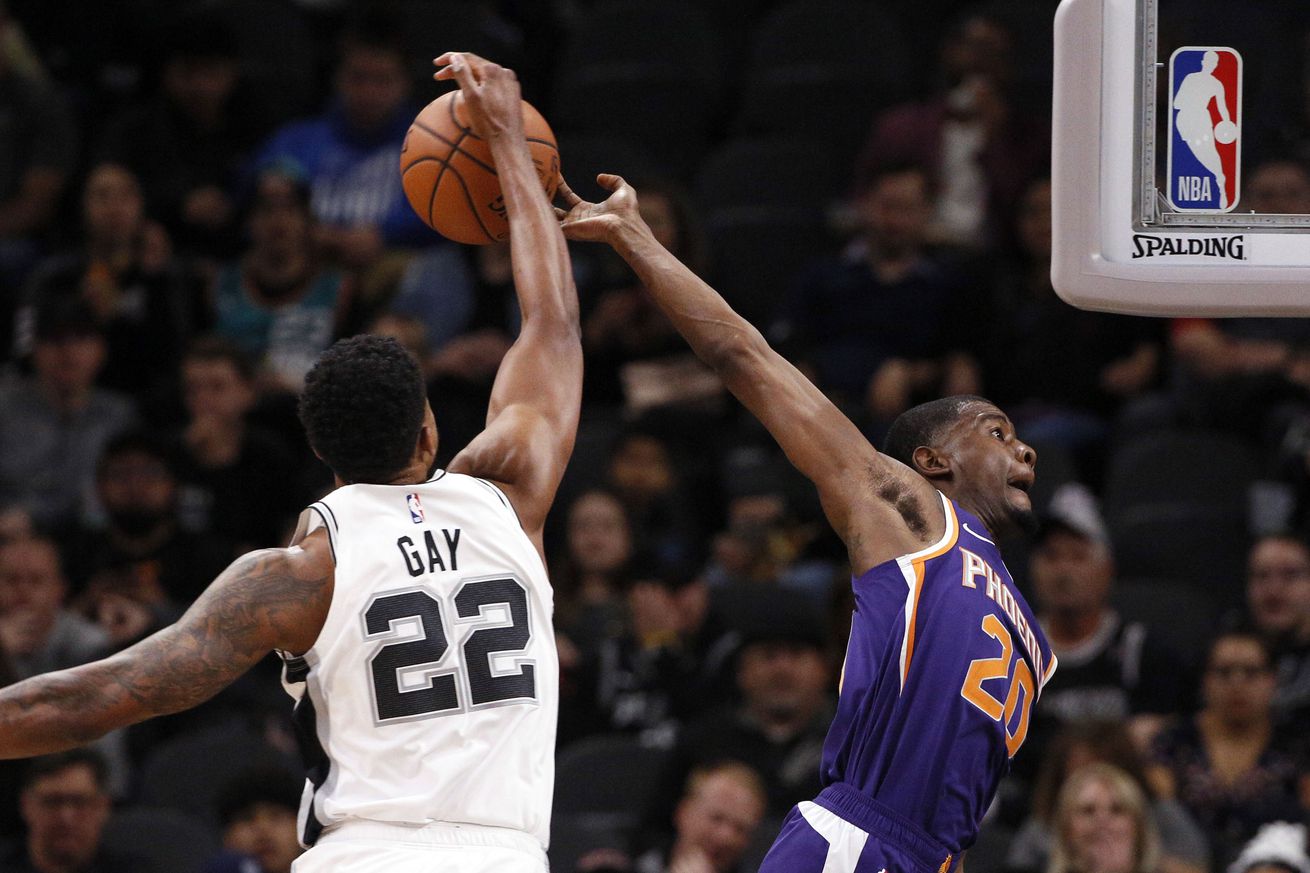 Someone had to ask the question. Even if Gregg Popovich knew it was coming and even if, for whatever reason, he clearly had no intention of contextualizing, reflecting upon, or at all recognizing the feat of moving into fourth-place all-time in coaching victories with a 111-86 win over the lowly Suns, a team Pop was quick to note was unfairly short-handed and “aggressive all night long”, it had to be asked all the same.

And as the first few words came, almost reluctantly, out of the reporter’s mouth — “You passed Pat Riley—” the Spurs coach calmly took his cue, kindly told the crowd around him to “have a good evening,” and exited stage left. On to the next one.

Whether it pertained to Pop or his players, Tuesday’s win was as much about the things we accomplish as the meaning we ascribe to them. Take Bryn Forbes, who paced the team with a season-high 24 points and 10 rebounds, the latter of which wasn’t just an NBA career high for him but — as he noted — translated to his first double double. “Ever,” he clarified. “Like, elementary school up til now. So, that was pretty big to me.”

Forbes didn’t hide what the performance meant to him, because why should he — an undrafted, undersized combo guard should revel in every triumph that he’s worked for, and which few could’ve ever imagined him attaining. Making it sweeter: his 24 points came off a perfect 5-for-5 night from deep after going 1-for-14 through his previous three games, a welcome bounce-back for one of the team’s best long-range shooters.

“I’m happy for him,” said Jakob Poeltl (8 points, 11 rebounds) when asked about Forbes’ stat line. “He was really excited about it.”

While averse to talking about himself, Pop had plenty to say in praising the third-year guard, who’s now started all 27 games for San Antonio:

“As I’ve been saying many times, I’m still waiting for him to hold out and say he’s not going to play another game until we change his contract — which we’re not gonna do. I don’t know if we even can… but we’re really proud of his development and the confidence that he has built and he’s become an integral part of the group for sure. It’s pretty obvious.”

It can be easy to overlook the individual player arcs that comprise a team, with goals and priorities that occasionally transcend what they’re looking to do collectively. This stands out to me whenever Rudy Gay, he of the repaired Achilles he tore in January of last year, makes up his mind to lunge towards the rim and dunk the ball. Since arriving last season, Gay’s dunk attempts have ranged from jaw-dropping to mildly imprudent, but also somewhat personal in nature as a guy still working his way back to form. One such effort in the third quarter lay somewhere in between, as he caught a pass from Forbes and sought to posterize some helpless Sun who could do nothing but foul to deny the basket. I asked him about it after the game, and if capping off plays like that with a dunk meant anything more to him these days.

“Yeah,” he answered. “Just finishing the play, getting the crowd into it, getting my teammates into it.” Smiling, he added, “Besides getting Bryn an assist, because he was 7 away from a triple double.”

It’s almost certainly not as hyperbolic as I’m making it out to be — the symbolism for each of these feats will vary person to person, day to day, and even dependent on when or how they’re asked about it. What it means is up to us as we continue to watch this team come together. The Spurs blew out the NBA’s worst team on Tuesday and are now 14-14. Do with that what you will.

Increasingly enthusiastic applause from the sidelines for the defense

After holding the Lakers to 21 points in the final quarter of Friday’s win, plus two ensuing games of allowing 97 and 86 points, respectively, the Spurs defense appears to be turning some kind of corner. It’s evident in the box score, the play, and how the team is applauding itself in-game.

San Antonio’s improved scrambling as Tuesday’s game went on drew visible praise from the Spurs’ head coach and floor general. As DeRozan helped secure the steal on a lob to Ayton at the 7:50 mark of the third, Mills could be seen on his feet from the bench lending his unique energy and enthusiasm. Shortly before that, Rudy Gay rotated over from the weakside to pick off a baseline pass, a play that had Pop — only a few feet away from Gay — up and clapping.

Thanks in large part to Forbes and Cunningham, the Spurs made 13 of their 21 three-point attempts, more or less par for the course for the iconoclasts of the modern NBA.

As Pop noted in his post-game, this one wasn’t a fair fight from the jump. The Suns, without Devin Booker and Trevor Ariza, started three rookies, plus Josh Jackson and T.J. Warren and continue to build on their pole position for a top seed in the 2019 draft.

Marco’s shot, seemingly better when on the move

I don’t have the numbers to back this up, and I don’t want them. After Belinelli beat the third-quarter buzzer with another one of his absurd, off-balance flings, I’m a believer that he’s more accurate accounting for the rotation of the Earth and jumping sideways before letting it fly.

While mostly an end-of-bench guy, it doesn’t take long to see how Pondexter can still find ways to lift teammates up with his unique, irreverent brand of humor. His post-game assertion that he could survive one round with Mike Tyson (today’s version) was a point of some colorful debate (well, mostly Quincy debating other people) which eventually spilled out on to Twitter.

Question of the night. Do you guys believe I could last 1 round with @MikeTyson currently?

Bruh you could hardly get up after the charge you took in a game this season… You know I’ll be there to help pick you up though https://t.co/1jweSK7h8X