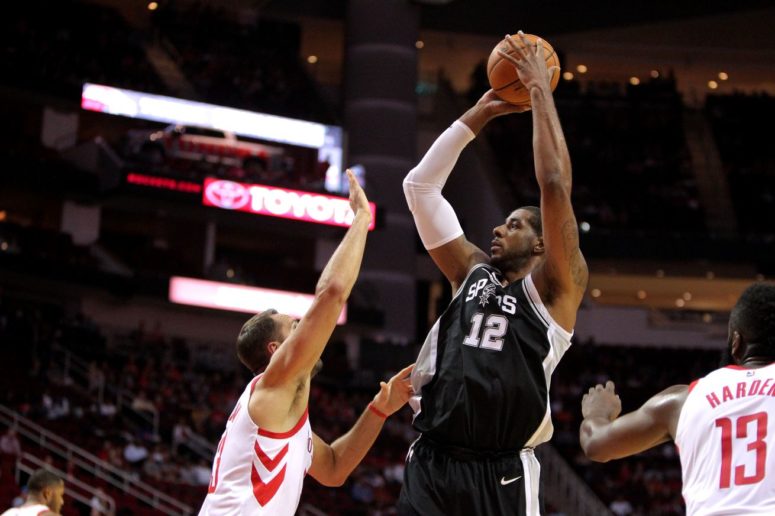 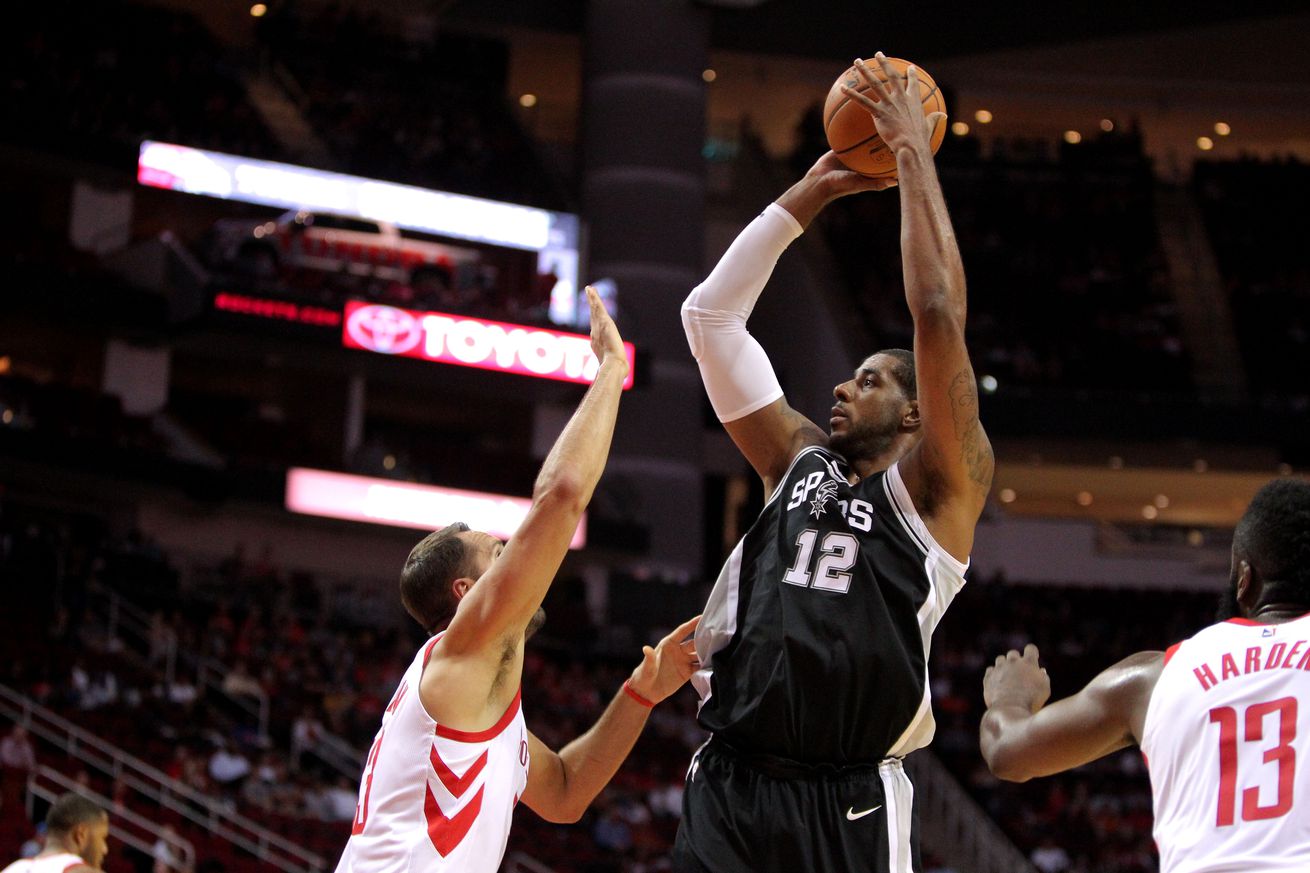 The Spurs finished the preseason 3-2 and looking ready to go.

With Dejounte Murray sitting out with a right hip contusion, the Spurs closed out the preseason with their 4th different starting line-up, this time featuring Patty Mills, Danny Green, Kyle Anderson, LaMarcus Aldridge, and Pau Gasol. The Houston Rockets were without Chris Paul, who sat with a sore knee.

It was almost like deja vu all over again, with the Spurs coming out of the Toyota Center with a win despite missing Kawhi Leonard and Tony Parker. Aldridge led the way once again, and while James Harden looked better than Game 6, he was still held in check on offense. It wasn’t a blowout this time, but most of the Spurs played regular rotation minutes and look ready to start the 2017-2018 season.

The Spurs started off moving the ball well on offense but had trouble defending the three on the other end as the Rockets built a 24-16 lead on the back of five three pointers in the first eight minutes. After Pop subbed everyone except Aldridge out, Joffrey Lauvergne, Bryn Forbes, Manu Ginobili, and Rudy Gay all scored on consecutive possessions to lead the Spurs on a 9-0 run to close out the quarter up 25-24.

Eric Gordon was on fire, scoring 19 points in the first half on 7-8 from the floor (5-6 from three). He was about the only thing keeping the Rockets in the game. The Spurs played excellent defense everywhere besides the perimeter, getting hands in passing lanes, stripping the ball, and pinning players under the basket whenever the Rockets tried to go down low. The Spurs led 54-51 heading into the half.

Both teams started the third quarter clanking threes, but the Spurs continued to establish themselves well in the paint and on defense. However, the defense disappeared as Pop emptied the bench, and the Rockets began pushing the pace on their way to a 15-2 run and 72-68 lead. The Spurs answered with a 13-4 run to take the lead back at 81-76 heading into the fourth quarter.

The start of the fourth quarter looked like two teams who were just ready for the preseason to end already. Midway through the quarter, Gay had a Manu-esque behind-the-back pass to Brandon Paul for a three to give the Spurs their first double-digit lead of the game at 96-85. The Rockets closed the lead to just five inside the two-minute mark, but the Spurs held on to win 106-97.

He did a good job of imposing his will in the post against smaller defenders and passing out to shooters when double-teamed. The Spurs will need him to keep this up heading into the regular season, especially with no timeline for Leonard’s return.

30 assists. The Spurs continued to move the ball well in search of the best possible shot. Another thing I liked is the Spurs winning the battle in the paint 60-36. Not only did the ball movement allow for several layups and pick-and-rolls, but it was yet another example of the Spurs breaking down Mike D’Antoni’s team with fundamentals and size.

The Spurs’ perimeter defense in the first half. Not having Kawhi Leonard and Murray certainly didn’t help, but the Spurs often found themselves in no-man’s land, stuck between two shooters while Gordon and Ryan Anderson got open looks. They improved in the second half – the Rockets only hit 15 of 53 threes, after all – but no matter who is on the floor, players need to have a better understanding of where to be and who they’re guarding.

That’s it for the preseason! The Spurs will be back in action on Wednesday for the season opener against the Minnesota Timberwolves. The game will be nationally televised on ESPN and locally on KENS 5. Just a few more days, Pounders!