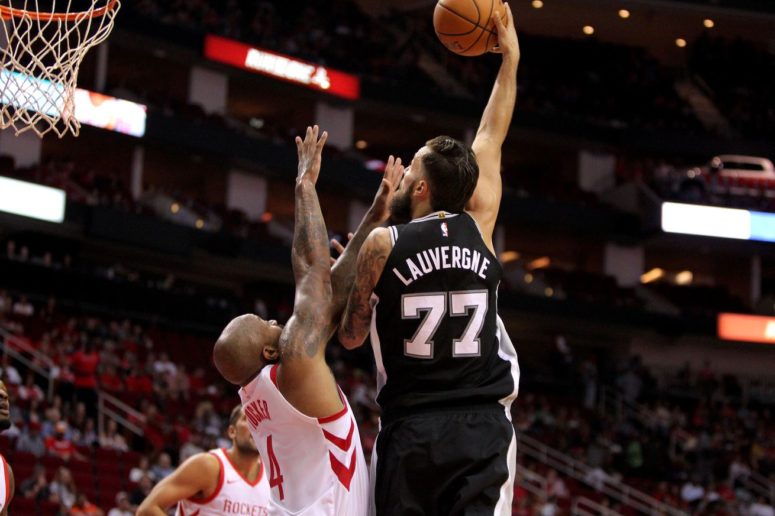 The Spurs successfully dodged being broadcast for their first four warmup games, but TNT caught up to them for their 5th, a 9-point win over the Houston Rockets. LaMarcus Aldridge led the way with 26 points and 10 rebounds, and Rudy Gay chipped in a tidy 14-7-3-1. Both of San Antonio’s high scorers shot well, combining for 18 of 32.

The whole team shot almost 53%, while holding the Rockets to under 40% from the field and under 30% from three. In fact, without Eric Gordon coming unhinged from deep for 6-12, it would have gotten really ugly. But with no other Rocket able to connect consistently, the Spurs won every quarter and survived every run the home team made.

Got the preseason W tonight in Houston. pic.twitter.com/rq5FZHhtyo

One streak after another

If you just look at the quarterly scoring, it looks fairly straight forward. The Spurs won each quarter by 1, 2, or 4 points to get the road win. But this was a game of runs. Neither team ever ran away and hid from the other, but both teams suffered multiple scoring droughts. San Antonio had one early in the first as Houston went on a 14-4 tear, and they had one late in the fourth as a 102-89 laugher with 3 minutes to go became a 5 point game in just 90 seconds.