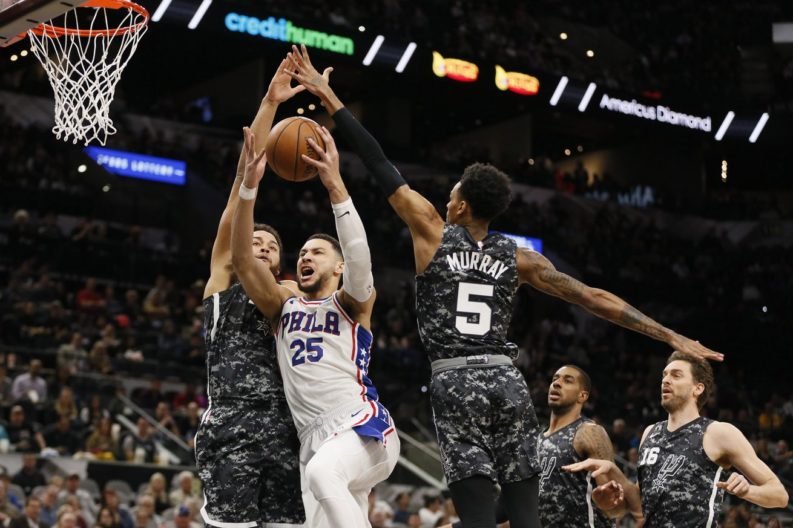 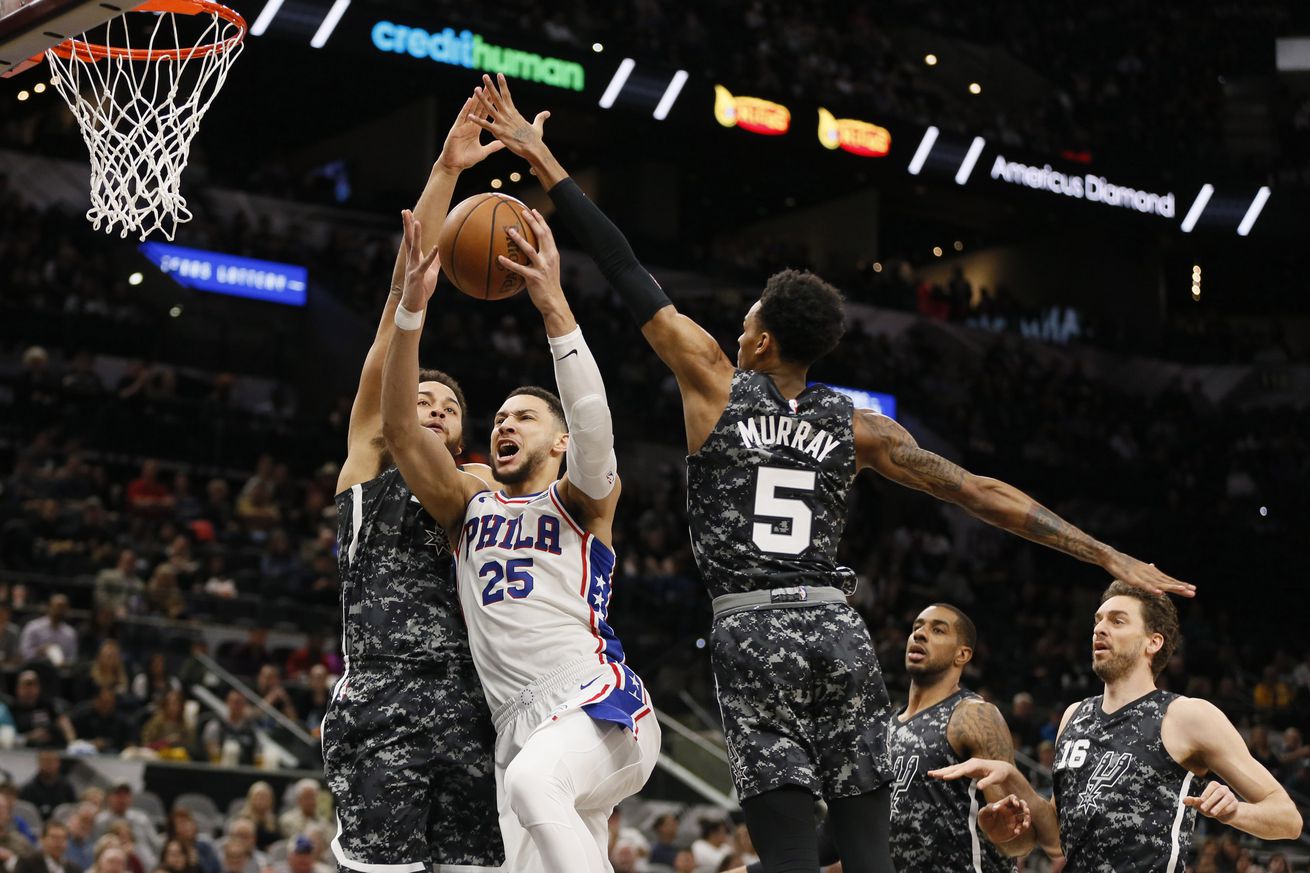 There have been several candidates for worst game of the year recently, and this was certainly one of them.

After two-straight wins that seemed to indicate that the Spurs might be breaking out of an extended offensive slump, it was back to the bad times for the Silver and Black tonight. As was the case with many of their losses this season, the Spurs came out extremely slow and out of sorts, and the Philadelphia 76ers took advantage in a game that was over midway through the first quarter.

The Spurs missed 17 of their first 23 shots on the way to a season low 31 points in the first half for a 20-point deficit. The effort and desire simply wasn’t there for much of the night, but it was for Philly, and they were rewarded with every loose ball and long rebound going their way, seemingly every contested shot going in, and wide open lanes to the basket.

The Spurs came out with a little more desperation to start the second half, but the ball still wouldn’t go through the hoop. In all they missed their first 14 three-point attempts — some open, some forced — before making three in a hard-fought but ultimately futile effort to get back in the game late. The short-handed Spurs could get closer than 16 throughout the second half before losing 97-78.

LaMarcus Aldridge was the only Spur who had anything going on offense, finishing the night with 18 points on 7-12 shots. Pau Gasol, who reached his 40,000th career minute early in the game, and Dejounte Murray were the only other Spurs in double figures with 11 and 10, respectively. On defense the Spurs had no answer for Ben Simmons, who finished with 21 points without even looking like he was trying. It was just that kind of night for the Silver and Black.

The Spurs return to the court on Sunday to take on the Sacramento Kings at home. Tip-off will be at 6:00 PM CT.