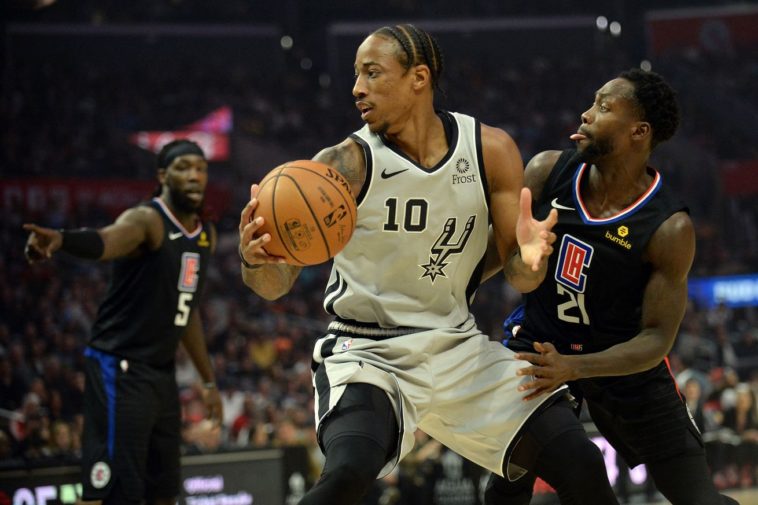 Despite 29 from DeRozan, the good guys couldn’t overcome a monster night from Kawhi on the road.

In the Spurs strongest showing to date, they dropped a close and competitive contest to the Clippers in LA on Halloween night. The 103-97 final score knocked the Spurs’ out of sole possession of 1st place in the West, but did more than any of their wins to cement the case for this team being much tougher than many expected. Kawhi Leonard paced all scorers with 38, and DeMar DeRozan led the Spurs with 29. Derrick White chipped in another 20 point game, and managed a very encouraging 3 of 4 from deep.

For the Clippers fan’s perspective, head over to Clips Nation.

The Spurs take a quick trip up the coast to the newly opened Chase Center for a match up with what’s left of the Golden State Warriors on Friday at 9:30 PM CT.