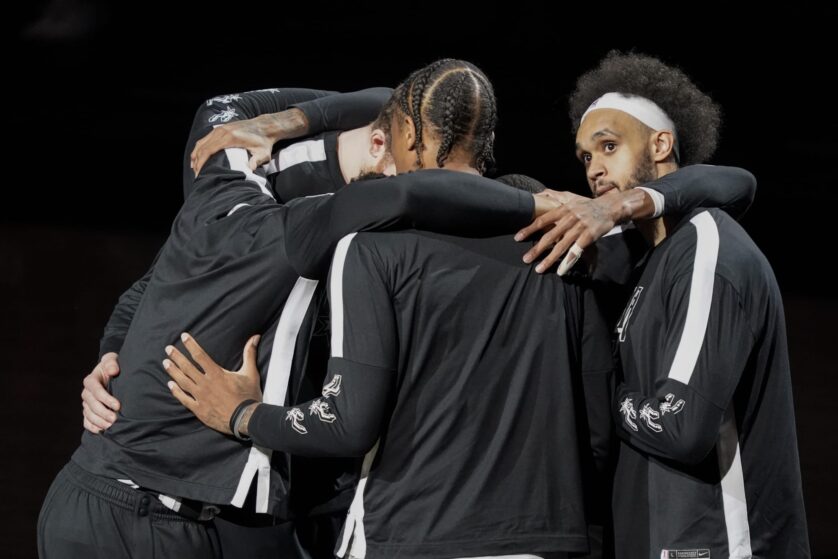 Tensions are at a high and morale is at a low point after we watched the San Antonio Spurs get eviscerated by the Indiana Pacers on Saturday night. There were some good performances from the Spurs but giving up 139 points in a night is unacceptable for any team. For an organization that built its heyday on suffocating defense, it’s downright embarrassing.

The Spurs are in a free fall. They’ve lost seven of their last nine games and their once bright playoff hopes are falling apart before our eyes. Is it too early to start picking out which lottery players would look best in a Spurs uniform? Probably, but that day could be coming soon.

San Antonio Spurs fans aren’t the only ones feeling frustrated with the team’s recent struggles. In his most recent power rankings, The Ringer’s Kevin O’Connor hit on a lot of the same things that have been bothering Spurs fans during this stretch of poor play.

The one thing that is even more frustrating than the mounting losses is the lack of decisive action from the Spurs. Similar to last season, it feels like the Spurs are struggling to pick a direction and the result has been hanging out in NBA purgatory without a clear path forward. Here’s what O’Connor had to say about the situation.

“The Spurs didn’t make any moves to bolster their playoff odds, nor did they trade away veterans. Saying so long to LaMarcus Aldridge was step one for the Spurs. That shouldn’t have been it.

With veterans DeMar DeRozan, Patty Mills, and Rudy Gay all set to hit unrestricted free agency this offseason, San Antonio should’ve moved them and fed more minutes to the kids. Instead, Gregg Popovich is still giving minutes to older players, which means young guys like Keldon Johnson often end up riding the bench in critical moments like he did for the final eight minutes in a loss to the Pacers.”

This is exactly what Josh Paredes was talking about when he said it was time for Gregg Popovich to make up his mind. We all get that the primary objective is to win games, but it would be nice to see him and the front office be a little bit more decisive in planning for the future.

This team clearly isn’t going to win a title this year so if they’re going to lose games why not go down while giving players such as Luka Samanic and Devin Vassell, key parts of the future of the franchise, the run they need to develop.

Rudy Gay has saved the Spurs this season and he’s also been a key part in many of their losses as well. And while I respect and appreciate everything he’s done for San Antonio since he’s been with the team he shouldn’t be part of the next five years of the team. So why is he still being prioritized over players who are?

Getting Gorgui Dieng and Lonnie Walker back will help San Antonio but will it be enough to get the Spurs out of the play-in tournament? Probably not.

Frankly, I’m less concerned with how this season ends and more worried about how the Spurs are going to get there. This is a perfect example of the journey being more important than the destination.

A first-round sweep at the hands of someone like the Utah Jazz seems like the best possible outcome for the Spurs at this point. And if that’s going to be the case I think we’d all rather see it happen with young guys playing heavy minutes rather than the veterans.

As long as the Spurs continue to sit on the fence, expect fans and national media to question the decision-making of the team that many have viewed as the gold standard for the past two decades.